Why we shouldn’t contact the dead, unless... | Inquirer Lifestyle ❮ ❯ 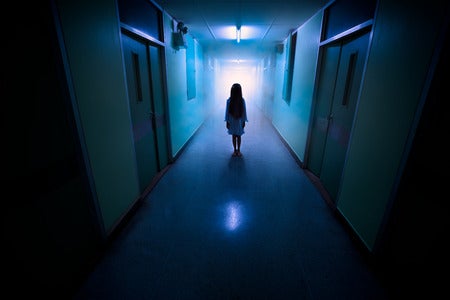 My reply to a reader’s questions last week about demons, ghosts and elementals sparked more questions from other readers.

“The Catholic Church does not believe that the dead can come back to talk to the living,” wrote one reader, “because when a person dies, he remains dead. What many believe to be talking to them are not their dead relatives or friends but the devil.”

I believe this teaching contradicts not only the collective experience of people all over the world who have experienced actual contact with dead relatives, but also the Bible itself.

In 1 Samuel (28:3-20), King Saul was able to talk to the spirit of the prophet Samuel through a female spirit medium from Endor. The woman described how Samuel looked, which convinced the king that he was, indeed, in front of the prophet Samuel himself. King Saul asked Samuel specific questions about what would happen in his battle with the Philistines, and everything that the dead Samuel told him came true.

These are a good number of documented cases and verified communications with the spirits of the dead from the annals of the American and British Psychical Research Societies, and from the testimonies of thousands of people around the world.

There have also been scientifically controlled experiments by scientists, medical doctors and researchers showing communication with the dead to be possible. A movie was even made of these experiments.

One meticulously documented series of experiments proving spirit communication beyond doubt was conducted by a group of four researchers led by Gary E. Schwartz, Ph.D. of the Human Systems Laboratory, under the auspices of the University of Arizona.

Dr. Schwartz was, at the time, professor of psychology, medicine, neurology, psychiatry and surgery at the University of Arizona and director of the Human Energy Systems Laboratory. He received his doctorate from Harvard University and served as professor of psychology and psychiatry at Yale University, and was also director of the Yale Psychology Center at Yale Behavior Medicine Clinic.

Four deceased persons’ names were given to three experienced mediums or channels. These dead individuals were known to at least one of the researchers, but not to the mediums.

The experiment, from beginning to end, was filmed and available for viewing by the scientific community, the press and the public.

Dr. Schwartz wrote the impressive results of the novel experiments in his book, “The Afterlife Experiments (Breakthrough Scientific Evidence of Life after Death),” with foreword by Dr. Deepak Chopra and published by Atria Books in New York in 2002.

Said Dr. Schwartz: “The mediums were being kept under observation so they could not compare notes after the sessions. We were struck by the amount of identical information they came up with—names, personalities, and so on—especially so for John Edward. A medium whose abilities were recognized very early, John as a child continually stunned his family by his knowledge of family history and events that had taken place before he was born.”

The second reason is I have done it myself several times. In all these cases, the persons involved confirmed the veracity of the contents of the messages from the dead. Such spirit communications I have experienced happened spontaneously and were not initiated by me.

One such message came from the 18-year-old son of a Latvian researcher, whose picture was shown to me. I did not know it was his son who had died six months before.

Another was a Supreme Court Justice who gave a message to her husband through me through automatic writing. Another came from the Taoist temple head who wrote to his wife through me.

Both living spouses confirmed the messages to be true.

I am against communicating with the dead. I do not believe that we should disturb those who have gone before us to the other side. If there is no manifestation or indication that the dead would like to communicate with the living, they should be left alone.

Only if the dead manifest or indicate, in no uncertain terms, that they would like to communicate with the living, should it be done.

Otherwise, the spirit of the dead will not rest in peace.