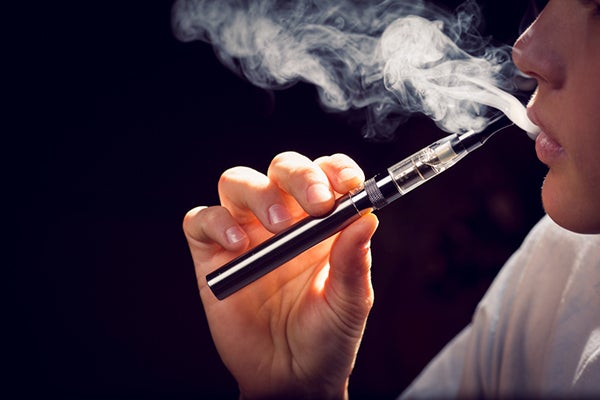 A new large-scale Canadian study has found yet more evidence to suggest that high school students who use e-cigarettes are more likely to go on to start smoking tobacco cigarettes.

Carried out in two Canadian provinces, the study looked at 44,163 students in grades 9 to 12 at 89 schools in Ontario and Alberta.

For the research, students were classified into 6 categories: current daily smokers, current occasional smokers, former smokers, experimental smokers, puffers and those who had never tried smoking.

The team found that in both phase 1 and phase 2, students who used e-cigarettes in the 30 days before the start of the study were more likely to start smoking cigarettes and to continue smoking after 1 year, a finding that is consistent with those found in similar studies.

“Youth may be trying e-cigarettes before smoking because they are easier to access: until recently, youth could legally purchase e-cigarettes without nicotine, whereas regular cigarettes cannot be sold to young people under 18 years of age,” suggested Dr. David Hammond from the School of Public Health and Health Systems, University of Waterloo, Waterloo, Ontario.

However, although the study found strong evidence to suggest that e-cigarettes lead teenagers to also start smoking tobacco cigarettes, the reason behind the association is still unclear.

“E-cigarettes may help to re-normalize smoking; however, the association between e-cigarettes and smoking may simply reflect common factors rather than a causal effect: the same individual and social risk factors that increase e-cigarette use may also increase the likelihood of youth smoking,” added Dr. Hammond.

As the study was carried out in only two provinces, the researchers advise against applying the results to teenagers nationwide.

The study also only looked at the effect of e-cigarettes on starting smoking, not stopping smoking, with the team suggesting that further research is now needed to explore the relationships between e-cigarettes and tobacco cigarettes better.