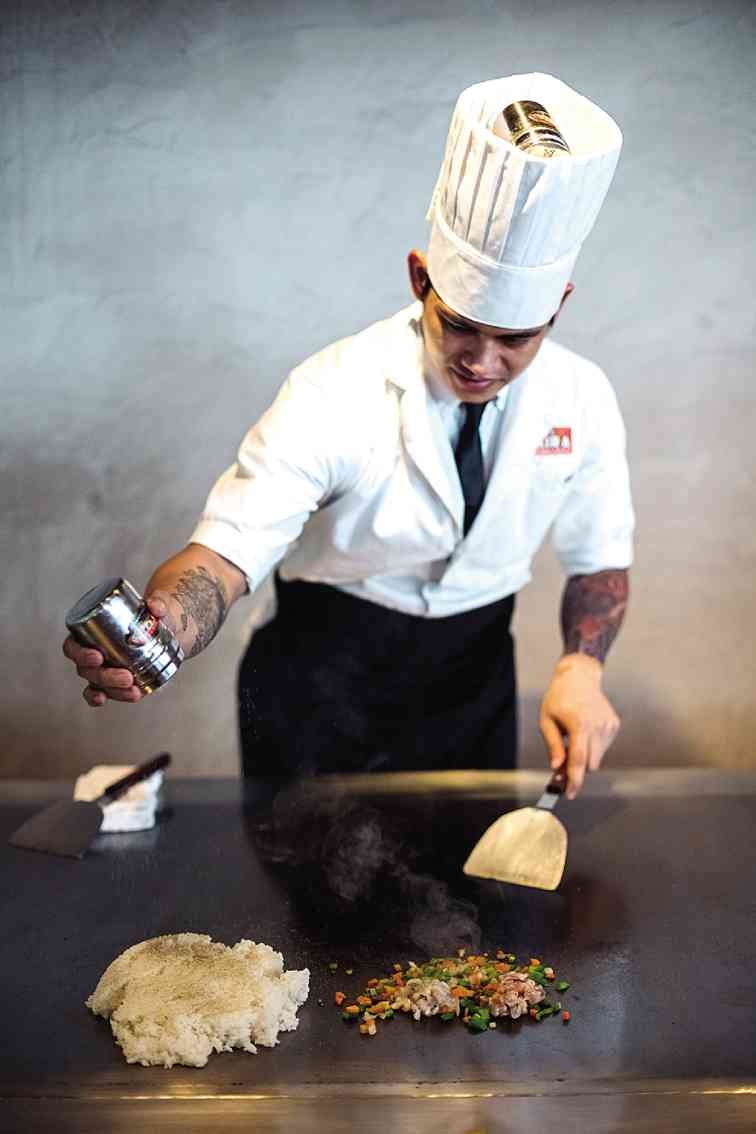 CHEF Lucky, one of Akira’s teppanyaki chefs, performs while cooking before a lunchtime crowd.

Abe to treat Trump to teppanyaki

Japan Prime Minister Shinzo Abe will host an unofficial dinner with US President Donald Trump at a teppanyaki grill restaurant in Tokyo on Sunday, The Yomiuri Shimbun has learned.

Abe intends to strengthen their personal relationship further by having dinner with a small number of people. The highly ranked restaurant is famous for wagyu beef, abalone and other grilled food on hot plates.

“[Abe] chose the restaurant for Trump, who likes steak dishes,” a government official said. When former US President Barack Obama visited Japan in April 2014, Abe hosted a dinner at a sushi restaurant in Ginza, as Abe had heard Obama liked sushi.

Trump’s key itinerary during his visit to Japan has also been announced. The president will play golf with Abe and Hideki Matsuyama, a top-ranking Japanese professional golfer, at the Kasumigaseki Country Club in Kawagoe, Saitama Prefecture, before the Sunday dinner.

Trump is set to meet with the Emperor and Empress at the Imperial Palace on Monday. Trump will have a summit meeting with Abe at the State Guest House in Tokyo’s Motoakasaka district. After meeting on the same day with the families of Japanese citizens abducted by North Korea, Abe and Trump will hold a joint press conference.

After Trump attends a dinner party hosted by Abe, Trump will leave for South Korea on Tuesday. The government will not have Trump visit the Izumo, one of the Maritime Self-Defense Force’s largest destroyers, as was temporarily considered, due to reasons including time constraints and security.

Ivanka Trump, the president’s eldest daughter and one of his advisors, arrived at Narita Airport on Thursday. She will attend the 2017 World Assembly for Women (WAW!) in Tokyo on Friday.

Ivanka will also have dinner with Abe on Friday, and is considering shopping in the Ginza district on Saturday.