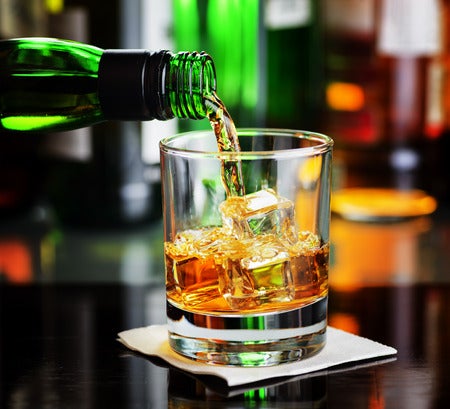 World’s priciest whisky shot turns out to be fake

Chinese millionaire Zhang Wei was pretty proud of himself after downing the world’s most expensive whisky shot while visiting a Swiss bar.

Turns out, the supposedly 139-year-old vintage scotch wasn’t authentic, after all.

According to a BBC report, the 36-year-old writer from Beijing unwittingly shelled out £7,600 (over P500,000) for a shot from an unopened bottle labeled as an 1878 Macallan single malt at the Devil’s Place Whisky Bar at Hotel Waldhaus in Switzerland last July.

Shortly after Xhang shared the experience on social media, several experts doubted the authenticity of the alcohol after spotting several  discrepancies in the bottle’s cork and label.

The online outcry prompted the hotel to send a sample of the scotch to specialists  Rare Whisky 101 (RW101) for analysis.

After rigorous testing, experts deemed that authenticity of the spirit’s true provenance was created between 1970 and 1972, while the drink was 60 percent malt and 40 percent grain.

Had it been legit, the entire bottle would have costed around £227,000 (over P15 million), the report said.

Since the revelation, Waldhaus has sent its manager, Sandro Bernasconi, to China to reimburse Mr. Zhang.

Surprisingly, he was not angry for being deceived and thanked the hotel for its honesty.  Khristian Ibarrola /ra