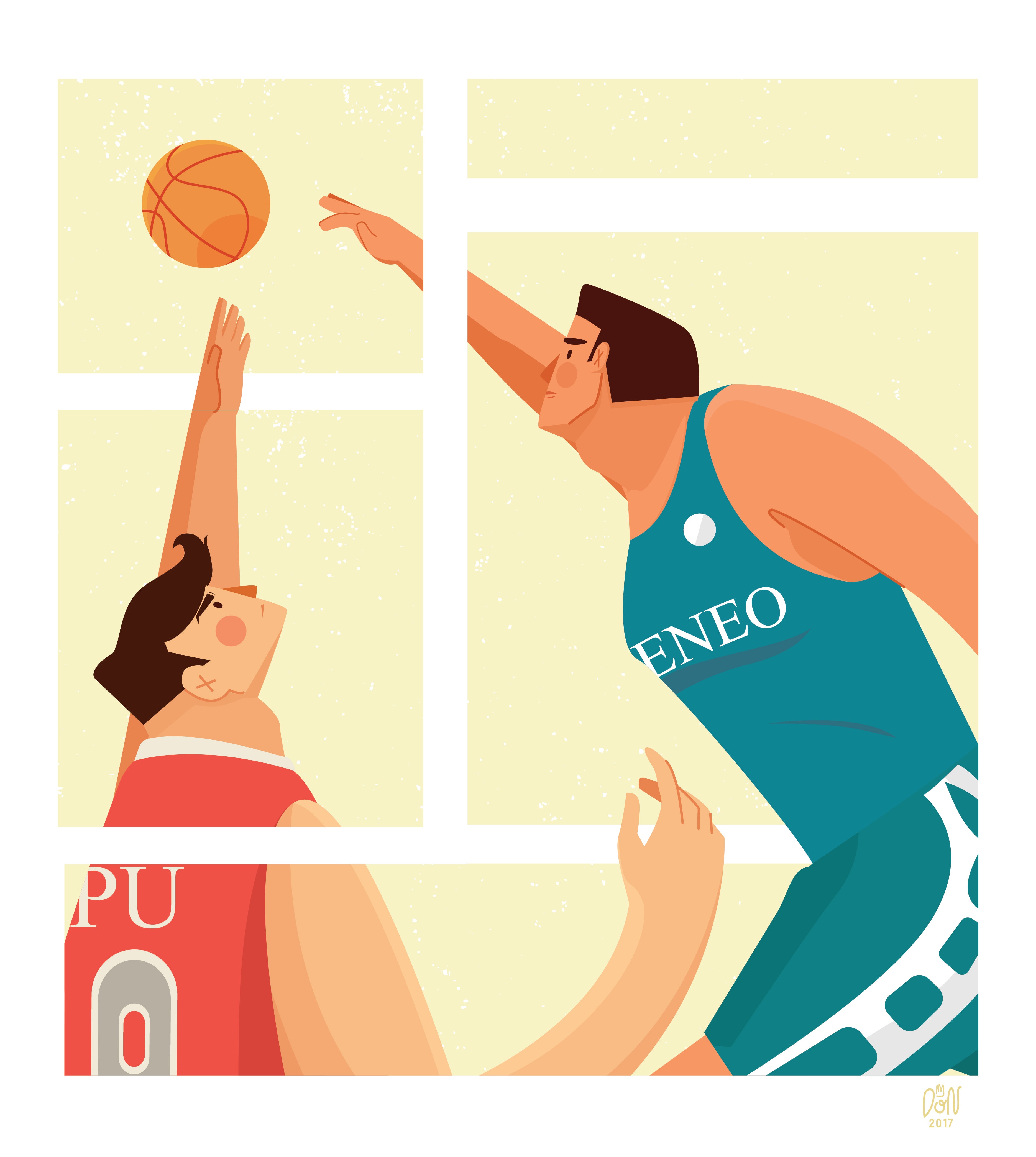 It’s no secret that Filipinos love basketball. It seems like everybody watches whenever there’s a game. There’s something about the fast-paced, almost unpredictable nature of the sport that draws the attention of the whole country.

At times, college basketball can be more exciting than the Philippine Basketball Association. College kids play for school pride, not for monetary rewards.

But beyond the honor and the trophies are the life lessons learned through basketball.

While talent and skills determine the outcome of games, both the Blue Eagles and the Pirates also rely on the gems of wisdom gleaned from quality coaching and years of playing on the court.

Three words—love, serve, care—are printed on the shirts of the Lyceum Pirates. Coach Topex Robinson introduced this mantra to the team, believing that the formation of core values is just as important as learning offensive strategies and defensive plays.

His goal isn’t just to mold the Pirates to become better basketball players, but also to make them better brothers, sons and fathers.

The Pirates are also reminded to play with love and empathy, a tall order for a bunch of jocks who might feel self-conscious about showing affection. Still, the team readily applied these philosophies into its games, resulting in wins on- and off-court.

The Pirates will face either the San Beda Red Lions or the San Sebastian College Stags in the finals.

Whenever the Blue Eagles tweet about the UAAP games, they usually end it with the curious #Bebob. The hashtag stands for “Blue Eagles Band of Brothers.” The guys aren’t just a team of players sporting the same jerseys—they’re a family on- and off-court.

Prior to UAAP Season 79, seven of the Blue Eagles were deemed academically ineligible and, therefore, cut from the team. This prompted head coach Tab Baldwin to issue this stern warning: If you do not fulfill your commitments outside the court, you have no business being on it.

Yet Ateneo exceeded expectations when it won six straight games and landed in the finals. (The De La Salle University Green Archers would win Season 79, beating the Blue Eagles, 2-0.)

This season, with the core team intact (save for Adrian Wong, who is recovering from a knee injury), the Blue Eagles racked up an impressive 11-0 winning streak. Should it keep this up in its next three games, this will be the first Blue Eagles team (and only the third in the Final Four era) to make a clean sweep of a UAAP season.

It’s history in the making, but Coach Tab prefers to focus on improving the players even more. He puts a premium on education and values, and his influence has certainly rubbed off on the team.

Ball is life. It’s a saying often used lightly by basketball fans. For the Blue Eagles and the Pirates, however, ball transcends life. More than making them better players, basketball makes them better men.