I haven’t heard of anyone eloping these days | Inquirer Lifestyle ❮ ❯ 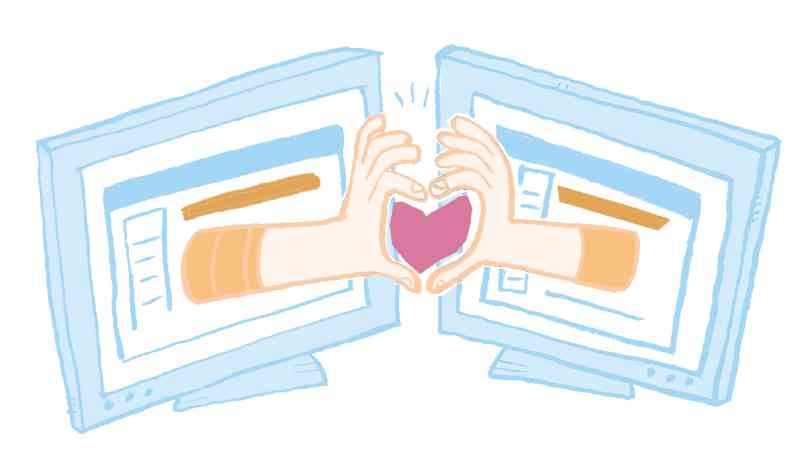 I haven’t heard of anyone eloping these days

My father, I am told, wooed and won my mother serenading her with a violin from his window across the street from her house.

These days, romance has gone digital. Facebook has taken over face-to-face courtship. Today’s young lass is wooed and won via the internet. My kasambahay’s young daughter spends her days glued to her tablet in promiscuous virtual relationships with numerous young men, to the distress of her mother, who despairs of imposing discipline on the 14-year-old!

No young person today, it seems, is able to survive without this gadget, no matter how humble the parental circumstance may be. In a way, it reminds me of the “phone pal” days of my youth when telephones were still a rarity and one frequently had to importune a neighbor to make a phone call, and/or verbally tussle with a party line over its use.

I remember a time when elopements were the “thing.” Many of my cousins, facing parental objection/s to the object of their affection, ended up eloping—then married in haste, upon their repentant return to the parental home, usually with baby in tow to soften recalcitrant parental hearts.

I haven’t heard of anyone eloping these days.

Today’s young lovers have it much easier. Many simply pack their bags and move in together, parental objections having become redundant in our more permissive society. I think—pious constraints notwithstanding—that the arrangement is pragmatic.

Why take on the “till death do us part” commitment unless you have given it some very serious thought, tried it on for size, so to speak, and are relatively sure the union will last beyond the throes of passion and the rigors of day-to-day reality? One doesn’t even buy a pair of shoes without fitting them! Marriage, surely, deserves far more serious consideration!

But there was romance in the repressive “good old days.” Doubtless the sense of anticipation, delayed gratification, and/or the attraction of the forbidden fruit have much to do with it.

My generation, which came of age in the ’50s, literally lived the age of innocence. Sex education was unheard of, and a taboo subject at home where the truth about the birds and the bees was never discussed.

I was in second-year university before I learned (from friends and classmates) that one didn’t catch babies from holding hands!

The usual courtship ritual was for the boy to pay court to a girl by formally calling on her at home (euphemistically called “visiting”). If the girl is pretty and popular, or if there were more than one girl of about the same age in the house, you could have several young swains “visiting” at the same time. Then, the situation could get somewhat muddled.

In my case, I had a very pretty younger sister, and it was not unusual for us to have a posse of boys calling on us simultaneously, it was difficult to tell which one of us a particular boy, or group of boys, had come to visit. In the normal course of events, however subtly it may be conveyed, the object of the boy/boys’ attention became clear, and eventually, the girl likewise would make her choice known by agreeing to “go steady” with a particular suitor, automatically eliminating the others.

The standard practice was for courting couples to sit facing each other across a table, or side by side on adjoining chairs, with or without the watchful eyes of a chaperone hovering nearby. Absolutely no touching, and no holding hands! Dating was not encouraged, and if allowed, required a chaperone, usually a trusted older person.

My sister and I were, on rare occasions, allowed to “double-date,” chaperoned by our younger brother, whom we promptly dispatched with a bribe to go see a movie and meet up with us later, at the end of the evening.

Even going out to parties with girlfriends was strictly restricted, and in my case, required a midnight curfew from my father. Thankfully, my mother shielded us from my father’s all-too-predictable midnight tantrums by turning back the hands of the hall clock until my sister and I were safely home and tucked away in bed!

A particularly romantic tradition of that era, which has regrettably disappeared over the years, is the harana in which a suitor “serenades” his ladylove with a guitar and a song. As mentioned earlier, my father is said to have won my mom serenading her with his violin from his window across the street from where she lived (streets must have been narrower in those days, and traffic noise at a minimum, for a violin to be heard at that distance!).

I had only one such harana experience, but ungraciously declined to acknowledge the suit by refusing to go to the window, all because I didn’t fancy the young man pleading his suit before me. Poor guy!

As the song goes, ‘Those where the days, my friend. I thought they’d never end…”

But end, they did.

Perhaps it is just as well that this romantic practice has disappeared. How indeed, do you serenade today’s ladylove, living 10, or 29 floors above, in a multistory condominium on a street clogged with traffic? Can the plaintive chords of your guitar and timbre of your singing voice, no matter how sweet or persuasive, overcome the resounding cacophony of the incessant traffic noise across the street?

And one may well wonder if digital courtship and dating are as romantic as in the days of the harana when boys pressed their suit by visiting their ladylove at home and stealing a kiss or two! —CONTRIBUTED