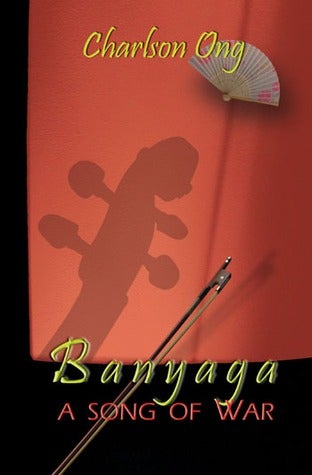 It’s the 10th anniversary of the publication of Charson Ong’s   “Banyaga a Song of War,” coming after the acclaimed “An Embarrassment of Riches,” and this second novel is worth going back to or simply reading if you haven’t done so.

The “war” in the title refers not just to WWII and the Japanese Occupation—indeed the author devotes many chapters to this—but   also to the silent war between Christianity and Buddhist, that is, between Filipino and Chinese culture; the war which Marcos unleashed with martial law; and the conflict between generations, specifically between fathers and sons.

Almost epic in scope, the novel ranges in time from the 1930s, with militarist Japan invading China and threatening the rest of Asia, to the present, the age of computers and mobile phones. Philippine history of the 20th century as depicted here is not just for window dressing, but serves as events the characters participate in or respond to.

The four endure the Japanese Occupation, with conflicting loyalties and blood on their hands, convert to Christianity (Catholicism and Protestantism), acquire Filipino-Spanish names, marry fellow Chinese, raise children (at odds with their sons), rise in the world and become taipans, each with varying degrees of wealth.

So we have three generations of Chinese-Filipinos whose parents can afford to send their children to schools like the Jesuit-run Xavier   school, the Ateneo, University of the Philippines and Dominican-run University of Santo Tomas.

While being nominal Christians, the sworn brothers do not forget their roots and onetime religion, and light joss sticks and burn spirit money in front of the altar of their forebears. Their world is one of the huanna (fellow Chinese) and the lannang (Filipino or non-Chinese).

Some of the scenes tremble on the brink of tear-jerking melodrama but the author’s objective approach and sure touch prevent pathos from becoming bathos. There is a constant shifting of viewpoints.

At the end, only two sworn brothers are left, old and weary of life. But the families have a symbolic plan to revive Manila Bay, or to revive shattered lives. And a grandson who is a skilled violinist serenades his dying grandfather, indicating art’s triumph over life.

As the writer Katherine Anne Forter put it in 1940: “The arts are what we find again when the ruins are cleared away.” —CONTRIBUTED