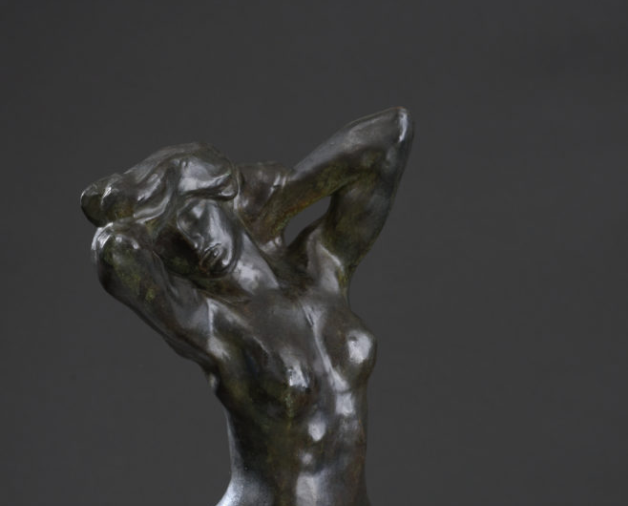 Rare Rodin sculpture to be auctioned in Paris

On Nov. 10, a rare sculpture by Auguste Rodin known as “Venus Washing” will be put up for auction at Hôtel Drouot in Paris.

In stark contrast to the tragic “Gates of Hell”, “Venus Washing” (also known as “Kneeling Goddess” and “The Awakening”) is a voluptuous, sensual piece. Signed by Rodin, it was completed on Sept. 13, 1945 at the Alexis Rudier foundry. The log states that it was worked on by three men for over 30 hours.

This rare sculpture went on view for the first time at the Jean de Ruaz Gallery in 1946. In 1963, it was shown at New York’s Museum of Modern Art as part of a major Rodin retrospective.