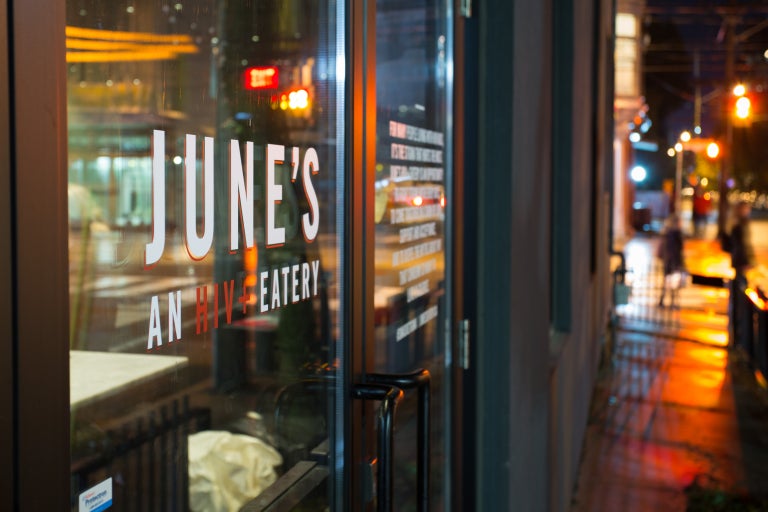 To reduce the stigma that people living with HIV/AIDS experience, a team of more than a dozen HIV-positive cooks will open Canada’s first HIV pop-up eatery in Toronto this week.

Led by chef Matt Basile of Fidel Gastro in Toronto, a team of 14 HIV-positive cooks aim to debunk myths surrounding the condition, by playing hosts to a two-day dinner party at June’s, where they’ll serve a four-course meal.

The restaurant is named after prolific Canadian activist and journalist June Callwood, who founded the Casey House, Canada’s first stand-alone hospital for people living with HIV/AIDS.

The results of a survey show that despite the strides made in treating the condition, the myths and confusion over HIV/AIDS persist.

Of 1,633 Canadian residents surveyed, only half of respondents said they would knowingly share or eat food prepared by someone who is HIV-positive, despite the fact that the disease cannot be transmitted through food preparation.

“My hope for June’s is that the experience leaves a lasting impression and will help to continue to break down barriers around stigma,” said Joanne Simons, CEO of Casey House.

May sets record for highest number of HIV cases – DOH