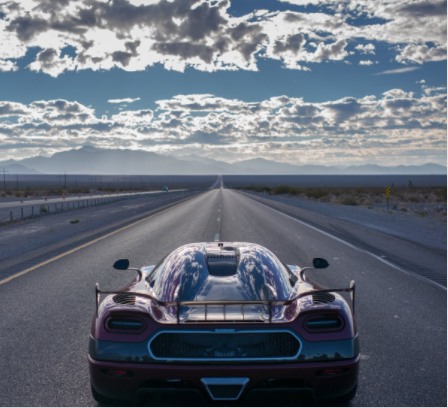 It seemed not too long ago that the Bugatti Veyron was once the king of the track, notching neck-breaking speed of 267 miles per hour.

The Hennessey Venom GT soon came in and claimed the throne, boasting an unofficial world record of 271 mph.

Both speedsters, however, appear to have been left in the dust by a new Swedish supercar, as the Koenigsegg Agera RS recently recorded an ultra-impressive 284 mph at top speed.

According to Koenigsegg’s official Twitter page, the remarkable vehicle was manned by fearless factory driver Niklas Lilja, who completed the feat on a closed 11-mile stretch of Nevada Highway, close to Las Vegas.

In an interview with Top Gear, Lilja revealed that he kept things steady to begin with and methodically built up momentum for the recored-breaking run.

Photo from the fastest speed recorded by a production car (Koenigsegg Agera RS) from Saturday on SR 160 btwn Pahrump and Vegas. pic.twitter.com/FGn18eRsc5

“I wasn’t nervous. The only hesitation was over the tires, as you always know that something could happen,” he was quoted as saying.

Although the fear of overworking the tires remained constant throughout the drive,  Koenigsegg engineers assured that the specially designed rubber would not generate excess heat or wear.

After clocking in the monstrous speed in one direction, Lilja also managed to keep most of the momentum  while fighting an uphill gradient and strong headwind, notching 271.19 mph.

A dash cam video from the record-shattering run is available below.  Khristian Ibarrola /ra