Which events and people will you remember 2011 for? | Inquirer Lifestyle ❮ ❯ Which events and people will you remember 2011 for?

The Death of Steve Jobs will be most memorable, since he has forever changed how we do things on a daily basis. Since the killing of Osama Bin Laden and Moammar Gadhafi, there is a sense of closure, and the world seems a bit safer.—Jerry Uy of Gingersnaps and Just G 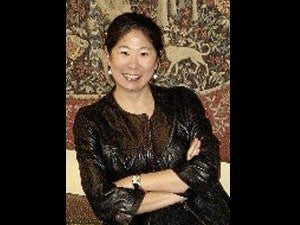 If there was a time I thought the world was really going to end (as in beyond bad hair, no taxis, and having nothing to wear), it was this year. There was no Big Bang, but the world kept getting hit literally everywhere, that I thought God was on a roll like Manny Pacquiao, so he would just beat us to a pulp until 2012, when the world is scheduled to really end!

The three events that rocked my world (in one case, literally) were:

1. The Japan earthquake—When it hit, I was in my kitchen in Tokyo and there was no news yet on TV (because the CNN reporter got stuck in the underground and Anderson Cooper was asleep. I was hoping for only one thing: that Yohji would go on sale soon. The resulting catastrophe was unfortunate in countless ways, but it showed the unity, civility and resiliency of a country and people I have grown to respect immensely.

2) Middle East unrest—Who knew Mubarak and Gadhafi would lose their jobs through social media, having been tenured for life (or so we thought)? It’s a mess and always will be. History has taught us this is a region of warlords. The US and UK should just let everyone settle scores Allah’s way, care of the Muslim Brotherhood, Al Qaeda, the Taliban, etc. Then everyone can get together when the desert is finally deserted and draw a new (Google) map like they did after the Second World War.

3) The questionable stability of the Euro—As I write this in France two weeks before Christmas, I am holding almost no Euros (except 1-Euro coins for grocery cart rentals) while constantly wondering if my house will devalue so much, its only use will be as a barn for smelly animals. Every weekend I wonder if I will have to give up my body parts for medical experiments in exchange for food at the village market, since I am certainly too wrinkled, too fat and ugly for anyone to want to trade food in exchange for sex with me.

1) The Japanese—Despite criticism at home and abroad, I always tell detractors, “No government could have handled multiple natural disasters of that magnitude like they did.” Rebuilding and quick response were achieved because of unwavering national pride, discipline, strength of character, and sense of community. Nobody does it better and I swear I’m never going to make fun of the Japanese again. Of course, there is always the French…

2) Gadhafi—If there was anyone whose motto was “Die Another Day,” it had to be this guy who didn’t go quietly, what with his politics, hiding places, and not to mention clothes, smokey eyes before Lady Gaga did it, and plastic surgery on his face modeled after a camel instead of Colin Firth. I actually thought there was a chance he would end up hanging out with Fidel Castro on a Cuban beach sipping mojitos and smoking hookah pipes.

3) Elizabeth Taylor—I have never been a fan, but she has become interesting to me because her death may forever change the way (cash-strapped) celebrities can use their deaths to support their lives. A Life Support System through Death, if you will. Her death will set a precedent among celebrities who now will get ideas about trading fame for loans that will be paid upon death.

While still alive, Taylor took out a multi-million dollar credit line with Christie’s who would get back their money in the event of her death. They will see their return on investment this month by auctioning her property. Now if she followed Kim Kardashian’s business plan (and Taylor famously had several marriages), money would not have been a problem. In fact, it would be no object.

Did you notice I didn’t choose Steve Jobs or Manny Pacquiao? That’s because they were never on my radar. I never bought i-anythings, and I hate boxing. I only realized the importance of Jobs when he was dying and my maid told me, “Ma’am, hinihintay namin mamatay si Apple para baka may discount sa iPhone.” On Pacquiao: “Sir, Ma’am.. nanalo si Pacquiao!” To which my husband retorted, “What? Panic buying again?” (He understood Pacquiao as a verb.)

I shall remember that it was UST’s quadricentennial and De La Salle University’s centennial, both events I was fortunate enough to participate in. It was also the year I was able to design and create costumes for Walt Disney’s “The Little Mermaid.” It’s definitely something to check off my bucket list.

Sadly, this is also the year we lost Salvador Bernal, mentor, National Artist, and a great host. I shall miss the interesting dinners at his home. I shall miss ogling at his Ang Kiukoks and Ronald Venturas. As for other personalities/persons hogging the headlines nowadays, I would rather relegate them to my memory’s dustbin.—Eric Pineda, costume designer

1. Our family holiday in Europe with our children, my mom, my sisters. Family has always been, will always be, preferred company. We lead full lives in different directions. Making quality time to be with those who matter is as important as meeting deadlines and writing well.

2. Celebrating a June anniversary with a man who has made the last 27 years the best of my life. I  had been told that we were two people who are poles apart, and that our zodiac signs, feng shui wisdom, and just obvious differences did not not make us a good match. But with God in the middle, this marriage has been our biggest gift to each other.

3. Being part of a peace effort in Mindanao through the GK Hope Ball. The fundraising benefit was a concrete action towards a future where “swords will be beaten into ploughshares and men will not learn war again.”

A  fourth one, if you will indulge me: the passing of Steve Jobs. My daughter came into my room with tears in her eyes and told me of his demise. His impact on her life was conveyed by her grief. Meeting him was on my bucket list, as it was in hers.

Steve Jobs; Wash SyCip who turned 90, continues to live a full life, is on the go, and is constantly looking for ways to improve the lives of others; and Santo Versace, who, when he spoke of his brother Gianni, seemed almost reverential.—Anna Sobrepeña, journalist and editor in chief, Lifestyle Asia

2011 was a very interesting year, full of important developments, big and small, at home and abroad. I think I will remember it for the following:

1. The Arab Spring: The world will never forget this was the year change began in the Middle East.

2. The Miele Guide: Two of Discovery’s restaurants (Verbena and 22 Prime) placed among the Philippines’ Top 5.

First, I will never forget my family’s road trip originating in Amsterdam and going around the edges of France from the north, east, south and west, in search of Europe’s great women chefs. There was a day we had lunch in Switzerland in the Alps and a very late dinner in Cremona, Italy—on the same day!

Second, I cooked for my friend’s golden birthday in Candon, Ilocos Sur, and he told me that I have to learn how to slaughter a pig. I braced myself and asked him to do a demo. When it was my turn, I stabbed the pig in the throat using my friend’s Japanese knife and before the blood could gush out, the pig and I both squealed, and I ran away leaving the knife hanging! That’s it!

As for the top three persons, none. 2011 is the year all the candidates I voted for did not win, as usual!”—Chef Vicky Pacheco, Chateau 1771 group of restaurants

Three people I will remember in 2011: Osama Bin Laden, Gadhafi and Blessed John Paul II, whose beatification I covered in Rome.

Three things I will remember 2011 by: the tsunami in Japan, the royal wedding in London, and the usual turmoil caused by politics at home—PNoy, Gloria and Corona.”—Jessica Soho, GMA 7 News and Public Affairs

My top three things: Japan’s earthquake, my second grandchild’s birth, and my move to ABS-CBN.

My top three people: my second grandchild Addy, Gerald Anderson (his portrayal of Budoy surprised me, and he is a good boy); and Enrique Gil (he is the ultimate “hotness.” I call him that because he says I’m his favorite.)—Janice de Belen, chef and celebrity mom

Things I will remember in 2011: the closing of Restaurant CiCou in Makati, the opening of Impressions at Resorts World, and the opening of Brasserie CiCou Greenhills. Also, the Bocuse d’Or Asia in Shanghai, China, with the Philippine team (Othmar Frei, Fernando Aracama, J Gamboa, Ariel Manuel and BJ), and being an ambassador for Unilever Food Solutions.

People I will remember: my wife Anna Soenen for her unselfish support for 19 years; Christina Summera, my former sous chef at Restaurant Cicou and now my chef at Brasserie CiCou; and my dad Papi.—Chef Cyrille Soenen, Brasserie CiCou