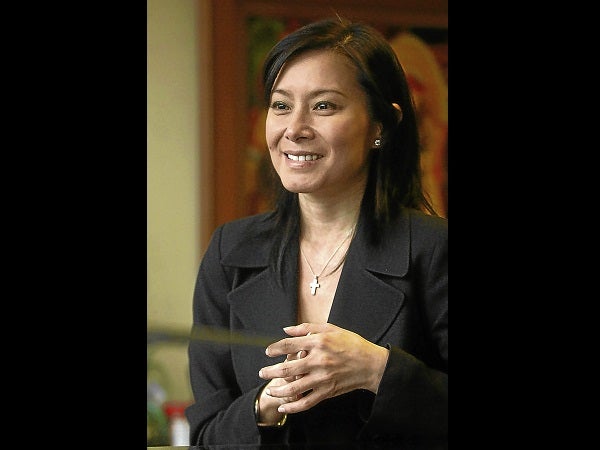 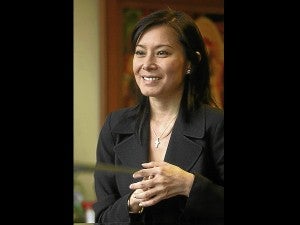 Philippine Airlines (PAL) would have celebrated its 70th anniversary this year with ample pomp and promos. Despite the recent strike by its personnel, the national flag carrier is dusting itself off and getting on with it.

“We decided to end the year with a big bang,” declares Vivienne Tan, PAL’s executive vice president-commercial group. “We’re flying all our routes again. Everything will be okay from hereon. Things will just get better.”

When PAL dangled its Christmas Ticket incentives, offering fares for as low as 70-percent off, people snapped them up and waited daily for news about its surprise perks. One customer got the Manila-Delhi flight worth $108 on the first day of the promo and was still happy to pay a total of $510 after the fuel surcharge and government taxes. That’s just the beginning of PAL’s sweet deals.

“I always look forward,” says Tan. The interview is in her office. She puts on a beige tiered scalloped skirt teamed with a minimalist black DKNY blazer. Her favorite accessory, a Cartier man’s watch, peeps from her sleeve. A pair of gold-buckled, black Roger Vivier court shoes pulls together her corporate look.

The stylish look is a vestige of her fashion background.

In reality, says PAL’s strategist Joel Santos, Tan is a “nerd.” She studied math and computer science in San Francisco and set up her business. In the late ’90s, PAL chairman Lucio Tan, her father, asked her to come home and assist him.

At that time, the airline was undergoing expansion and refleeting, until it was hit by the Asian financial crisis and labor disputes which were subsequently resolved.

An entrepreneur at heart, Tan left the company to establish Entrepreneurs School of Asia in Quezon City until her father asked her to rejoin the airline last January.

Her department is tasked to build the PAL brand and oversee the passenger service. Hence, Tan has become the “face of PAL” in its reimaging.

“I studied the landscape of the airlines in the Philippines. PAL is the only full-service carrier. That means we don’t charge customers by the kilograms of their luggage. When you need water, tissue paper or more food between meals, we don’t charge you. Our seats are bigger than low-cost carriers. There’s value in their ticket.”

Tan points out that customer service will serve as the essential brand distinction for PAL, as its fares would generally remain reasonable. She understands that the well-informed traveler will not only seek the lowest prices, but will also be faithful to the airline that treats him nicely.

“PAL was not being differentiated from other low-cost carriers. People only look at price points. We’re trying to establish the distinction. We provide after-flight services—like when your luggage gets misplaced along the way, we send it back to you free of charge. We apologize and compensate. If you’re a frequent flyer, you can redeem the benefits. Most important, when there’s a flight disruption, we don’t leave our passengers behind. We take care of them. Our passengers get more than what they pay for,” says Tan. 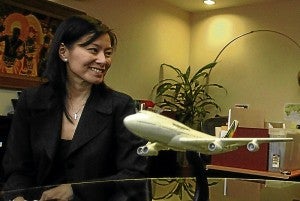 The proof of that was the recent wildcat strike which started last Sept. 28, coinciding with the onslaught of Typhoon Pedring. Employees sought to obstruct PAL’s outsourcing program that was to be implemented in October. Globally, outsourcing has been changing the way big companies and airlines work. PAL has been one of the last to adopt to this measure.

“One of the things that I saw in a lot of PAL employees was loyalty. They really love PAL; they don’t want to leave the company,” says Tan. “Even before, my dad didn’t want to outsource. He didn’t want to see people without jobs. He did many things to make the company survive,” she says.

PAL offered the employees generous separation packages and the option to join the outsourcing operation, which did not sit well with the union.

The strike involved the airport services staff and even the catering service was barricaded. Nonetheless, Tan’s department and other PAL managers went to Naia to assist their passengers. On the first day of the strike, all the flights were canceled. The stranded passengers were fed and provided with water from the family-owned Asia Brewery. PAL also checked them into hotels and booked them in other airlines.

“Vivienne was very decisive,” says Santos. “Her guiding principle is that the customer comes first.”

Santos says PAL had to bite the bullet since they bought the tickets at full prices, an industry practice when purchasing on the same day. “If the passenger was booked in our business class, we had to buy the business class ticket from Singapore Airlines,” he says.

By the second day, PAL started to slowly restore its schedules. “We fixed the flight schedules. We compelled the operations to speed things up for the passengers and made sure that they were attended to during the flight,” she says. The airline operations became fully operational by the end of November.

Although the official losses were estimated at P40 million, Tan considers the tarnished image as a more severe consequence.

“Trust is more important. When trust is ruined in a relationship, you have to woo them back. When you fly with us, we know we have certain responsibilities,” says Tan.

Tan adds that, aside from PAL’s continuing innovative offerings, it will persevere in its tourism campaign. When the Miss Earth Pageant was moved from Bangkok due to the floods to the Philippines, Tan grabbed the opportunity to promote the airline and the country. Partnering with the Department of Tourism, PAL brought the delegates all over the country.

Their happy faces and endorsements of the Philippines were captured in a video which is being shown in countries where PAL is represented. The contestants were so bowled over by the Philippines and Filipinos’ hospitality that they volunteered to be spokespersons of the country.

The airline has also quietly invited influential people from other countries to visit the Philippines. It recently hosted a group of well-placed Indians to enjoy Manila’s golf courses and cosmopolitan night life, in the hope that the visitors would spread the word about the country.

Tan points out that PAL will continue its Pinoy Homecoming campaign, luring the younger generation of Filipinos to see their homeland. This year, among PAL’s guests were Bruno Mars and apl.de.ap. of Black Eyed Peas.

PAL is also partnering with the Ninoy and Cory Aquino Foundation in the We Can Be Anything campaign, a drive to build 10,000 classrooms. The airline is promoting this drive to the Filipino community in the US.

Although PAL wants to be bullish about its expansion, Tan reveals that some of its plans have to be delayed as the country’s aviation industry was downgraded to Category 2 by the Federal Aviation Administration.

(Category 2 indicates that the level of aviation administration provided by Philippine authorities does not meet the international standards set by the International Civil Aviation Organization.) Hence, PAL can’t add  flights or routes, especially in the US.

But it has nothing to do with the airline. In fact, PAL is the only airline in the country to be accredited with the International Airport Transport Association Operational Safety Audit; it was also given a satisfactory rating by Skytrax, the official airline review site.

Next year, PAL will launch two more Boeing 777s. More comfortable, fuel-efficient and eco-friendly, these new planes have been flying to Vancouver and Japan. There will also be more celebrations of PAL’s 70th anniversary in other countries and more surprises for its customers.

Says Tan, “What we’ve been doing is a foretaste of things to come, so that everyone will know we’re back.”