Theater at month-end: Beyond the conventional | Lifestyle.INQ ❮ ❯ 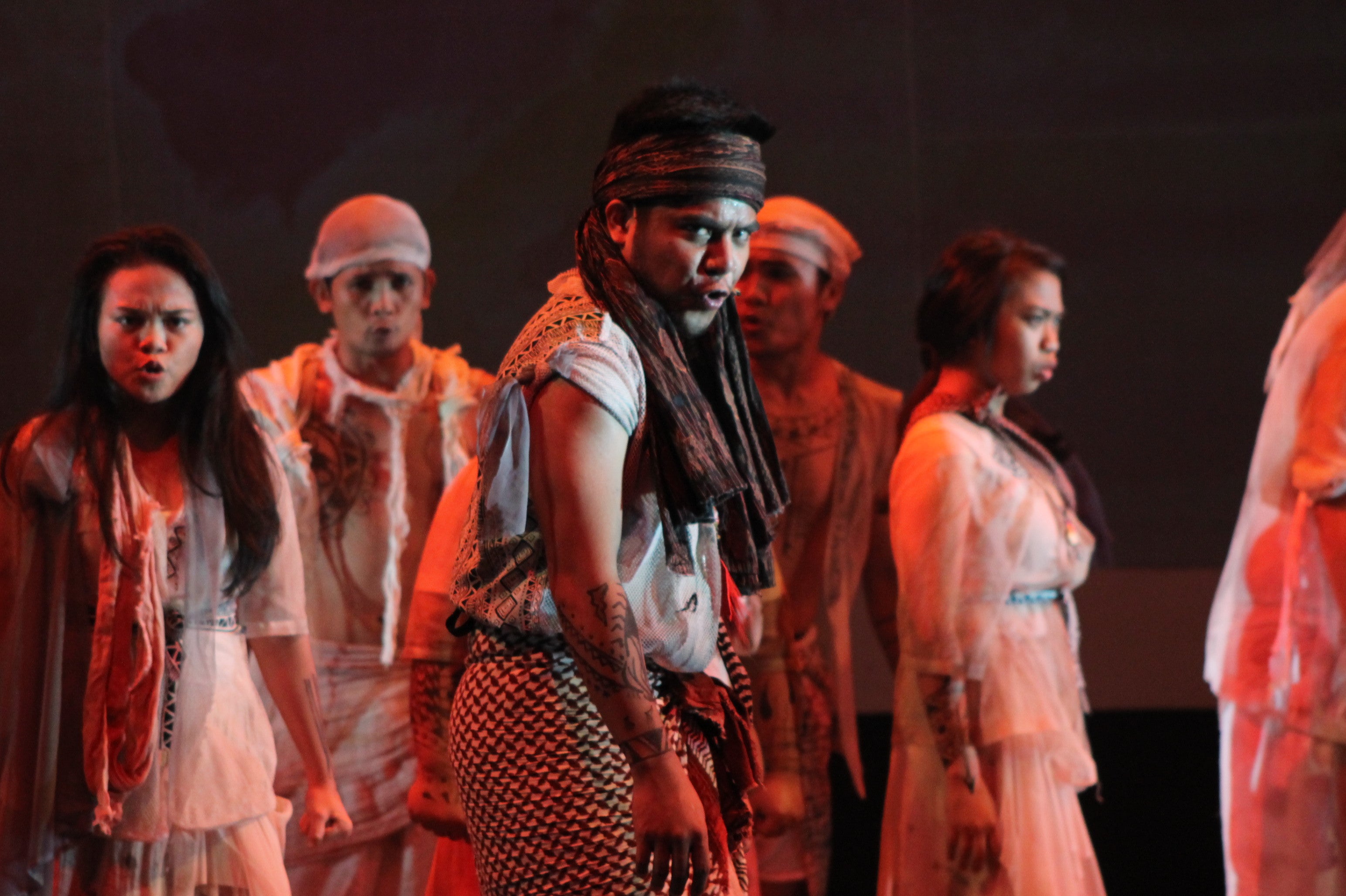 Theater at month-end: Beyond the conventional

It was a rich array of full-day events that drew participants from the regions as well as other Asean countries, and ranging over a whole variety of nonconventional theater forms such as improv, spoken word, circus, puppetry, arts therapy and the like. It was effectively an invitation to look for theater fare beyond the conventional and the familiar.

For a nonpractitioner theater fan with occupational time constraints, the best bet for a taste of the festival were the evening stagings of selected works. I was able to attend two evenings (though unable to complete the second one). Both were very worth the traffic-plagued drive from Makati, but especially the first evening which presented three plays put on by groups from the provinces.

Together, these were an astonishing display of a very real flowering of fresh and creative cultural activity beyond Manila, which Manileños are only dimly aware of, but whose infectious energy and dedication may well serve as an antidote to their jaded cynicism.

“Dagohoy,” an original full-fledged musical put on by the Kasing Sining Teatro Bol-anon Ensemble on the life of the Boholano hero who staged the longest-running revolt in the Spanish colonial era, was the most fully realized work. (The director of the play and mentor of the group is theater veteran Lutgardo Labad, himself of Peta background.) It had a true epic feel conveyed through stirring songs and exciting narrative pacing.

It was wholly in Boholano except for a narrative in English in short segments that stitched the action together (an ingenious device, delivered off to one side by a young boy, Gianluigi Ale, who was himself a wonderfully engaging element in the play and later merged into the cast). But the audience would have had little problem following the story and the motivations, so eloquently effective were both script and cast, principal roles as well as ensemble.

The signal success of the play was how, in 45 minutes, it managed to convey a whole sociohistorical survey of Bohol (and by extension the country) in that era, the conflict in values between the Christianized townsfolk “under the bells” and the stubborn independence and hewing to old ways of those who fled to the mountains, a conflict embodied in individual characters and the townfolk as a whole.

The performance ended with Dagohoy’s proclamation of defiant revolt, and my main frustration was learning that, in fact, this was just the first act of a longer work that follows the course of the revolt, but could not be staged in full in the festival for schedule constraints. (Tempting to travel to Bohol for a full production!)

“Padayon,” the second play, was a collaboration between Peta and a youth cultural group in Palo, Leyte (I am not sure if the local group was preexisting or came together under Peta’s aegis), born out of Peta’s deep and extended involvement in post-“Yolanda” rehabilitation in the area.

Shorter than the other plays at just about half an hour, and in a mixture of local language (Waray) and Filipino, it was the most overtly didactic in intent, meant to be a dramatization of the issues in the community that bore on its response to the disaster and the lessons to be drawn, all quite explicitly laid out at play’s ending.

But the didactic intent was fleshed out in a charming and humorous little tale, with folksy songs and dances, about feuding rural families and a romance between young scions. The very stock character of the story and the comic portrayal of the lead characters (Kitsi Pagaspas, the English-spouting matron head of one family was a gem!) were integral to the charm and the nonhectoring style of the social points.

It seemed the cast was a mix of Peta and local Palo talents; no doubt with expert guidance (it was directed by Peta director Melvin Lee), the production was a polished and effective piece of educational theater.

In a way, “Damgo”—staged by Dagway Sigmanahon from Capiz and less “professional” than the others—had the most local-community-production spirit, more ingenuous, but by that token fresh and spontaneous.

This was an adaptation of Shakespeare’s “A Midsummer Night’s Dream,” and it was absolutely amazing how much of that lengthy and convoluted play was ably captured by the production in about 45 minutes!

Into the adaptation was woven the community’s environmental concern over the conversion to commercial use of the local mangrove resources. The incorporation of this theme was, I thought, sometimes awkward, but so patently an earnest use of theater to address on-the-ground realities that the total effect was one of authenticity.

But it was the production itself that was a true and original delight, with its use of tall ladders and poles to send members of the cast flying high up into the air to precarious perches. It was breathtaking, not to say a little frightening. The entire production had an energetic, kinetic air and broad comic appeal that had to win over any audience, beyond any rough edges. (As with “Padayon,” it was staged in a mixture of the local Ilonggo and Filipino.)

The original Shakespearean provenance of the material notwithstanding, this was true folk theater.

While Peta’s Festival of Windows was the main treat that week, I did catch a couple of other shows and, in the case of one of these, I feel I should make a note, because I found it so arresting even as it was so little-noticed, and because it makes a nice “urban” counterpoint to the regional theater that had been the focus of Peta’s festival.

While very different, this production was a call as well to theater aficionados not to limit themselves to conventional big-budget productions.

“Tatlong Monologo” was just that, three monologues, some 20 minutes each, staged at a little bar off Kamuning called Catch 272, with an audience of probably not more than a dozen. The monologues, written by Carlo Pacolor Garcia (who also directed), were a veritable torrent of words barraging you to the point of intoxication, even as you struggled to get a grasp of their direction and ultimate meaning.

In that vortex of verbiage, sometimes poetic, sometimes scatological, I could not be sure how much of the speakers’ situations and actuations I really had an understanding of. Yet, by the sheer force of the words’ eloquence, I felt hooked into hanging on to their delivery to the conclusion.

Because, in the end, what made the evening such a riveting experience were the amazing performances of the three actors: Miguel Bongato, Eshei Mesina and Opaline Santos. I had had occasion to see all of them perform or direct in some of the “small” productions I had caught in recent months (hence my decision to catch this show, though not knowing what to expect), but here they were—mesmerizing, unerringly fluid, assured, intense and nuanced all at once in the flow of their long, devilishly complex monologues.

This was true theatrical charisma overriding the need for full textual comprehension. I left the little bar feeling absurdly high from the magic of words and theater. —CONTRIBUTED