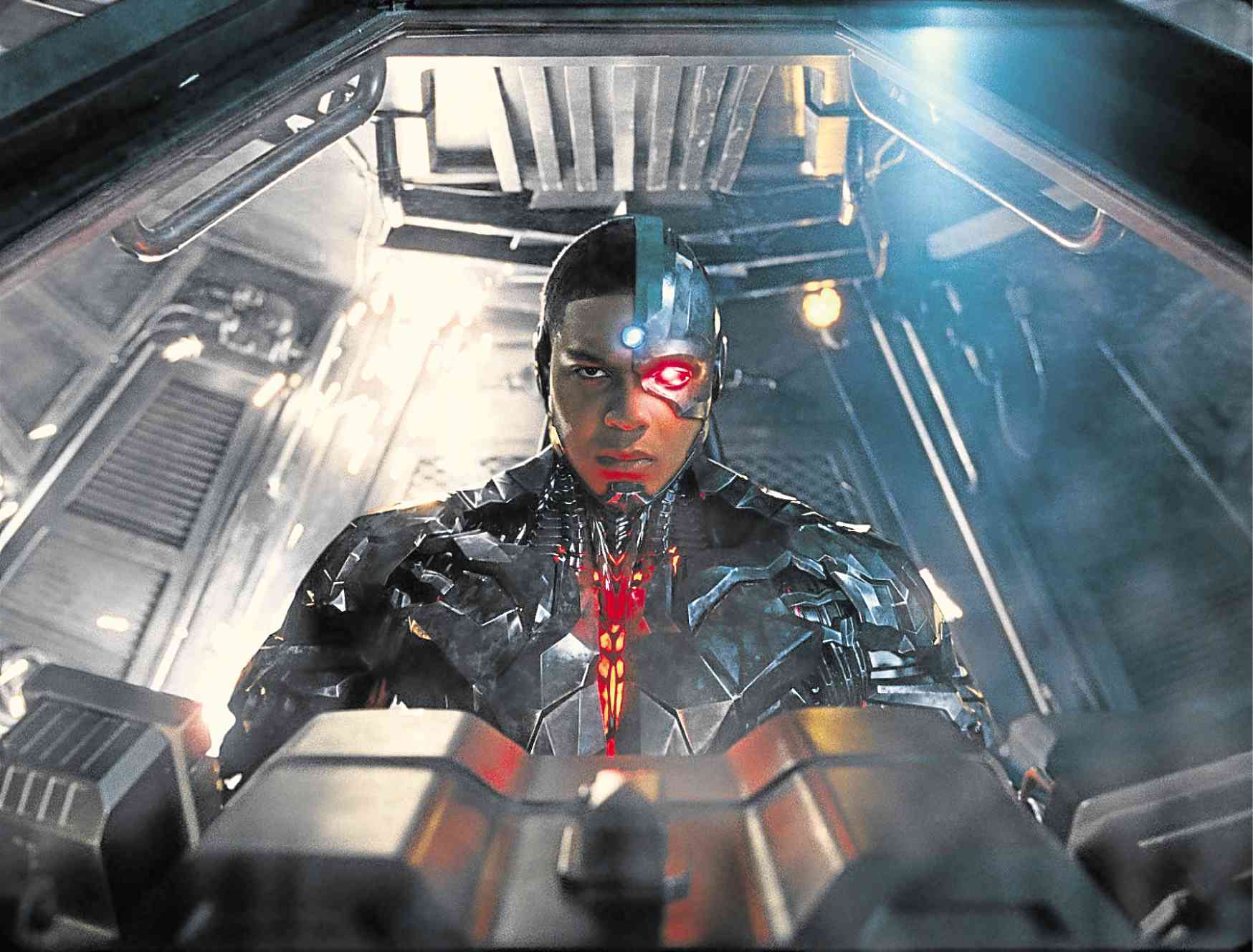 Among the members of the Justice League, Ray Fisher is unique. The actor playing the human-alien-tech hybrid named Cyborg is the only one who’s been to the Philippines, as Fisher was here as part of the 2017 AsiaPOP Comic Con. “I had a great time,” he says on the phone from Los Angeles. “I hope to make it back for an extended trip.”

Fisher, 30, is the newest among the “Justice League” actors and the movie is a major life event for him. “I was only aware of him through the Teen Titans cartoon,” Fisher admits. “It was only after I got the part, they sent me all the comics and I got a more intimate portrait of the character. They got me updated on him. He’s much more interesting than what I saw on the Teen Titans cartoon. He’s much more than that.”

Among the most unique elements to the character is the most obvious one: “He doesn’t have a secret identity. That’s different from all the other DC heroes. He’s a character outside of all that. He’s working through a lot of issues, such as parental ones. Essentially his father turned him into Cyborg against his will. He has to rebuild his life. He has to find out who he really is.”

In the film, Fisher plays Victor Stone, whose scientist father Silas (Joe Morton) uses alien technology to save Vic’s life but Vic becomes part-machine in the process. While he has to deal with the ramifications of his father’s well-intentioned actions, Vic now has tech-enabled abilities such as flight, super strength and energy bolts. He has one particularly cool power: Cyborg can use his alien tech to communicate with and take over other machines.

Fisher’s cameo in a glimpse of Cyborg in 2016’s “Batman v Superman: Dawn of Justice” was his first movie role. It’s the culmination of a young life spent wanting to be an actor. Fisher says it was his “noncommittal approach to things” that led him here. “I wanted to be many things when I was younger. I wanted to be a policeman and a doctor. In acting, you can be anything. And you can see the world through all the different lenses of the roles you get,” he explains.

Surprisingly, the audition for the role of a lifetime was quite quick. He shot a video, sent it in and after a few weeks, was flown in and eventually shot his scene in “Batman v Superman.”

That seems like a superheroic lifetime ago, as he now appears in his first full role in “Justice League” and is preparing for his solo “Cyborg” film, scheduled to come out in 2020. Fisher is excited about what lies ahead for the character: “It’s good to know they have plans for the future of the character. It feels like he’s evolving.”

The “Justice League” movie reminds Fisher a lot of the fantastic “Justice League” animated series from 2001, later known as “Justice League Unlimited.” “It’s where you have a world-changing event that gathers this group of people,” he says. “Then they get to go on adventures.”

Being cast in “Justice League” meant working with stars such as Ben Affleck and Gal Gadot. “It felt good,” he says of the experience. “They had a very good sense of what was happening. We worked through things together. They made sure everything stayed on track. They were super welcoming.”

Fisher is the first live-action version of Cyborg, but he emphasizes he has his own take on the character, different from the comic-book and various animated versions. “This Cyborg is much more grounded. He’s older in the film, being a college quarterback instead of high school. He’s 23 so there’s a certain level of maturity. It’s a very realistic take on something as unrealistic as superheroes. He’s dealing with other issues. He’s dealing with being built out of alien technology that could destroy the world. He’s got some cool powers that’s never been represented on screen before.”

His favorite part of the film was how much he learned from the actual process of filmmaking. “I like learning a lot of the technical aspects, like how they create Cyborg for the screen,” Fisher recalls. “There’s a lot of green screen and a lot of CGI that just amazes you.”

Another big deal: getting his own action figure. “Yes, I got to cuddle with it. It’s pretty exciting. My mom loved it,” he remembers.

All the attention and pressure has not overwhelmed him. “I’ve had a good amount of time to acclimate to getting the part,” he explains. “I got the role in 2014 but never really shot scenes until 2016.”

Though this is easily a role that he will be known for, Fisher says it won’t necessarily define him. He’s currently writing a play, working on writing his own film. There are many things that he is raring to do, particularly from an acting perspective. “My path as an actor and a person is not set in stone. As an actor, I look forward to making films in every genre.”

For now, Ray Fisher is pumped to see how fans react to his big-time beginning. His feeling as “Justice League” is about to make its debut in cinemas can be summed up in this one exclamation: “I’m ready to rock!”