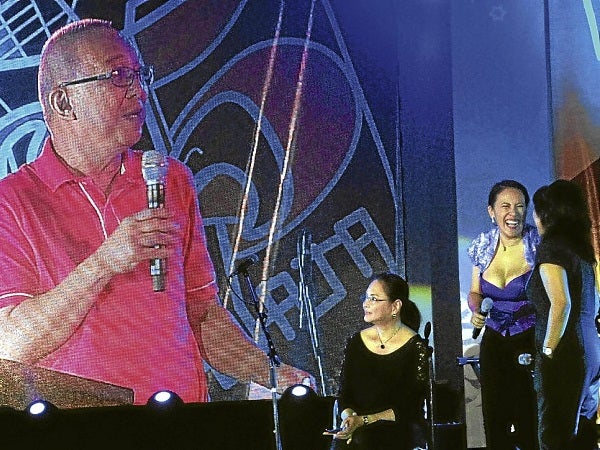 A ‘manananggal’ is the heroine of Ricky Lee’s new novel As a 12-year-old in high school, we remember our mother asking us what we wanted for our birthday before becoming an adult, which to her meant becoming a teenager. We said we wanted to go to Easter Island.  And we went on that holiday in April, and although there were other places we visited, the only one we remember vividly was Easter Island.

Since that trip when we were 12, we have become an assiduous believer in extraterrestrial beings. At Easter Island we recall with awe the site of giant stone monuments standing side by side that could not have been built by people of ancient times, without technical know-how and tools.

What has since also peopled our consciousness was the existence of dwarves, witches and little people (both white and black) who had inhabited our home in San Juan, and, yes, the manananggal, a peculiar kind of witch that could divide its body, sprout wings and fly out in the night in search of victims, and return home to the other half of its body.

Which also explains our particular interest in Ricky Lee’s second novel, “Si Amapola sa 65 na Kabanata,” the story of a manananggal with a predestined mission of saving the Philippines from self-destructing. It has been dubbed a political comedy, but to us it was more complicated than that.

Ricky had said he wanted his launches to be big noisy show-biz affairs because he wanted the Filipino writer to be visible to the public. The “Amapola” book launch was unlike any other, where possibly everyone who was anyone in the broadcast industry gave tribute to Ricky and his book, although we felt they were there simply to gawk at the artistas. But we were mistaken. We saw many, both young and old, clutching copies of the book while watching the entertainment. “Amapola” tells the story of a gay manananggal of today who gets to meet a grandmother from the Spanish times who had been searching for her grandchild to deliver a message of her mission on Earth. It is set in the environs of Tomas Morato, which we often frequented for close friends—Ricky Lo at his halfway house at Mother Lily’s Imperial Palace, artist Tito Estrada at Scout Rallos, Boots Anson Roa on Dr. Lascana, Nestor Cuartero on Scout Gandia, Mario Hernando at Scout Fuentebella, and Baang, which had become our after-midnight coffee stop with theater actor-singer Miguel Castro.

Add to this the home studios of ABS-CBN and GMA7, just a stone’s throw away.

Morato, in Ricky Lee’s assessment, was the most liberated place in Metro Manila. “Ano pa ang mas diverse na lugar kaysa sa Morato, na halos lahat ay tanggap?” Aside from that, he admits the area along Timog and Morato to have been favorite haunts from the early days of Music Box, which became his inspiration for “High Notes.” 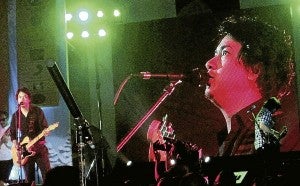 Ai Ai de la Alas and Eugene Domingo were the hosts at the launch that filled the Star Dome of SM North Edsa to the rafters. Celebrities read spiels explaining the book. There was Cherry Pie Picache, Mark Escudero, Paulo Avelino and director Joel Lamangan who, in the book, was auditioning actors for a role of manananggal for a Regal Films movie. “Amapola” auditioned and was rejected.

In the book’s earlier chapter “Kamatayan sa Maragondon,” Ricky Lee deals with love, revenge and punishment. The political problems of the country are insinuated all over the book, many times in comedy.  But we like most when it is portrayed in fantasy and romance. Ricky approaches a love story between a human and a manananggal like a fairy tale.

With our numerous exposures to stories of mermaids and vampires falling for humans, this is easy for Pinoys to accept.  In the book, Lola Sepa falls in love with Andres Bonifacio, protecting him against the forces of Aguinaldo.  She had saved him once before from near death, now was delivering heads of evil Spanish friars and guardia civils to his doorstep, until he catches her at it, as well as her secret identity. 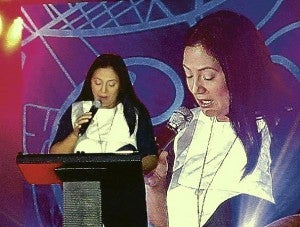 They did everything together as soul-mates in his mind, as lovers in hers. She would fly him around the metropolis as he gazed down at the huts and streets of the country he so loved.

She helps him out with the poem “Ang Pag-ibig sa Tinubuang Lupa,” written in 1896 just before the revolution, and requests that the original line Andres had written be changed to accommodate the manananggals.

At the book launch, Dulce performed the song “Ang Pag-ibig sa Tinubuang Lupa” with the lyrics Sepa had helped write. How romantic, we felt.

The succeeding chapters followed the love story in her mind, and how she threw all caution to the wind in fighting for this love. But when push comes to shove, she loses her mind, lets jealousy take its course and sacrifices Andres. He and brother Procopio are taken prisoner by Aguinaldo’s forces. From prison, Andres gives Sepa a letter to deliver to his wife Oryang. Sepa throws the letter down a precipice. 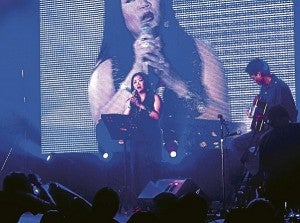 She relents and tries to save Andres from the musketry in the woods, but she herself had been hit by bullets and could no longer fly. Back home she connects with her lower body and waits for her wounds to heal.

After a few days she attempts to disconnect once again, but her wings refuse to reappear. “Naging isa na lang siyang pangkaraniwang tao, at alam niya, iyon ang kaparusahan sa pagsuway niya sa kanyang panaginip, dahil hinayaan niyang mapatay si Andres” (She had become a plain human being as punishment for allowing Andres to be killed). We could take bets on just how much more interesting this story is than that of vampire Edward and werewolf Jacob fighting for the love of the human Bella.

Meantime, onstage Jon Santos appears as Oprah to much applause and laughter; Ely Buendia surprises everyone with two songs; Joem Bascon astounds us with his sensitive reading; all the way to celebrity couple Judy Ann and Ryan Agoncillo, and ABS-CBN president Charo Santos-Concio.

The book took three years to complete, since Ricky kept changing the characters. It had too many levels, friends complained, the youth might not appreciate it. It was historical, political, supernatural; involved gays, had characters a hundred years old from the Spanish period, a policeman who was a Noranian—but do kids know about Nora today?

The teeners want short stories, continue the fault-finders. “Amapola” is too long at 364 pages. But Ricky has an answer to that. He is already writing a series of novels 80 pages long, selling for P80 only.

We continue reading the book. We admit, it was difficult at first. Although we’re familiar with sward speak—chorva, chaka, etching, aketch, chenelyn, chenes chenes—we had to learn a new vocabulary involving the manananggal like ligwak, alter, kagumay. We also had to meet the characters from various interests—the manananggals and humans in their lives like Lola Sepa, Amapola plus her Alters Isaac and Zaldy, Giselle the girlfriend of Isaac, Homer and son Truman, Homer’s manananggal  wife Anna; the humans Otanga, the Noranian Emil, Congressman Trono, Attorney Macapagal, Truman’s teacher Gervacio, Nanay Angie, etc. etc. and Sepa’s “love of her life” Andres Bonifacio!

Ricky confesses, “I’ve always been fascinated by aswangs. I think they’re mysterious alienated creatures who hold thousands of stories waiting to be told.” This is only one of them. We can imagine what else his fertile mind could come up with.

E-mail us at [email protected]