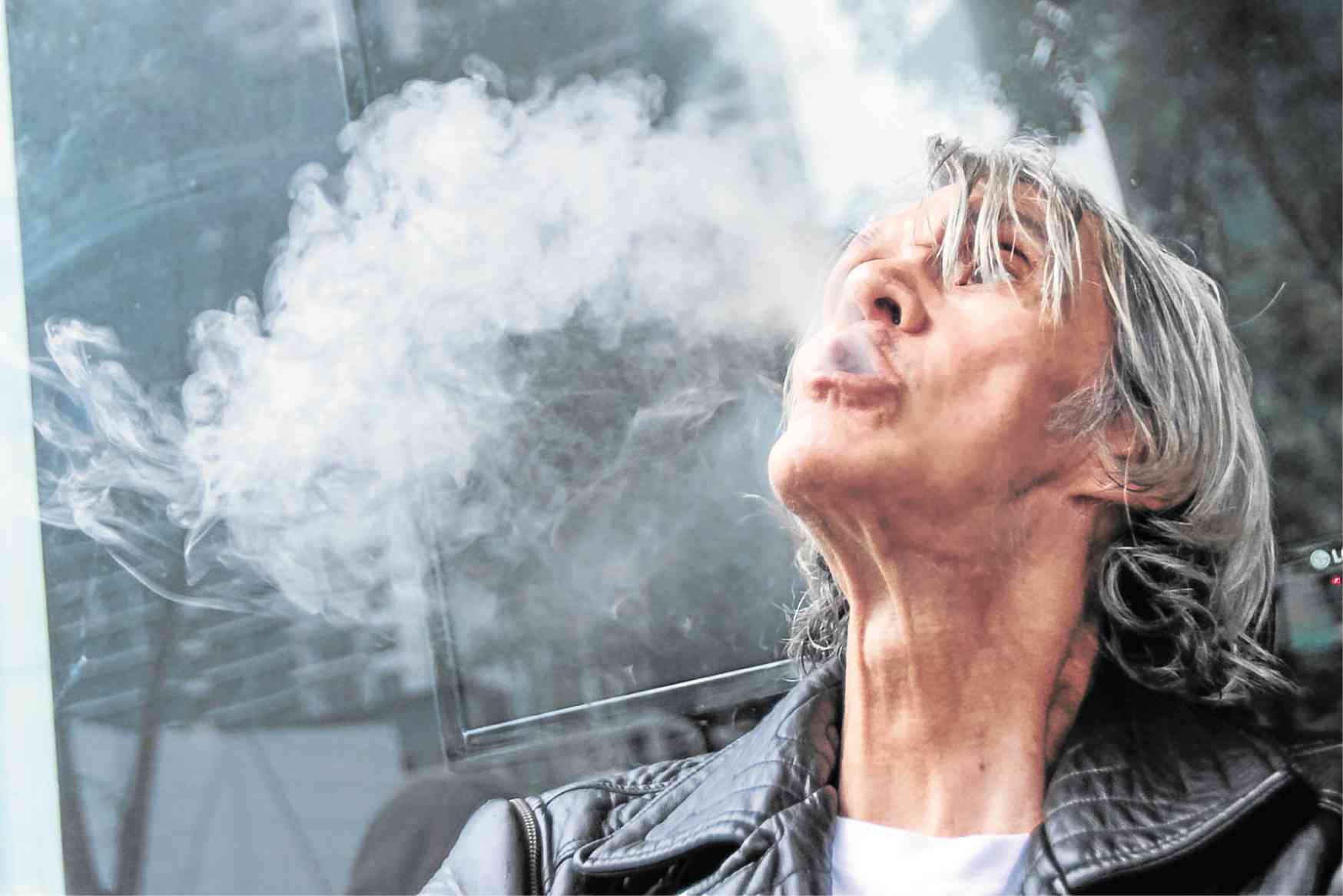 I’ll be on my seventh step to heaven this Christmas,” says Joey “Pepe” Smith.

By which the Pinoy rock icon means he shares the same birthday as Jesus Christ, and he’ll be turning 70 on Dec. 25.

Considering his, uh, lifestyle choices in the past, this is a Christmas miracle in itself.

Pepe is slurring his words, the result of a mild stroke he suffered last July rather than any imbibed substances.

“It was a mild, mild stroke,” he recalls. “There couldn’t be a milder stroke. They tested me in the hospital, they couldn’t see anything. I didn’t go numb or anything. The only thing affected was the muscles of my tongue.”

I joked about that precluding a certain type of sexual activity.

He’s been married four times, and been with the occasional younger companion numerous times, but Pepe has never been one to settle down for too long.

“My music and my lifestyle—it ain’t easy,” he admits.

He survived a house fire in the late 1970s that killed three of his in-laws. He spent nearly one-and-a-half years in the Quezon City jail on drug charges in the late 1980s (later dismissed). He walked away with a cracked jaw from a car crash that killed singer Bes’ Pren Diego. And some years ago, in a wrong-place, wrong-time situation, he narrowly escaped becoming the victim of an extrajudicial killing.

Most of all, he has survived an epic rock ’n’ roll lifestyle for over 50 years (counting from when his band, the Downbeats, opened for the Beatles in their ill-fated Manila sojourn in 1966).

“I’m still here to kick ass,” he says. “That’s all I can say. I’m still here, with a little grace from above.”

Of course, he has had to slow down a bit since his stroke—doctor’s orders.

Once in a while he’ll sneak a cigarette, and a couple of swigs of Jim Beam, but most of the time he has to make do with a vape—one of the few “millennial” affectations he’s adopted.

“I’m hardheaded,” he says. “I said, ‘Doc, you should know by now that I’ll do anything, everything for rock ‘n’ roll. If not for that genre, I wouldn’t be here.”

We are in Skippy’s Bar and Grill, an Aussie hangout in Bonifacio Global City where Pepe and Juan de la Cruz bandmate Wally Gonzalez have been performing more or less regularly the last four years or so.

The event is a press conference for the Pepe Smith Rockfest, an all-day, all-night music festival on Nov. 18 at the Amoranto Stadium that he will be headlining. The organizers hope it will become a yearly event, an annual gathering of the tribes to pay homage to a man who, for all intents and purposes, invented Pinoy rock 45 years ago.

(Pinoy rock’s foundation myth marks its birth as Dec. 5, 1972. Just minutes before the Juan de la Cruz band were to go onstage, Pepe retreated to the ladies’ room to hastily pen some lyrics to a song that had been in his head for a while. Crucially, they were in Tagalog. “Himig Natin” almost immediately became the anthem for the emerging genre that would come to be known as Pinoy rock, and Pepe its figurehead.)

But as much as Pepe loved Pinoy rock, Pinoy rock hasn’t always loved him back.

Like most of original Pinoy music’s pioneering artists, Pepe and his bandmates signed over the rights to their most enduring songs—“Himig Natin,” “Beep Beep,” “Rak en Rol sa Ulan,” “Mamasyal sa Pilipinas”—to their record label, thereby guaranteeing that they would see no royalties despite their catalogue’s longevity.

What would have been Pepe’s only solo album, 2005’s “Idiosyncrasies,” also fell through the cracks after a dispute with the record label.

Over the years, Pepe complains, he has been exploited, ripped off or otherwise let down by concert promoters, record labels and managers. Just a couple of years back, he says, he found himself being evicted from his condominium unit because his manager at the time hadn’t been paying the rent for 10 months, and couldn’t account for his earnings.

“It hurt me for a while, but I told myself, why worry? All I have to do is pick up a guitar and I can make songs. Although lately, I’ve had this writers’ block. It’s just there. I don’t worry about it. One of these days, I’ll be able to kick it.”

Pepe might owe some of his resilience to this rather cavalier attitude toward the music business.

Whatever else happens, he figures, he’ll always have the music.

These days its the blues he’s gone back to, early influences like B.B. King, Muddy Waters, John Lee Hooker.

“That’s all I need,” he says. “Punk. Metal. I went through it, I had fun with it, but I don’t want to be part of it anymore. Being heavier than thou. I’m too old for that shit. What I’m saying is, whatever form of music can ease and please your angry soul, that’s the secret baby, you have to find that no matter where you go.”

He says that he might “retire” next year, although what that would mean is open to question, because from all indications, it looks like he’s going to die with his rock ‘n’ roll boots on.

“As long as I can keep my toes and all that, and shout, I still want to play,” he says. “Nothing else in this world makes me want to live. That’s my life. That’s my heartbeat.”