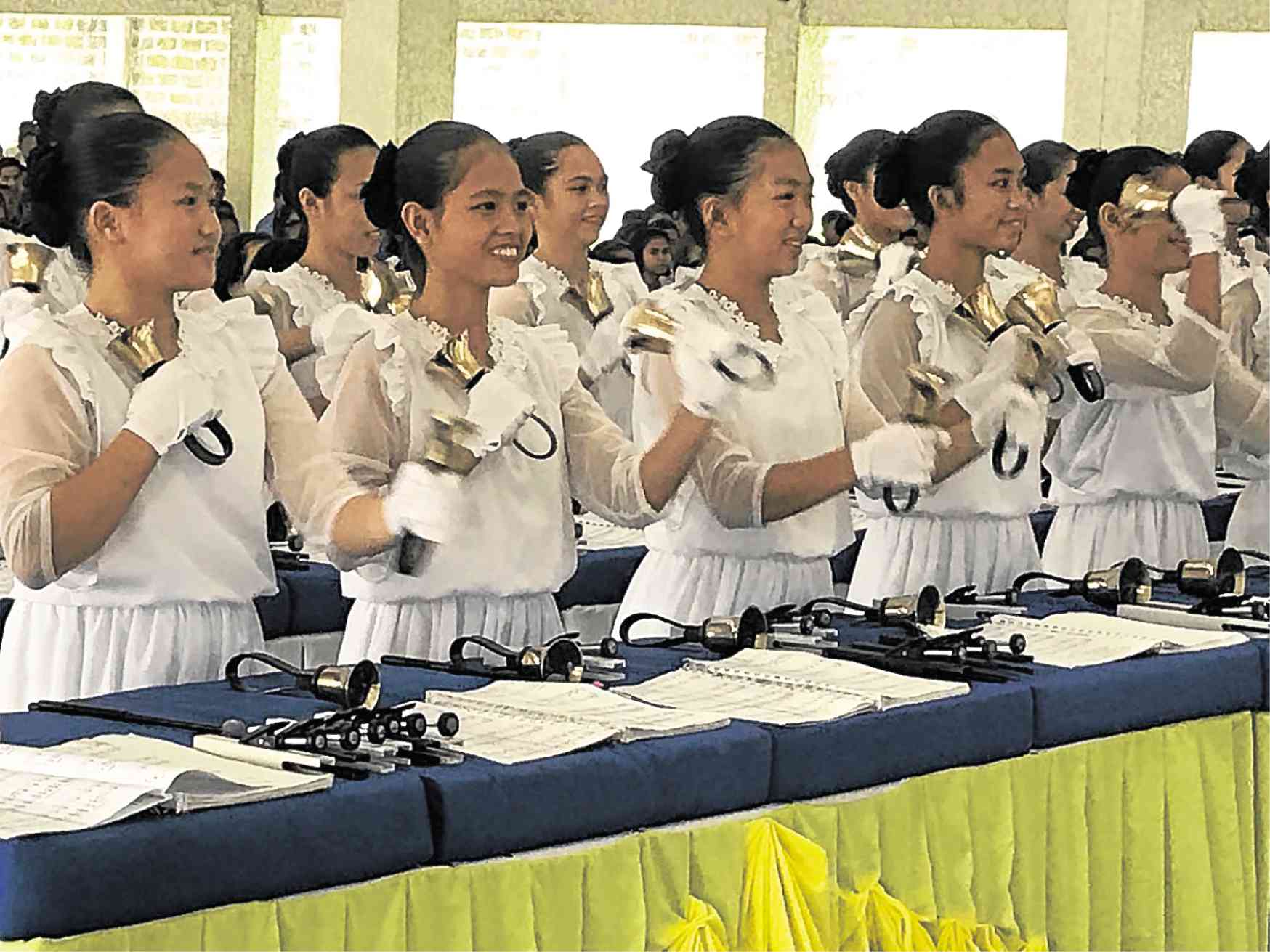 The visit was much anticipated and everything was in place — except for, well, the sense of giddy excitement common among listless teens, the scurrying about and the barely-suppressed giggling among young ladies faced with personable men.

Instead, the girls went about their usual routines and tasks with a grace and composure rare among their peers. After attending their classes and workshops, the calm and collected group made their way to the gymnasium where the program was to be held.

What happened here? Are the girls of Girlstown being trained to repress natural teenage behavior?

Not at all. Their self-possession and dignity appear to be the natural result of the education and guidance they’ve been getting from the nuns of The Sisters of Mary congregation.

“Would you want to be pitied?” one of the school’s most fervent patrons, Marixi R. Prieto, said of this air of dignity exuded by each student at both Girlstown and Boystown.

It’s the principal virtue that the Sisters make sure to instill in their wards from day one, Prieto added.

It’s the Sisters’ way of drilling into these youngsters the knowledge and self-confidence that when they graduate and step out into their immediate communities, they could declare with certitude: “I’m as good as you are.”

Pity, Prieto noted, does not really ennoble its receiver because only empowerment can. At Girlstown and Boystown, students and residents find empowerment in the most basic way — through first class facilities and excellent education.

“The residents are given all the best that they need to be uplifted,” said Prieto, adding that being trained using the best and latest materials are a guarantee that the graduates would easily find employment.

The values that they learn on the other hand, would make sure that most of them would give back to their communities.

Sister Elena Belarmino knows this only too well, having seen how graduates have returned to help out their families and communities.

Sister Elena joined the Sisters of Mary in the Philippines in 1985 when the mission had just started.

Its founder and organizer, the Venerable Aloysius Schwartz, initially came to the country in 1983 to receive the Ramon Magsaysay Award for his service to the poor in Busan, Korea, through the first Girlstown and Boystown established there.

The late Cardinal Sin urged Father Al to set up the same institutions in the Philippines.

Already, the Philippine mission has graduated at least 63,000 students.  Five other missions in South Korea, Mexico, Guatemala, Brazil and Honduras have graduated some 150,000 students from all over the world.

Sister Elena explained that the process of choosing their students ultimately ensures the continuous growth of the mission. In the old days, their students were the children orphaned by tuberculosis  patients of Quezon Institute, as well as kids from the Smokey Mountain dumpsite in Tondo.

These days, however, the schools have to prioritize candidates who show the greatest potential of giving back to their communities. A reflective system of screening is observed, where candidates are chosen not just for their intelligence, but also their emotional strength and strong desire to help and serve.

This should be totally understandable, given that the mission’s investment on the students is premium: topnotch facilities, capable teachers, and a nurturing environment — all for free.

“How can anybody give everything for free?” Sister Elena laughingly recounted the question often asked them.

Boystown, which started as an all boys’ juvenile center in 1985, had become a full high school by 1989. The school eventually expanded into two campuses in Cavite and two more in Cebu.

The Sisters describe their former wards as “new disciples in spreading the work of redemption.”

Right now, however, the students are bent on providing their diplomat guests a taste of their other talents.

To honor ambassadors Kim and Romualdez, the Girlstown Handbell Ensemble played some numbers, the Boystown Choir sang and the Girlstown Dance Group performed a folk dance.

The Girlstown community then joined in with  a “song of gratitude.”

The two diplomats responded with banter and good cheer. Why, if he were their age, he would have gone to their school, Romualdez said.

Kim meanwhile reminded the girls of the value of the longtime alliance between the United States and the Philippines, and how delighted he was to see the former Korea-based mission flourish on Philippine soil.

Throughout the speeches, the girls listened attentively, their bodies upright, their eyes fixed onstage.

Big words like “alliance” and “mission” may be too abstract for their young minds, but they know that this visit was simple proof that no one is too poor nor too young to have grace and dignity.