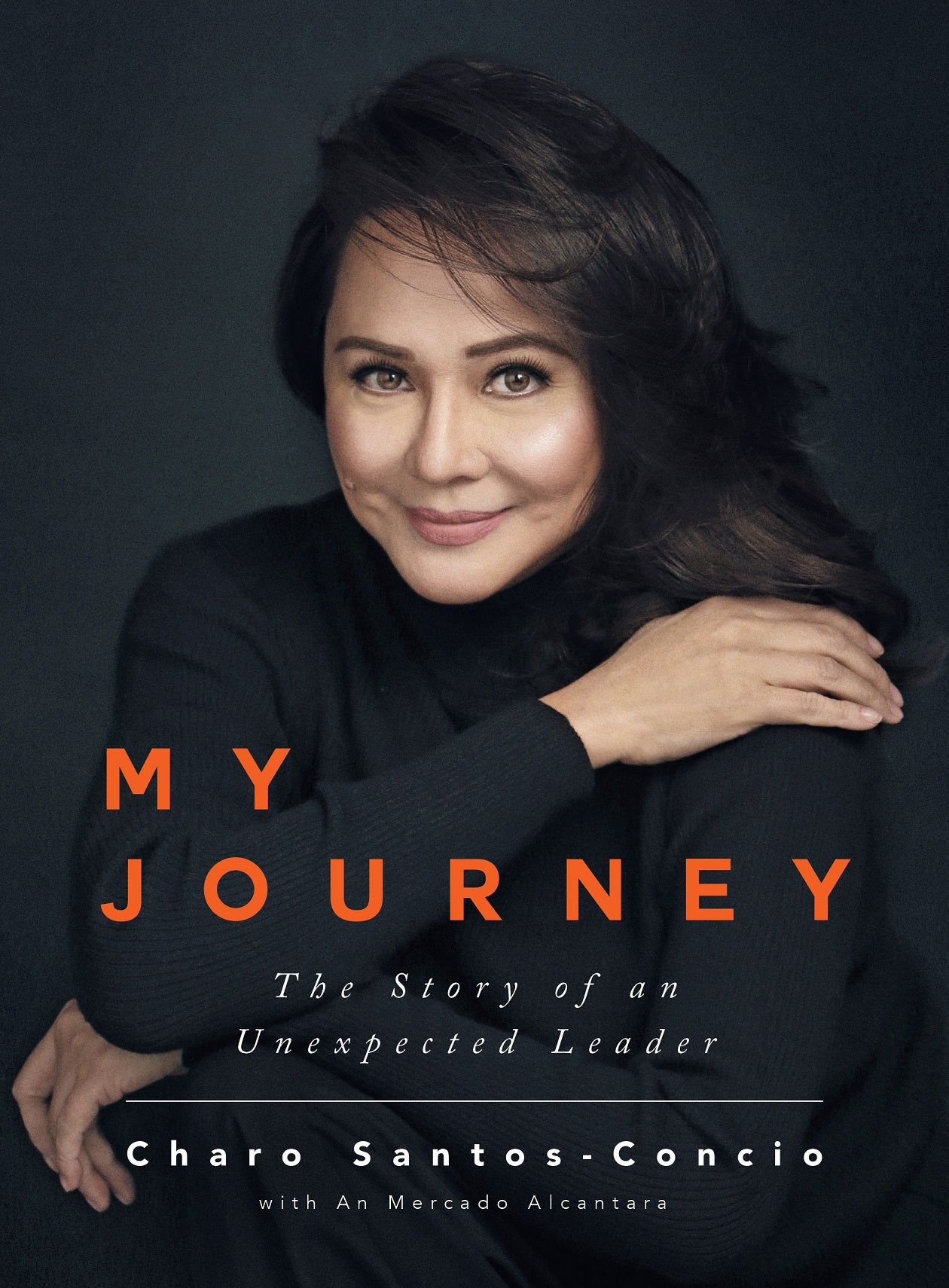 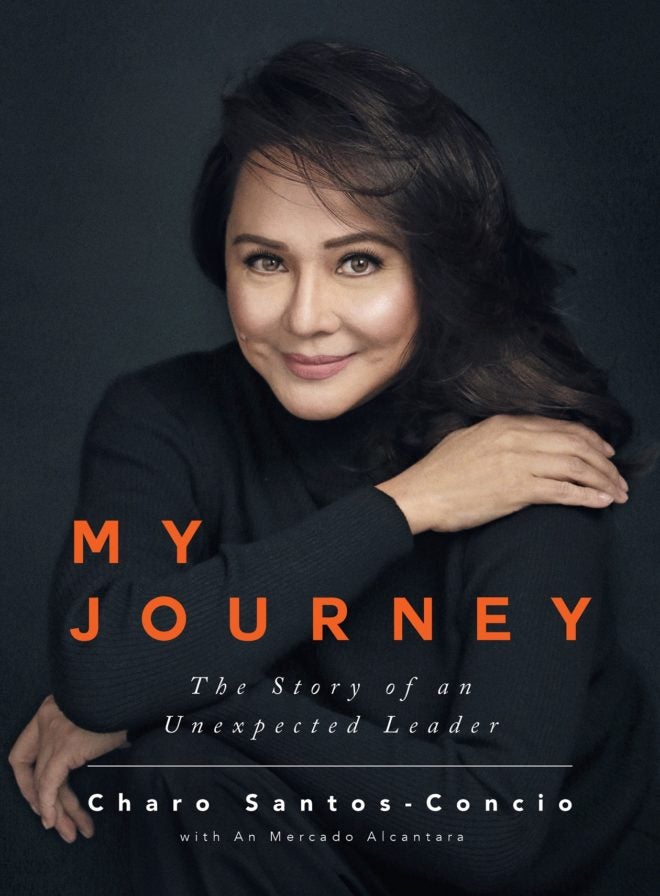 There are people whose life stories we care about not only because they are famous, talented, powerful or renowned, but because they are able to inspire, illuminate and bring out the best in other people. There are individuals whose far-reaching influence does not only extend beyond Philippine shores, but also capture the public imagination in a sort of mythic and symbolic way. The mere mention of their names evokes thoughts of greatness.  We cannot help but celebrate their invaluable contribution, their unique brand of leadership, their equanimity in times of victory and genuine humility in accepting defeat, and their sheer capacity to empathize, as well as clearly understand the vicissitudes of the human condition. Charo Santos-Concio is one individual who exemplifies all of this.

The book, “My Journey: The Story of an Unexpected Leader” (2017, ABS-CBN Publishing) is a unique and exceptional memoir which traces the very inspiring sojourn of a woman who has become a formidable pillar in Philippine television and the entertainment industry. In this wonderful book, she gives us in a very personal way  her journey from being a shy and simple girl from the province who graduated valedictorian in elementary and high school, to her tentative steps making it in the metropolitan, from graduating with the degree of Mass Communication at St. Paul’s College Manila, cum laude, to her public ascendancy as a fashion model, beauty queen  and, soon enough, as a top actress , eventually starring  in many critically acclaimed films such as “Itim,” “Kisapmata,” “Ang Alamat ni Julian Makabayan,” “Kakabakabakaba,” and winning Asia’s Best Actress.

Of course, her entertainment record was capped by the triumph of Lav Diaz’s “Ang Babaeng Humayo,” in which she played the lead, at the 2016 Venice film festival, where it won the grand prize.

But before that, she was president and chief executive officer of ABS-CBN, the largest media conglomerate in the Philippines.

Her journey takes us also to her studies at Harvard University where she exchanged ideas with her foreign counterparts, who like her, were also the biggest names in media; to the International Emmy Awards and the Oscar Awards, where she walked the red carpet.

What makes this memoir truly exceptional is that it tackles the journey of a self-confessed “learner.” Like a true Scorpio, “Ma’am Charo,” as everyone fondly calls her, values the truth, that the truth cannot be masked or put aside. We read how she confronts matters head on, how she  hones her  keen sense of what works and what doesn’t; of how her leadership resulted in the creation of some of the biggest shows of ABS-CBN.  Of course, she faced difficult times, especially when TV ratings were down, when people and colleagues felt disgruntled and when tragedies struck.

When all of this happenned, Concio exhibited grace under pressure. She faced the ugly truth and did something about it, rallying the network and leading it to full recovery and even supremacy. She has always shown the marks of a true leader.

I was deeply moved by her life story, her joys and sorrows, her triumphs and defeats and her sheer capacity and admirable strength to confront challenges. It is a gem of a book about learning, loving, living and leading.

“My Journey: The Story of an Unexpected Leader” by  Charo Santos-Concio is one of those rare books that will stay with you for a very long time because it talks to you like you are her trusted confidante and the book talks to the heart. The book is extra special for vividly capturing, through rare photographs, one person’s public and private journeys. The book shows that Charo is not just ageless but also peerless in her game, and like a very rare gem, the likes of her come only but once in a lifetime.  —CONTRIBUTED