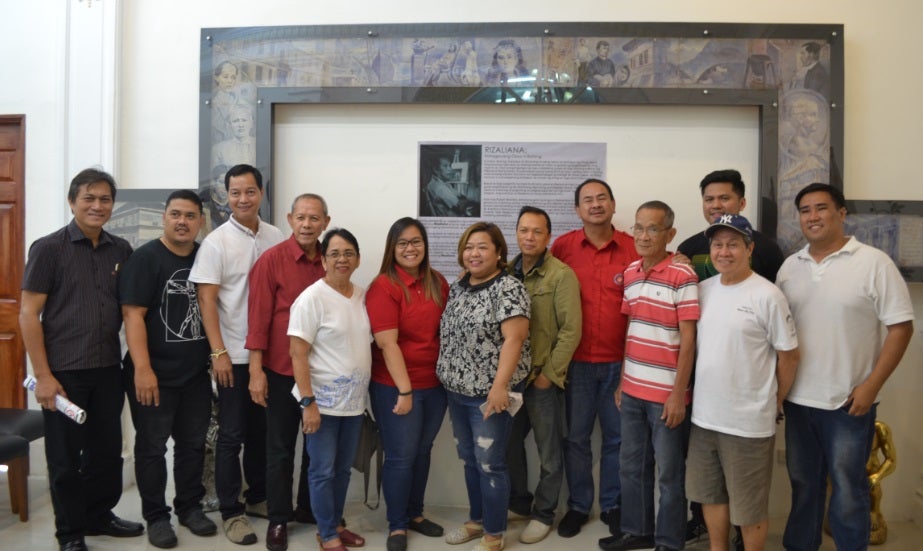 National Artist Carlos “Botong” Francisco’s rediscovered work on the life of José Rizal called “Rizaliana” has recently been unveiled to the public at the municipal hall building of Angono in Rizal province.

The unveiling coincided with the 105th birth anniversary of Francisco, who was posthumously declared National Artist in 1973.

In the Guido school, it was trashed twice but was saved by teacher Ruben Medina, who eventually placed it as borders on his blackboard where it was recovered by the Angono Cultural Heritage Office team last August upon the request of Mayor Gerry Calderon, who wanted it conserved.

The painting was then mounted in the Angono mayor’s office where it stays as of the moment, awaiting the completion of a gallery on the second level of the municipal hall building, which will also house other heritage assets of the town, including the painting of Pitok Blanco and escayola  sculptures featuring busts of heroes by Francisco Senson, which were also made for the Angono Elementary School in the 1950s.

Calderon said replicas or images in tarpaulin of the recovered artworks will be installed where these were originally placed so that people would know their provenance.

In the unveiling ceremonies, Calderon underscored the importance of art in Angono. Art and governance, explained the Angono mayor, should go hand in hand, especially since the town derives its identity and renown from culture and heritage. —CONTRIBUTED