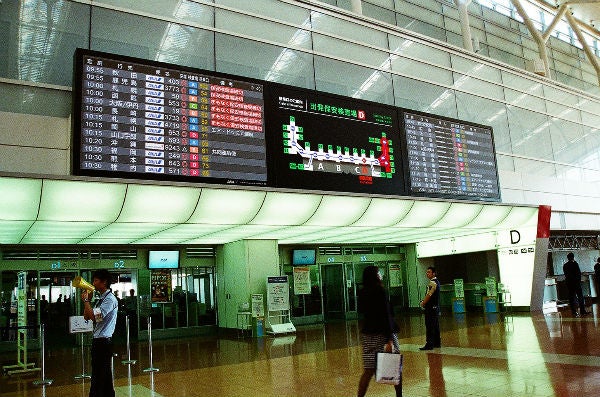 Photo caption: Japanese airlines are always on time. This could be the reason why Japanese are so relaxed when they travel—no hurrying, no scurrying. This gives them the flexibility of time to enjoy what’s inside the airport. VIDA LACANO

The Japan Tourism Agency is mooting a national departure tax of up to 1,000 yen (S$12, US$9) on both Japanese and foreign travellers as it seeks to capitalise on a tourism boom.

In an interim proposal submitted to the government last Thursday (Nov 9), the agency is recommending that this tax be implemented by March 2020, ahead of the Tokyo Olympic and Paralympic Games to be held in July the same year.

This levy would likely be written as a surcharge on the airfare, such that travellers need not pay an additional duty at the airport.

Japan is reportedly studying the approach by countries such as Australia and South Korea, whose governments claw back the “departure tax” from the airlines.

The new duty – which some have coined the “sayonara tax” – would be used to boost tourism infrastructure nationwide, promote off-the-beaten-track destinations in rural Japan and launch global tourism campaigns.

Among the enhancements in store are more multilingual support and Wi-Fi hot spots for travellers, and faster immigration and customs clearance.

The new tax would be levied on top of the airport “passenger service” charge that Japan’s major airports already impose and is included in airfares.

This fee – common to major airports around the world including Changi Airport in Singapore – is typically used for the maintenance and security of an airport’s common areas, among other things.

The proposal by the Japan Tourism Agency comes as tourism arrivals have surged, with records being smashed year after year.

As of Nov 4, the number of foreign visitors to Japan this year already surpassed the record high of 24.04 million visitors set last year.

Japan aims to draw 40 million overseas visitors annually by 2020, when Tokyo hosts the marquee Olympic sporting event, and 60 million by 2030.

Last year, a total of 40 million travellers – including some 16 million Japanese – departed the country, which could have added about 40 billion yen into government coffers had the “departure tax” system been in place.