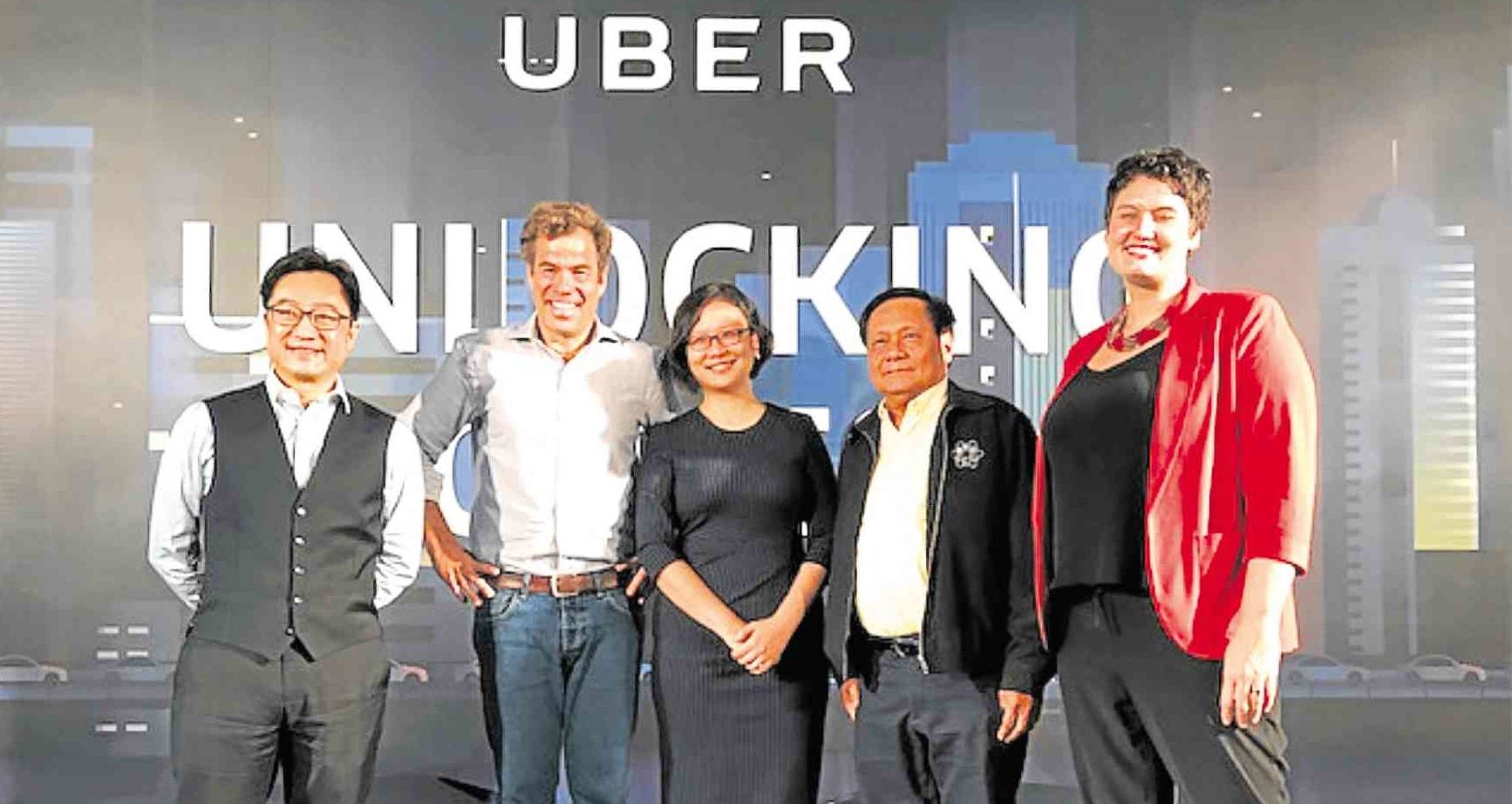 How to solve Manila traffic: ‘Put more people in fewer cars on the road’

SINGAPORE—It’s easy to see why Uber has gained a cult following in the Philippines. It offers reliable, safe, and quick transport to just about any point in the city. Its drivers, for the most part, are courteous and respectful.

There are currently over 2,300,000 vehicles in Metro Manila, requiring a parking lot twice the size of Makati just to get through each working day. Since traffic is bad—horrific, in fact, during rush hour—the average Manila driver wastes almost 23 days and spends close to P100,000 each year just sitting in traffic and looking for parking.

If that’s not bad enough, the annual CO2 emissions from vehicles are enough to fill the SM Mall of Asia 2,000 times.

Where does that leave Uber, the popular ride-sharing app that deploys vehicles all over the city to transport passengers?

The good news, according to a study by the Boston Consulting Group, commissioned by Uber, is that traffic congestion in the nation’s capital during peak hours could ease by a whopping 88 percent if its residents opt to ride-share instead of driving their own cars. That means a million fewer vehicles navigating its streets under ride-share.

“We are not against cars. But we want to put more people in fewer cars on road, and lessen the congestion,” Brooks Entwistle, Uber Asia-Pacific chief business officer, said.

UberPool, Uber’s carpool service that allows you to share a ride and split the cost with others headed in the same direction, is gaining a foothold in the country. By choosing UberPool, passengers save up to 25 percent of their uberX fare.

“Our engineers discovered that people are going to the same building and coming from the same neighborhood. They are a great opportunity to pool, to get more people in the same car. UberPool is a key to solving the congestion,” Brooks said.

For the first quarter of 2017, for example, UberPool worldwide covered 63 million miles of driving, saved 1.3 million gallons of gasoline that could fill three Olympic-sized swimming pools, and spared the atmosphere from 11,300 metric tons of CO2 emissions.

“We have changed the way people live in the city, making it more efficient, more affordable by putting more people into your cars,” he said.

Brooks believes habits are changing in Southeast Asia. When he was a teenager, for instance, he got his driver’s license and drove his own car. Today, his teenage daughter has not once asked for her own car.

Vincent Chin, a global leader of the Boston Consultancy Group’s Public Sector Practice, said that Singaporeans who grew up in the ’90s aspired for four things: get a credit card, live in a condo, belong to a country club and own a car.

In Southeast Asia, owning a car is an aspiration, but that could change, Chin said.

“How many cars can we take off the road? Our research shows we can take off 40-70 percent of cars if the correct ride-sharing environment is implemented,” Chin said.

In the Philippines, Dr. Primitivo C. Cal said the situation is a bit tricky. The executive director of Palanades Consulting Firm, which specializes in urban and regional planning, said that car ownership is one of the measures of economic status.

Restricting car usage—not car ownership—and choosing ride-share are some of the solutions to traffic congestion, he said.

Traffic congestion is a regional problem. Jakarta and Ho Chi Minh, with their current growth in car ownership, could come to a standstill in five years. Jakarta alone would need a carpark the size of 24,000 football fields to serve all its cars.

A carpark 25 times the size of Hong Kong, in fact, would be needed to serve all the cars in Southeast Asia.