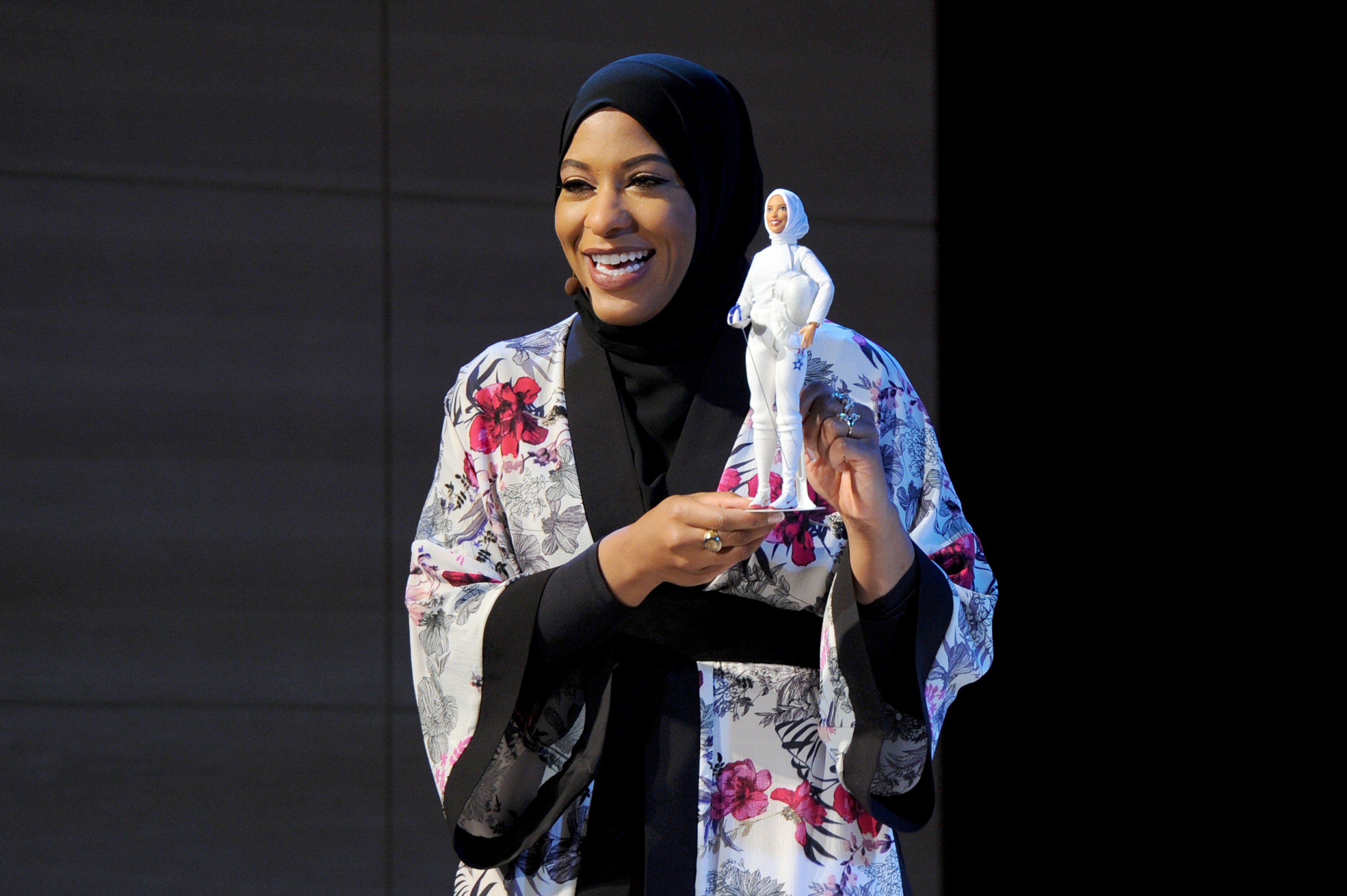 American group Mattel unveiled on Monday its first ever hijab-wearing Barbie doll in honor of United States Olympic fencer Ibtihaj Muhammad, who became the first American Olympian to wear a headscarf while competing in 2016.

The doll, part of the toy maker’s “Sheroes” collection, is dressed in fencing gear as well as the hijab.

It will be on sale online from 2018, a spokeswoman told AFP.

“We are so excited to honor @IbtihajMuhammad with a one-of-a-kind #Barbie doll! Ibtihaj continues to inspire women and girls everywhere to break boundaries,” Mattel wrote on its social media accounts, accompanied by a photo of Muhammad holding the doll.

On its website, Mattel said the new Barbie is “inspiration for countless little girls who never saw themselves represented in sports and culture,” adding that it hopes the doll would “(show) girls they can be anything.”

Meanwhile, 31-year-old Muhammad described the doll created in her image as a “childhood dream come true.”

“Thank you @Mattel for announcing me as the newest member of the @Barbie #Shero family! I’m proud to know that little girls everywhere can now play with a Barbie who chooses to wear hijab!” she wrote on Twitter.

It is not the first time Mattel, which is currently facing financial difficulties, has honored an American Olympian with a doll.

In 2016, the group released a Barbie created in the image of gymnast Gabby Douglas, the individual all-around champion at the London 2012 Games.