Too much TV viewing linked to a higher risk of blood clots | Lifestyle.INQ ❮ ❯ 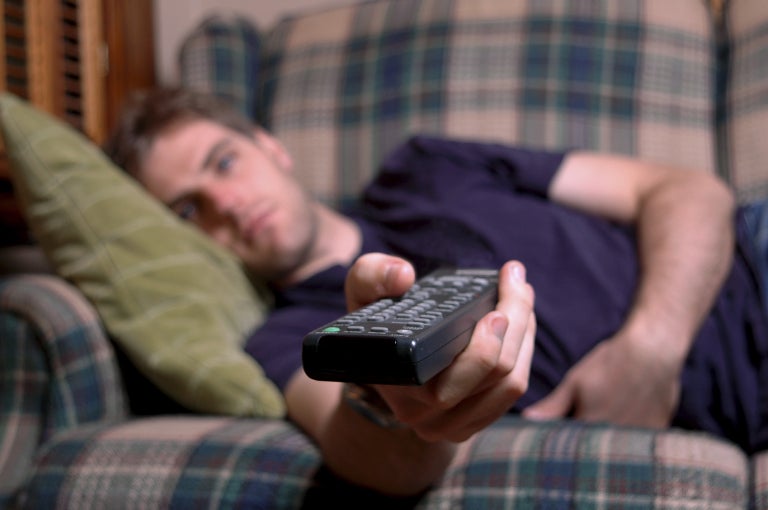 New research in the United States has found that too much time spent sitting watching television is linked with an increased risk of blood clots, even if people are getting sufficient amounts of exercise.

The new study, carried out by the Larner College of Medicine at the University of Vermont in Burlington, is first to explore the link between TV watching and the risk of developing a venous thromboembolism (VTE), a blood clot which starts in the veins of the legs, arms, pelvis and lungs, in a western population.

For their preliminary research the team looked at 15,158 adults age 45 to 64 years old, and found that the risk of developing a VTE for the first time was 1.7 times higher for those who reported watching TV “very often” when compared to those who watch TV “never or seldom.”

The risk of life-threatening clots in both the extremities and those in the lungs also increased with more TV viewing.

In addition, although obesity was found to be more common in people who watched more TV, the team found that only around 25 percent of the increased risk of a VTE could be explained by obesity.

As well as avoiding spending too much time watching TV, the risk of VTE can also be reduced by maintaining a healthy weight and staying physically active.

“Watching TV itself isn’t likely bad, but we tend to snack and sit still for prolonged periods while watching,” commented co-author of the study Mary Cushman.

“Think about how you can make the best use of your time to live a fuller and healthier life. You could put a treadmill or stationary bike in front of your TV and move while watching. Or you can delay watching TV by 30 minutes while you take a walk. If you must see your favorite show, tape it while you are out walking so you can watch it later, skipping the ads,” she added.

It is estimated that between 300,000 to 600,000 people in the U.S. develop VTE every year, making it the most common vascular diagnosis after a heart attack or stroke. Although venous thromboembolism is more common in people 60 and older, it can occur at any age.

The results were presented at the American Heart Association’s Scientific Sessions 2017, taking place Nov. 11 to 15 in Anaheim, California. JB