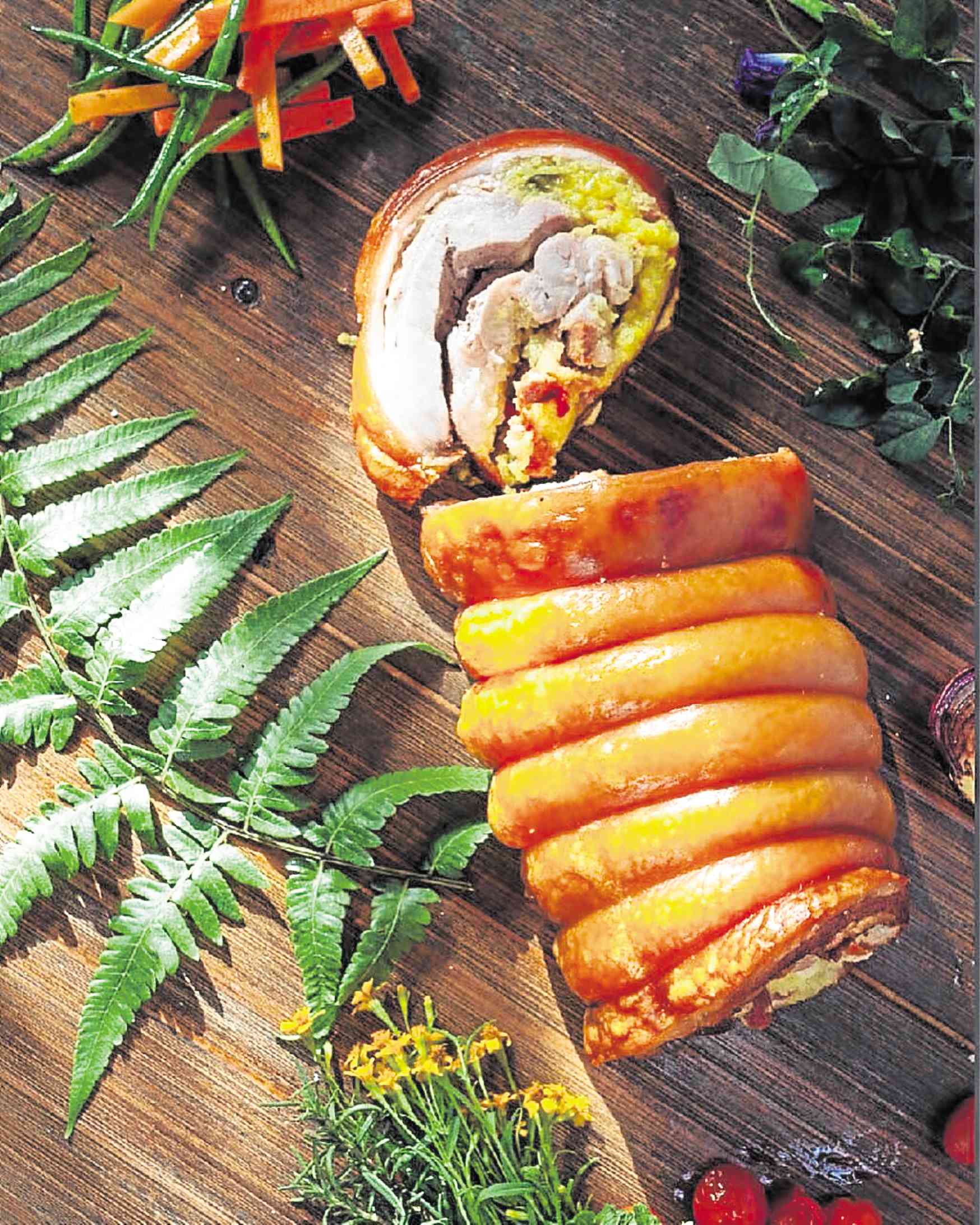 Here’s a list of recommendations from friends to make this Christmas season even tastier!

The potluck specials are whipped up from memories of his childhood in Angeles, where chef Sau’s mom, Garding Ocampo Esguerra del Rosario, “would prepare these for noche buena and would make them for friends.”

The inspiration for the turkey “is our Sinampalukan Manok, which is actually a soup dish, and Pinaupong Manok, which you cook in a clay pot full of salt,” says chef Roland. “I dry brine my turkey with salt, as well as spice it up with Sampalok Butter all over. For the stuffing, I use pan de sal and Spanish chorizo to give it that festive flavor.”

Another dish he wants you to try is his Slow-Roasted Angus Beef Shortplate with Sweet Potato Puree and Gravy.

Jackie recommends: Queso de Bola Cheesecake, which she says has an amusing beginning: “I started making it because we had an oversupply of queso de bola one time due to an ordering mistake. Stuck with boxes of queso de bola after Christmas, I thought of adding it to the classic New York cheesecakes I make, to have stronger tasting version.”

Jackie also suggests Filipino-inspired pralines and truffles. “I use Philippine chocolate couverture from beans sourced mostly from Davao. The chocolates are flavored with Philippine fruits, herbs and spices.”

She has an assortment of sweets that come packaged in Christmas boxes, made according to your budget. Her recommendations to fill the box:

Brownies (a new addition to her collection, super-soft made with premium couverture); two variants of Butter Cake—Ube and Butter Cake with Queso de Bola; the cakes she describes as “my best version—it just literally melts in your mouth! Favorite din yan ni Buddy!” (referring to fellow pastry chef Buddy Trinidad); Ube Lengua de Gato (a hit among her relatives who insist on shipping it all over the world, “paper-thin and very good”); Old-Fashioned Sylvanas, slathered with all-egg-yolk buttercream and made of almond meringue; Chocolate Meringues, a blast from the past, made festive with the addition of colorful sprinkles, and satisfying for the young and young at heart.

Chef Nick has a passion for preserving Philippine culinary heritage. I have always been a fan of his work, especially when it comes to the little treats that he prepares, which help keep alive the flavors of bygone days.

He recommends his old-fashioned sweets and pastries:

Canutillos, a traditional pastry made with a mold (small bamboo tube) and filled with sweetened kondol.

Egg Yema made of egg yolk, condensed milk, vanilla and rolled in sugar.

Coco Yema made with grated coconut and vanilla.

Pastillas done the old-fashioned way, with no additives and made from pure milk.

He has many dishes to offer, apart from his to-die-for Hainanese Chicken. For this season, Stevie recommends: Asian Beef Salpicao, which “could be the star of your Christmas spread,” he says—“succulent cuts of imported tenderloin, marinated in Japanese soy sauce, seasonings and spices. It is seared in garlic butter and olive oil. The dish comes with whole corn, mashed potatoes, and buttered vegetables.”

I am recommending his egg tarts, my absolute favorite.

The recipe of Nixon’s egg tart was perfected when he worked in Macau. The secret is in the quality of the ingredients and the right temperature, he says.

“It was when I was working the nightshift and was made in charge of baking the tarts that I mastered the technique. We baked up to a thousand pieces a day!”

After his five-year stint in Macau, he’s now back home and baking the tarts fresh. But they taste as good even five days after, straight from the fridge.