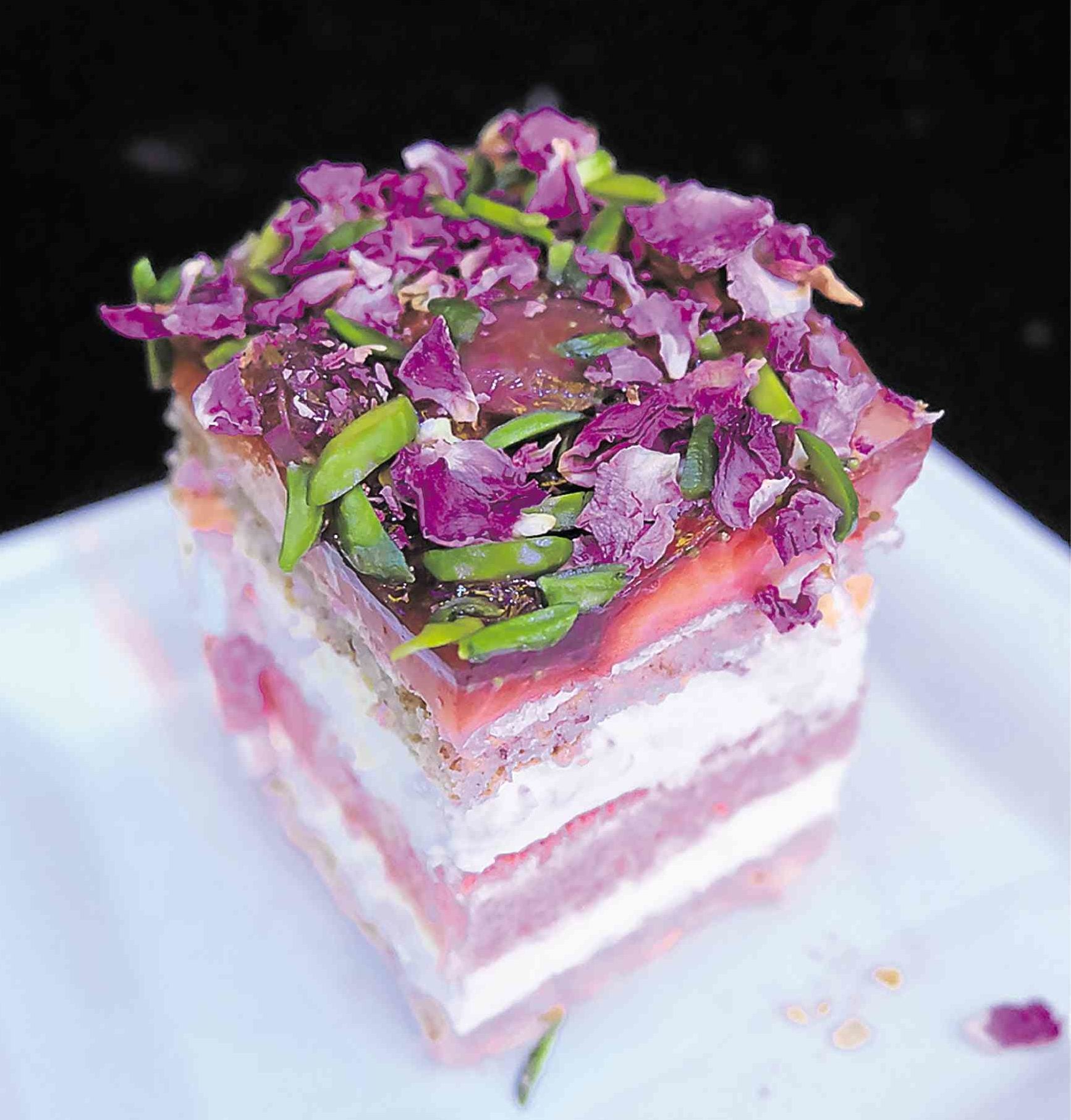 12 Great things we ate at the great food festival 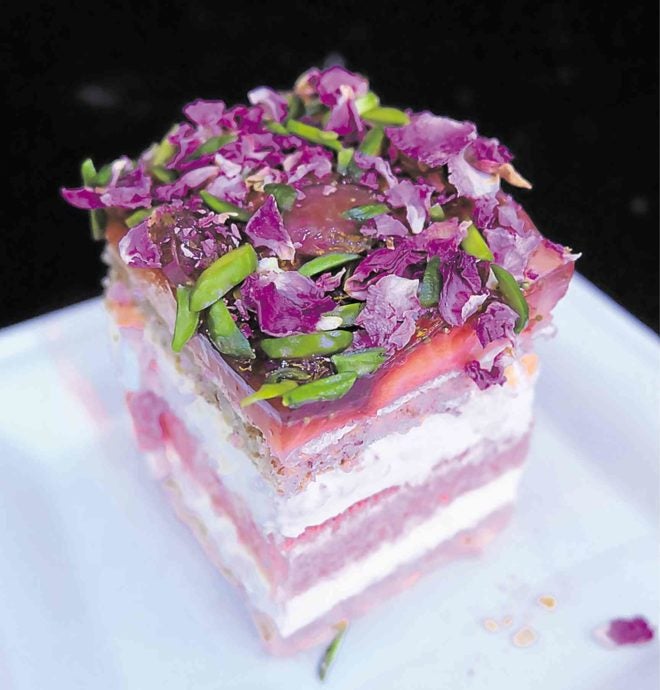 If chef Michael Michaelidis offers you a frog leg fritter, you will eat it. Never mind if you’ve always said you don’t eat frogs, you will dip it in garlic cream and red miso sauce and you won’t just eat it, you will enjoy it, gold flakes and all.

The Frog Leg Fritter was one of three dishes he served at The Great Food Festival, a first-time collaboration between Resorts World Sentosa and Savour Events.

The festival was a playground for foodies, celebrity and award-winning chefs and restaurants and a long list of exciting food innovators and entrepreneurs.

Chef Emma Bengtsson, executive chef of Aquavit, a two Michelin-starred Scandinavian restaurant in New York, said, “It’s been amazing. Not only to meet the locals here and have them experience my food but also to meet fellow chefs from around the world that I’ve only read about or heard about. It’s a great opportunity to meet foodies and chefs alike. It’s a great festival.”

Armed with coupons that worked like cash, people went from booth to booth, feasting on all kinds of gustatory delights. We joined the crowd on the last day, surprising ourselves by how quickly we spent all our coupons before even making it to the incredible dessert arena.

Cat Cora’s Hand Dived Scallop—The scallop was divine, plump and juicy and cooked in herb butter, and sitting on a little garden of deliciousness (or what Cat Cora calls “a bed of bulgogi espuma and Sichuan crumble”).

We scraped every last bit of it from our plate, not wanting to waste a single drop. The scallop was so good that when saw the “Iron Chef” star later that day, we approached her with no trepidation, put our hand over our heart and told her earnestly how much we loved it.

We’re still dreaming about it. Luckily, this scallop is on the dinner menu at Cat’s Ocean Restaurant in Resorts World Sentosa.

Florian Favario’s Organic Scotch Egg with Truffle Mayonnaise—“The Scotch Egg is one of the signature dishes at Celeste at The Lanesborough in London,” said Florian who holds one Michelin Star.

And it was beautiful. Egg swaddled in chicken farce and crisp breading, with its yolk perfectly runny, sitting on a lovely truffle mayonnaise throne. No wonder it’s on the list of London’s best Scotch Eggs.

Benjamin Halat’s Foie Gras Parfait—We’re kind of nuts about foie gras and have enjoyed it in all kinds of ways: hot, cold, seared, pan-fried, in burgers, in pasta, rolled in Chippy, wrapped in cotton candy. (Yeah, we’re crazy.)

But Curate’s Benjamin Halat had a treat for us. Foie Gras Parfait, incredibly velvety with its richness cut by the tart dollops of passion fruit. We couldn’t help but close our eyes as it melted in our mouth.

Emma said: “I keep changing my answer to that one but right now it’s the egg. It’s a poached egg and we serve it with the bone marrow hollandaise and green asparagus poached in a little bit of water and lemon juice and truffle from Australia.”

Sold. We attacked our plate of asparagus and egg with gusto.

Ben Spalding’s The Chicken Skin Sandwich— PuzzleProjects’ Ben Spalding, from the United Kingdom, uses chicken skin instead of bread in his killer take on the chicken sandwich. The lemon butter chicken, vine tomato, cucumber, charred onions and shiso leaf lettuce came together for a delightful clashing of textures and flavors. Would definitely eat this again.

They wowed at the food festival with their Caramella Di Gambero (Crispy Candy of Mazara Del Vallo Red Prawns, Roasted Vine Tomtoes, Rucola Pesto, Honey and Pommery Mustard Dressing). We could have eaten an entire tray of this.

Their Gnocco Di Fonduta Al Tartufo (Potato Gnocco Filled With Cheese Fondue, Butter and Sage Emulsion, Truffle Shavings) was rich, flavorful and served with a generous touch—something the Cerea brothers are known for.

The Tiramisu Hero’s Baileys Tiramisu—Run by super couple Peggy Chang and Aileen Koh, The Tiramisu Hero serves delicious tiramisu in a variety of flavors (including Milo, Horlicks, Kaya and Durian!). Our pick? Baileys, which was sweet and had a nice kick of liquor.

And we adore Antonio, Tiramisu Hero’s mascot, just as much as the tiramisu. Peggy told Super, “He’s a hero cat. We want to have a cute cat character who wants to serve the best tiramisu to everyone. We work closely with the cat welfare society.”

(Get your own dose of tiramisu and Antonio at their flagship café at 121 Tyrwhitt Road, Singapore, or from their website thetiramisuhero.com.)

By continuing to make Dragon’s Beard Candy by hand, Roger Poon is carrying on the tradition of his cousin Aunt Lili. “It’s a family business. She made the peanut one popular. I invented the coconut one.”

We tried both flavors and they were both sweet, chewy and addictive. It was hard to stop popping more pieces into our mouths. No wonder little Singaporean kids love these little treats.

After all, wasn’t it enough that it glowed like Beyoncé at the VMAs inside the Glo Room? What more did we want from it? But one bite and we were hooked. The refreshing yuzu glaze was a lovely surprise. We’ll confess: We inhaled the entire thing.

Chris The’s Strawberry Watermelon Cake did not glow but it was absolutely delicious too.