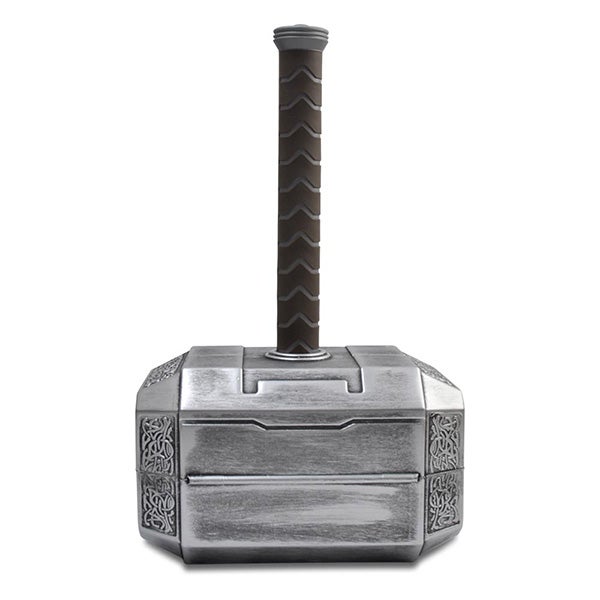 Worthy men may now wield the power of Thor’s hammer Mjolnir and smite the scourge of home repairs plaguing their abode.

Inspired by a concept design uploaded in 2016 on the website Dave’s Geeky Ideas, the Thor Hammer Tool Kit has been made a reality through ThinkGeek.

Aesthetically, the toolbox bears a strong resemblance to Thor’s magical hammer Mjolnir in the Marvel movies.

The handle is an actual hammer which latches on to a tool tray inside, and secured by the toolbox covers. The covers themselves split open in half to reveal a 44-piece tool set. It includes a tape measure, pliers, a screwdriver, a wrench, a ratcheting wrench, a utility knife and various attachments.

Thor Hammer Tool Kit has been officially licensed as a Marvel’s Avenger merchandise. It can be purchased exclusively from ThinkGeek for $99.99 (about P5,000).

This tool kit may be on the more expensive side given its selection of tools, but a Marvel movie fan with a flair for repair work may appreciate its geeky appeal. JB