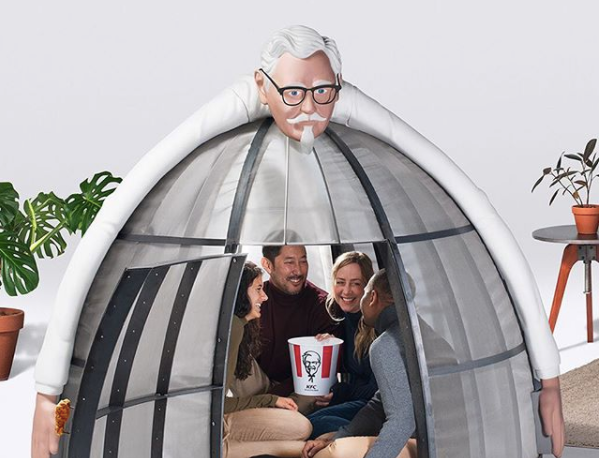 LOOK: Tent for people who want to go tech-free goes for sale

Do you want to escape from the drama and craziness happening on social media? In the United States, a fast food chain might have the solution to such problem.

KFC shared on its official site that it has built, and will be selling, an “Internet Escape Pod” in time for Cyber Monday in the U.S.

Cyber Monday is an event used as a marketing strategy where online shops sell goods under lower prices and give away discounts to shoppers. This event falls every Monday after Thanksgiving.

According to the fast food chain’s website, the pod may serve as a sanctuary to those who will avail of the tent while enjoying their food, an “escape from Cyber Monday.”

Escape from Cyber Monday with our one-of-a-kind Internet Escape Pod. Let Colonel Sanders and his protective dome help take you back to a simpler, internet-free time. [Link in bio]

Remember when we used to spend time with people instead of our phones? Well, one person out there can have that luxury again with KFC’s one of a kind Internet Escape Pod, designed to be a safe space from the internet. [Link in bio]

“We’ve come up with several technologically advanced, creative experiences for our customers and fans this year,” the chain’s director of advertising George Felix said. “But even we feel the burden of technology during the holiday season. So we decided to go in the opposite direction and create an anti-technology product, using technology, to help one lucky buyer literally escape the holiday chaos.”