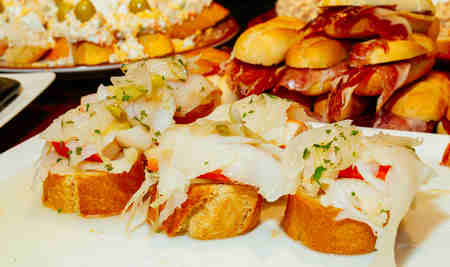 According to a major study commissioned by British catering service Caterwings, San Sebastian, Spain is the world city with the most to offer food-minded tourists.

It takes more than Michelin-starred restaurants to make a city a great destination for food. Indeed, the Caterwings study used various criteria to take a snapshot of the food scene in thousands of cities worldwide in order to draw up its list of the 100 best cities for food.

For example, Caterwings evaluated the number of restaurants per 10,000 citizens, the percentage of fast food outlets to restaurants, plus vegetarian and vegan options. The study also looked at affordability, calculating how many hours a person on minimum wage would have to work in order to afford a two-person dinner in a restaurant. On top of that, ratings from 20,000 food journalists and restaurant critics were taken into account to evaluate the quality of the local food scene in each city.

Based on the various criteria, San Sebastian came top of the list as the world’s best city for food. Clearly, the bosses of the World’s 50 Best awards were onto something when choosing the neighboring city of Bilbao, capital of Spanish Basque Country, to host the 2018 edition of the World’s 50 Best Restaurants. While its high-end restaurants get full marks, San Sebastian stands above the competition thanks to its affordable offer for visitors, a factor that’s crucial to putting destinations on the map as great cities for food.

Tokyo, the city with the most Michelin stars, comes second in the top 100, scoring particularly low on vegetarian and vegan options, while New York comes third. Spain had another entry in the top 5, with Barcelona in fourth, and a total of three cities in the top 10 with Madrid in seventh. Singapore came just ahead of Paris in fifth and sixth, while London squeezed into the top 10 at ninth.

See the full list of top 100 best cities for food at www.caterwings.co.uk. JB