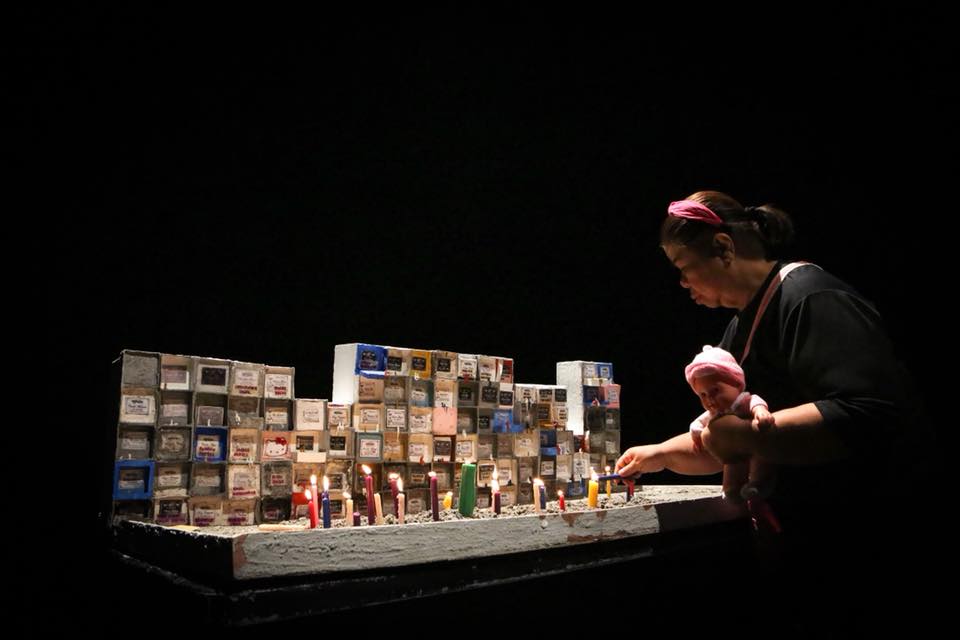 “Tao Po,” a monologue play written by Maynard Manansala and performed by Mae Paner, explores in four vignettes—featuring different characters based on real-life Filipino citizens and their stories—the consequences and implications of the government’s war on drugs. Now on tour, the show will have a one-off performance at the Globe Auditorium of BGC’s Maybank Performing Arts Center tomorrow, Nov. 26, 10:30 a.m., as part of the BGC Arts Festival.

Aurelio Tolentino’s 1907 proletarian play that uses the Christ story to highlight the struggles of Filipino workers is given a new staging by Alexander Cortez, in commemoration of the revolutionary playwright’s birth sesquicentennial. Boo Gabunada plays the peasant leader Jesus Gatbiaya; others in the cast include Rica Nepomuceno, Greg de Leon, Niño Mendoza, Gel Basa, Jojo Cayabyab, Randy Villarama and the Dulaang UP Ensemble.

Repertory Philippines’ ‘Beauty and the Beast,’ until Dec. 14, OnStage Greenbelt 1

Rep’s production of “Beauty and the Beast,” pitched to its young audiences, has been running since August and is set to close Dec. 14. The musical (book by Peter del Valle and John Ahearn, music by Michael Valenti and lyrics by Elsa Rael), which hews more to the original 19th-century French novel than the Disney movie versions, has scenic design by Joey Mendoza and is directed by Joy Virata. As part of its 50th anniversary celebration, Peta brings back for three nights only one of its landmark productions, “Ang Buhay ni Galileo,” about the maverick life and legacy of Galileo Galilei as retold by German playwright Bertolt Brecht (Filipino translation by Alan Glinoga). First staged in 1981 at Peta’s old home, the open-air Rajah Sulayman Theater in Intramuros, the latest production will make a return to the same stage under Rody Vera’s direction, with Joel Lamangan, the original Galileo, also back to play the role.

Tanghalang Pilipino, the resident theater company of the Cultural Center of the Philippines, offers a new Christmas production, “Lukot-lukot, Bilog-bilog,” a comedy about saving money and saving relationships. The play, featuring the TP Actors’ Company, is written by Eljay Castro Deldoc and directed by Abner Delina Jr.

Bidding to make the show a traditional Christmas offering for families and communities nearby, 9 Works Theatrical and Globe Live brings back the Alan Menken-Lynn Ahrens musical version of Charles Dickens’ “A Christmas Carol,” after a successful run last year. Robbie Guevara once again directs, and Miguel Faustmann reprises his role as Scrooge. Also in the cast are Franco Laurel, Noel Rayos, Arman Ferrer and Laurence Mossman, among others. Choreography is by PJ Rebullida.