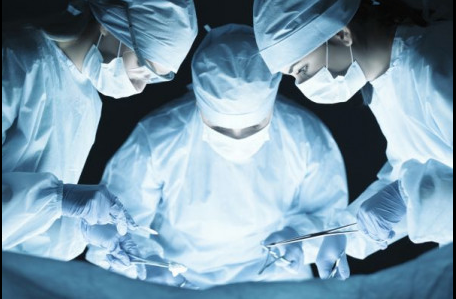 Receiving a transplant from a genetically identical twin eliminates the risk of seeing the recipient's body reject "foreign" material from an unrelated donor. Dutko/Istock.com via AFP

A man who had suffered burns over 95 percent of his body, putting him on the verge of death, was saved by a skin transplant from his identical twin in a world-first operation, French doctors said Thursday.

The 33-year-old man, identified only as Franck, received skin grafted from his brother Eric’s skull, back and thighs.

Receiving a transplant from a genetically identical twin eliminates the risk of seeing the recipient’s body reject “foreign” material from an unrelated donor.

Usually in burn cases, the skin of a deceased donor is used, and the donor skin is typically rejected within weeks. That is usually enough time for new skin to start growing or to be harvested from elsewhere on the patient’s body.

Twin-on-twin skin transplants have been done before, but this was the first to cover such a large surface area, said Maurice Mimoun, a surgeon at the Saint-Louis Hospital in Paris, where the procedure was done.
The previous record for such transplants involved a case where about 68 percent of the victim’s body was burned.

Franck was admitted to hospital in September last year after being burned in a work accident, and the first graft from his twin was done a week later, followed by about a dozen procedures.

Four-and-a-half months after his admission, Franck left hospital for a rehabilitation centre.

Today, “he is at home with his partner, he can get on with his activities, his face has healed well,” Mimoun told AFP.

The skin’s epidermis, tough and water-resistant, protects the body from dehydration, injury and infection. KI