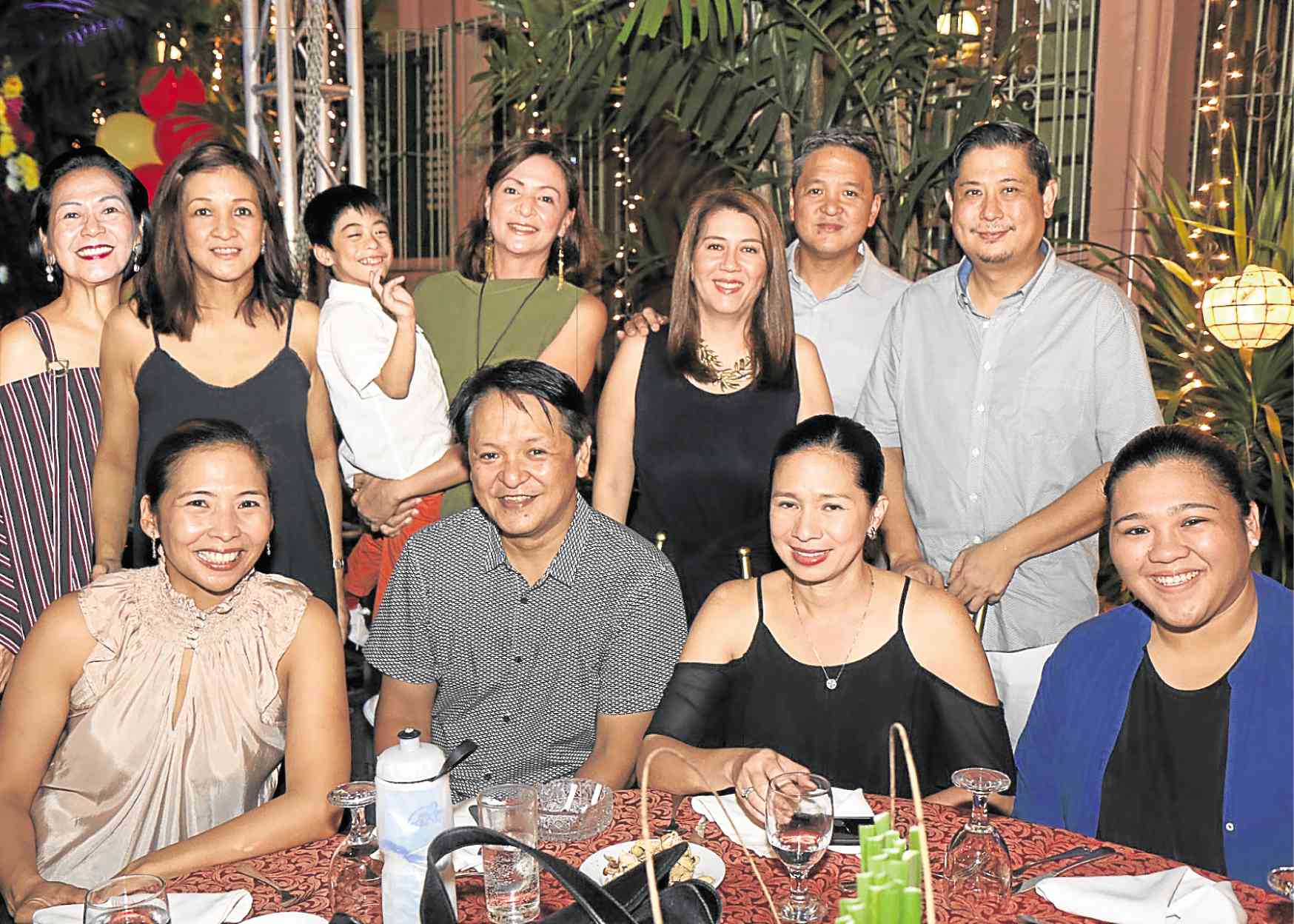 When was the last time anyone saw a shiny Cadillac quietly glide through the gates of an imposing mansion along Taft Avenue?  Way back in the 1950s, perhaps?

Well, this writer saw such a storied car  make its way through the driveway of one of the last grand homes of that street one recent weekend. It was the house of Jun and Nene Leonor; the latter, one of the most beloved philanthropists in the country, was celebrating her birthday with friends and family.

The Leonors are among the few prominent residents who chose to stay put on Taft Avenue, which once upon a time was one of the most fashionable streets in Pasay City and Manila. Lined with tall, willowy trees, it was a most sought-after residential address. Affluent families built such stately homes on a particular strip of the avenue that stretched from Quirino Avenue to Buendia.

The  Taft Avenue of today is a far cry from what it was back then, but the splendor hasn’t been completely lost.  The elegance of this neighborhood is rekindled whenever there’s a party being hosted by Nene Santos Leonor.  Her birthday dance party was held in the serene garden of her sprawling home in the huge Leonor compound.  Thus, it seemed that Christmas was already in the air, as almost every tree and plant was lighted with bright white lights.

It was a merry evening indeed as so many of her friends and family braved the traffic to celebrate with the great lady. Well-wishers included former Philippine President and now Manila Mayor Joseph Ejercito Estrada, Dr. Loi Ejercito, Jaime Laya, Margie Moran-Floirendo, Helen Ong and Nini Licaros, among others. So once again, Taft Avenue was the only game in town.

Mrs. Leonor, who served as president of the Friends of CCP and so many other charities, looked resplendent in a red Rajo Laurel gown, which was an ideal contrast to the greenery that surrounded the party venue.  As if that wasn’t enough, many of her guests chose to wear colors that further made the lady in red stand out.

But she wasn’t one to make a star entrance, as she made each of her guests feel like they were the most important person in the party.   And despite the elegant trappings, she made sure that the bash was just as casual and unpretentious as any get-together. As stated in her text invite, “Just wear a party dress, no gifts, you may  bring DI.”

The celebrant could hardly say a word as guests embraced and showered her with their love. Husband Jun serenaded her with an appropriate song, Nat King Cole’s classic hit “Too Young,” which could well be their love song.  Her six granddaughters gamely performed a bouncy song and dance number and gave the party some youthful vigor. Not to be outdone, the celebrant hit the dance floor and gyrated to a swinging disco tune with husband Jun .

The Saturday night party, which stretched on until midnight, was more of a love-in for Nene Leonor as many of the guests made mention of her graciousness and generosity. As one of her guests, Helen G. Massab, said, “In this world where backbiting has become a past time, Ms. Nene is one of the ladies I know who doesn’t gossip or say anything catty about anyone. She’s genuinely nice. That is why we all love her so much!” —CONTRIBUTED