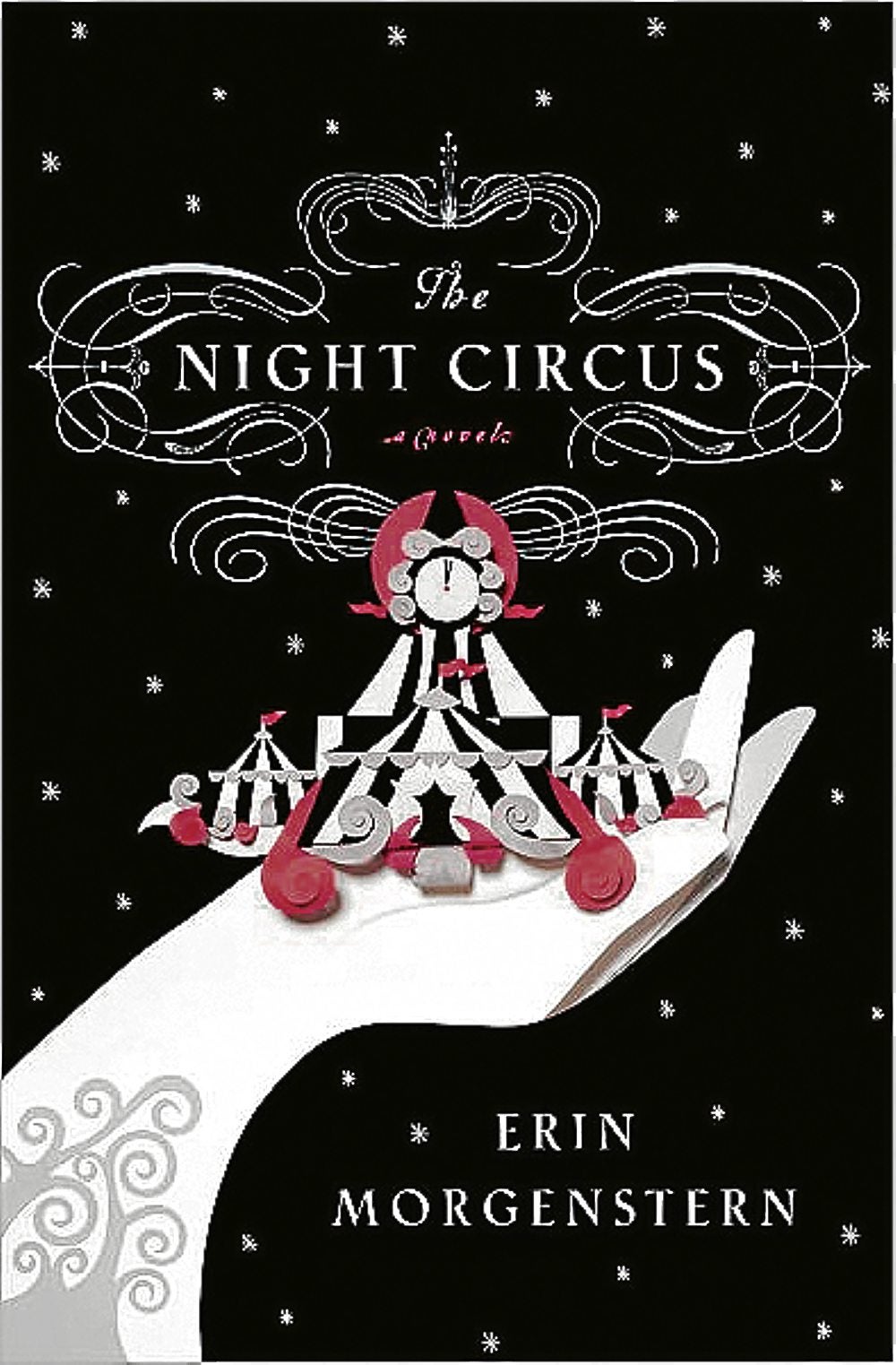 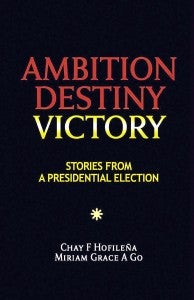 In a year bereft of final novels featuring boy wizards in Hogwarts, broken dawns featuring sparkling vampires, or cunning endings to Hunger Games combatants, 2011 brought with it a virtual invasion of new ideas and new voices, though there were some we had heard of before.

In a year heavy with genre writing, there are romances and politics, reality and fantasy. It was the year of the mostly new. And there were lots to love.

So here, alphabetized by author’s name, are our 10 favorite books from 2011:

If you want to know the many secret stories behind the poll-to-poll combat that was the 2010 presidential elections, then this masterfully researched, crisply written account of the four campaigns is for you. No matter what your political persuasion is, the tales of behind-the-scenes power struggles and ideological differences are as gripping as the powerful gravity of the different personalities involved. The presidential candidates have never been as vividly portrayed as they are here. 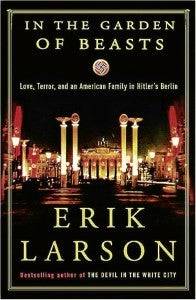 The Apple founder’s death in October at the age of 56 made sure this book would be the most awaited biography of the year. Isaacson received unprecedented access from Jobs as well as people around him, producing a substantial tome that tells the story of one man and his lifelong question to “dent the universe” using technology and design. The book’s revelation lies in the fact that while Jobs is even more of a certified genius than you think, he was also an abrasive, relentless boss people hated working with. But that didn’t stop him from changing the world. This is how Steve Jobs came to be Steve Jobs.

“In the Garden of the Beasts: Love, Terror, and an American Family in Hitler’s Berlin” by Erik Larson (Crown Publishers)

When stodgy William Dodd arrives in Berlin in 1933 to assume the post of American ambassador to Germany, he has no idea he would be in the middle of a historic maelstrom. As Adolf Hitler pushes Germany on to the fanatical path to war and genocide, Dodd’s feisty daughter Martha will find out that a bloody terrifying truth is hidden behind an illusion of progress. This is yet another impressive work of vivid nonfiction from the author of “The Devil in the White City.”

“A Dance with Dragons: A Song of Ice and Fire Book Five” by George R.R. Martin (Bantam) 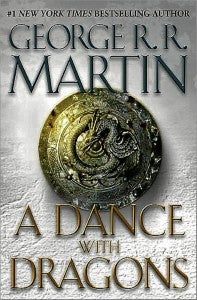 The next volume in the most popular fantasy series since “The Lord of the Rings” returns after a six-year delay to the perfect atmosphere, as HBO’s critically acclaimed adaptation gathered an entirely new audience to “The Song of Ice and Fire’s” already devoted multitudes. As usual, this gripping behemoth of a book sees characters die suddenly with others just trying to survive, plus the best cliffhanger so far. In Martin’s world, it’s less about the fantasy and more about human frailty, and that makes the unknown wait until the next volume all the more difficult.

“The Night Circus” by Erin Morgenstern (Doubleday) may be the year’s single most magical book.

A lushly crafted tale of love under the big top called Le Cirque de Reyes, it has an unforgettable group of characters as two aspiring magicians are drawn to each other even as their mysterious pasts lead them to inevitable conflict. Playfully imagined and yet easily emphatic, Celia and Marco must somehow make their way through a forest of obstacles both mystical and otherwise to see if their destiny lies in being together. And Morgenstern’s prose is, hands down, the most delicious writing of the year. You may wind up reading it a page a day just to savor the luscious paragraphs—if you can keep from reading it straight to find out what happens, that is.

“Supergods: What Masked Vigilantes, Miraculous Mutants, and a Sun God from Smallville Can Teach Us about Being Human” by Grant Morrison (Spiegel & Grau)

Perhaps the best and most popular writer in comic books today after having worked on “Superman,” “The Batman” as well as “X-Men,” among many others, Morrison deciphers the new mythology of superheroes in pop culture in his hypnotic, hyperactive prose. More than just a history of comic books, “Supergods” is an entertaining explanation of why superheroes mean so much to us mere mortals today.

This master of Filipino humor strikes again with his ninth book, gleefully subverting the conventions of our popular culture yet again. Continuing with his hilarious literary experiments, this book purports to be three separate screenplays—an over-the-top action movie, a goofy horror flick and an overwrought drama—which come together to become both genre parody, as well as societal satire. This is cover-to-cover hilarity that hits his targets in all the right places—and its cover knowingly joins in on the joke. 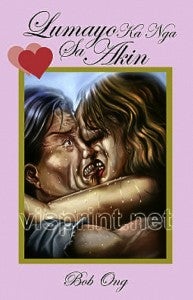 “Before Ever After: A Novel” by Samantha Sotto (Crown) 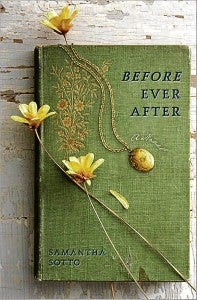 What do you do if you find out your husband—supposedly dead for three years—is actually alive but hidden from you? Oh, and he doesn’t grow old—according to the grandson who has just shown up at your door. This sweet, sparkling first novel takes readers on an affectionate race around the world (and into the past) in search of answers and maybe even closure for Shelley, the bewildered but hopeful protagonist. It reminds you that love may be found in the unexpected places—and in the most unusual circumstances.

A sensationally refreshing voice, Bebang Siy brings outrageous observation and pitch-perfect timing to this smile-inducing yet poignant collection of writing about pretty much everything in her life. In friendly Filipino, she’s also fearless (writing about sexuality and trauma) and funny (writing about pretty much everything else). There, too, are poignant memories of growing up lower-middle-class, all of it draped with Bebang’s distinctive wit and capacity for wonderment. 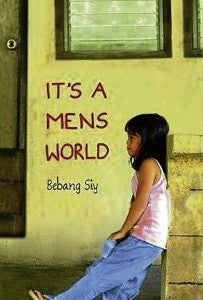 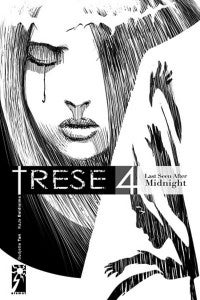 The newest installment of the wildly successful “Trese” comic-book series carries its trademark spooky inventiveness proudly as Alexandra Trese and her bodyguards, the Kambal, look into the truth behind comatose dorm mates, missing monsters, and even a certain world-famous prizefighter. Tan writes and Baldisimo illustrates with poise and polish. Like the best of its earlier incarnations, “Last Seen Before Midnight” lures readers into looking at their surroundings and finding the weird as well as the amazing.