‘Belenisimo in Tarlac’ harks back to its humble history | Inquirer Lifestyle 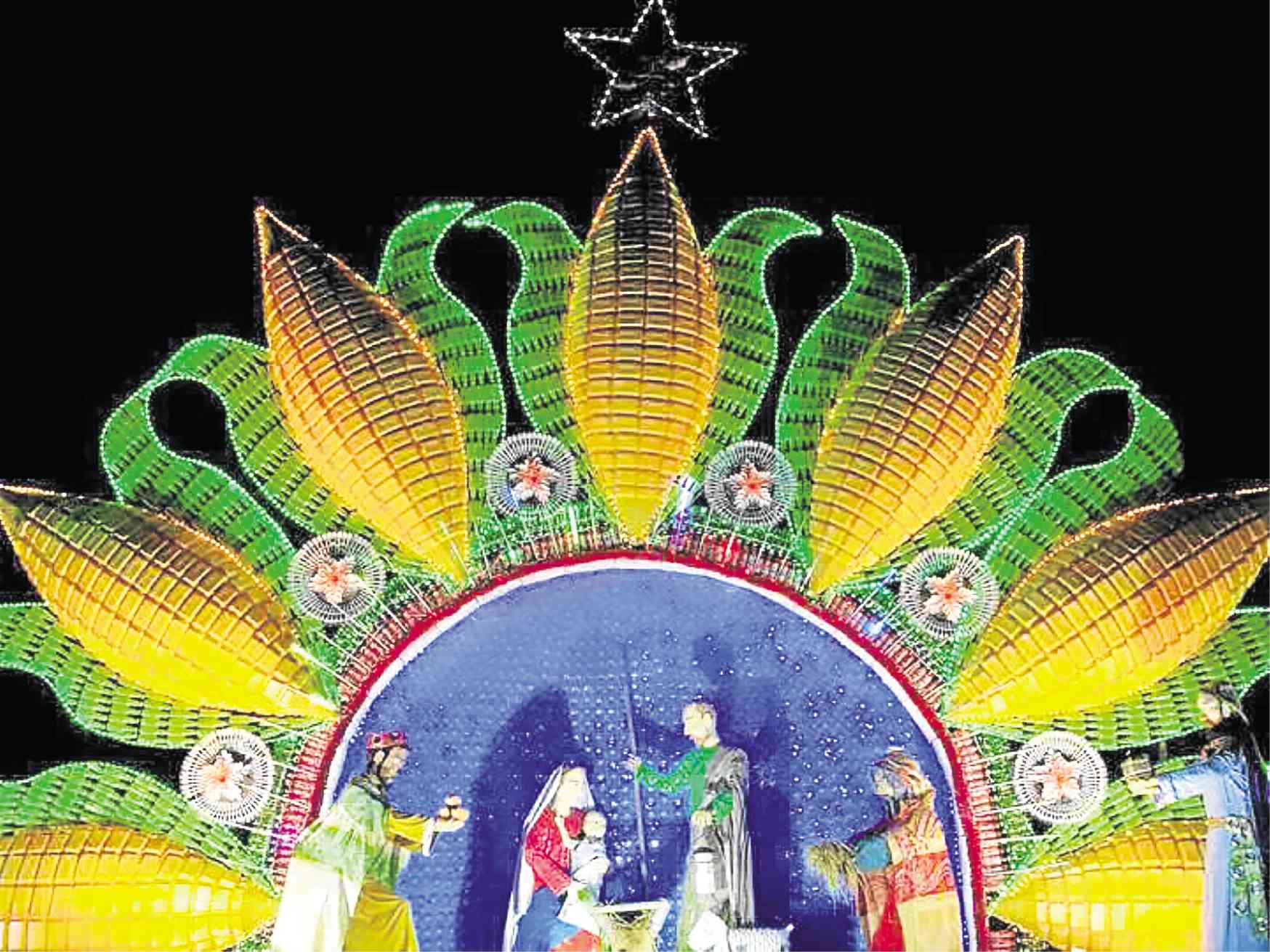 Some of the entries from Tarlac’s barangays and business establishments. Notable is the ingenious manner with which participants recycled junk materials to assemble their version of the “belen.” —PHOTOS BY POCHOLO CONCEPCION

‘Belenisimo in Tarlac’ harks back to its humble history

What makes the visual spectacle “Belenismo sa Tarlac” meaningful is the vibrant sense of community and admirable resourcefulness of the locals who use to full advantage what many consider disposable trash.

An annual province-wide competition, “Belenismo…” began in 2007 with the idea of helping spur interest in Tarlac as the “Belen Capital of the Philippines.”

The idea took shape when Rev. Fr. Alex Bautista, head of the Diocese of Tarlac Commission on Cultural Heritage of the Church, collaborated with Isabel Cojuangco-Suntay and daughter Dr. Isa Suntay of Tarlac Heritage Foundation.

The ‘belen’—from the Spanish word for Bethlehem—is the Biblical depiction of Jesus’ birth in a manger, also known as The Nativity. 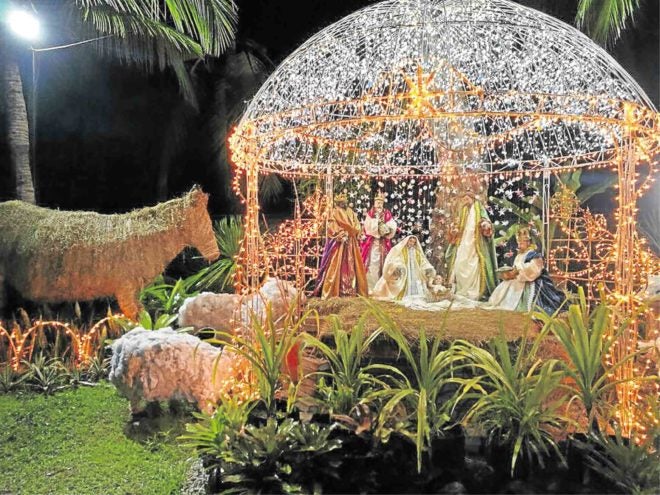 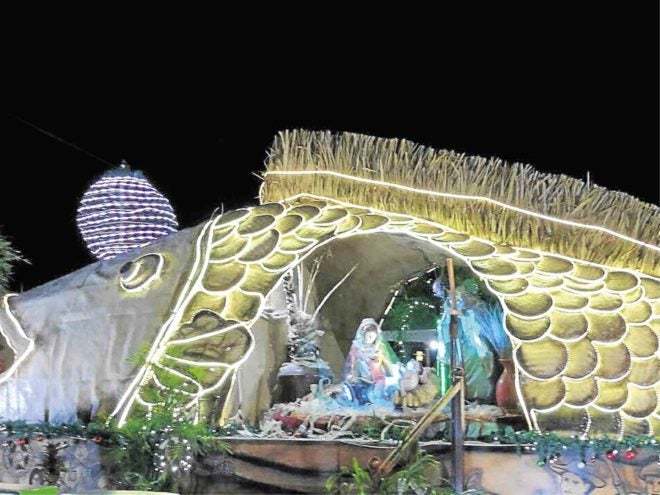 Notable is the ingenious manner with which participants recycled junk materials to assemble their version of the belen.

The other entries reflected the towns’ respective industries.

In San Manuel, a rising agricultural town, the half-circle backdrop surrounded by corn cobs, speaks of the town’s abundant yellow corn harvest which had earned for it an award as “Outstanding Yellow Corn Producer” in the country. 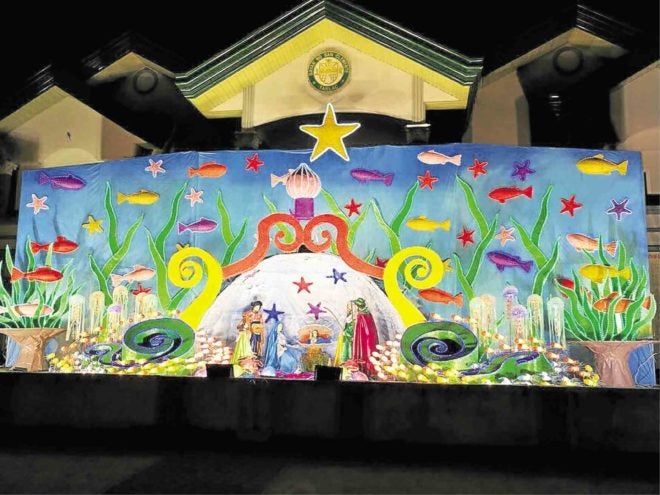 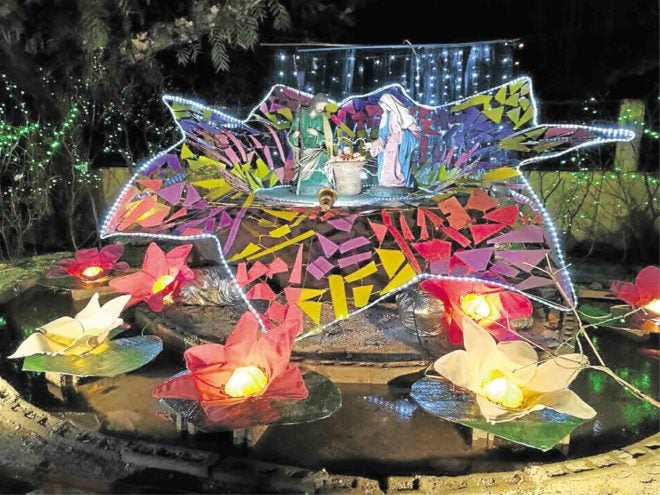 The farmers’ life was also aptly represented by other entries, like that of Capas which presented a belen that had a windmill as backdrop. Windmills are used to pump out water for irrigation, except that in Capas, the farmers do it with the invaluable help of the carabao.

The main material used for the entry was carabao manure delicately taken out from Crow Valley Gunnery Range in Barangay Sta. Juliana.

In the old days, the carromata was a mode of transportation used to ferry people and goods. The entry’s description referred to this as well: “We would like to ferry Jesus to the hearts of people…”

The carromata’s backdrop was inspired by Bacolod’s Masskara Festival: “Jesus in becoming man, masked himself with our humanity.”

A mixed group of TV and print journalists, along with fashion designers, comprised the panel of judges for the finals on Nov. 18. Awarding ceremonies will be on Dec. 2.

The entry titled “Marawi sa Panahon ng Kapayapaan”—a life-size rendition of the belen set in the Lanao del Sur capital, with a mosque and a Catholic church flanking it and Lake Lanao in the foreground, was chosen as a Hall of Fame winner. It was mounted by Armed Forces of the Philippines soldiers and Philippine National Police officers who saw action in the Marawi siege.