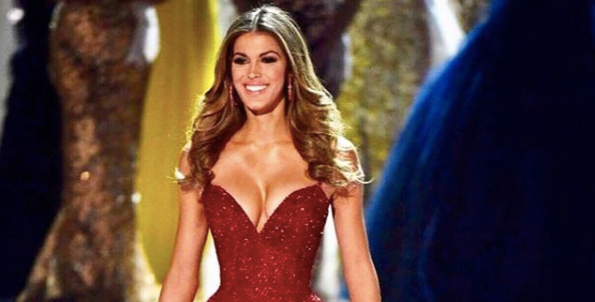 In an Instagram post, the Dubai-based designer shared that he was the designer behind the scarlet red gown embezzled with Swarovski crystals, which Mittenaere wore as she crowned her successor on the pageant’s coronation night held in Las Vegas, Nevada.

Cinco gave his thanks to the Miss Universe organization for choosing his design for Mittenaere’s final walk.

In her own Instagram post, Mittenaere expressed her warmest congratulations to her successor, Demi-Leigh Nel-Peters from South Africa.

Congrats love ! The new @missuniverse ❤️👑 proud of you ❤️ 😁

Mittenaere was crowned as Miss Universe 2016 when the pageant was held in Manila on January this year, succeeding Pia Wurtzbach from the Philippines. JB