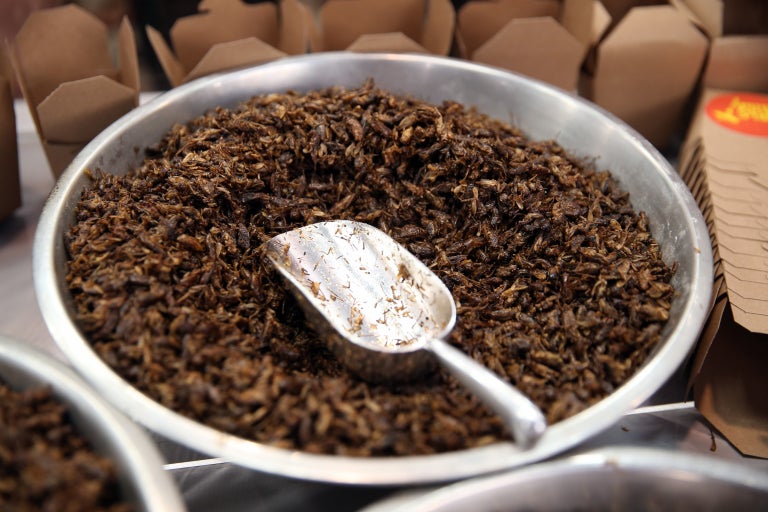 Some 2.5 billion people, mainly in Asia, are already eating insects, which are rich in fatty acids, calcium, iron and vitamin B12, on a regular basis, according to the FAO. © ANDREW MURRAY / AFP

A stomach churning recipe or a solution to world hunger? A Finnish bakery group on Thursday said it would be the first in the world to offer bread made out of insects at grocery stores.

The bread contains dried crickets ground into powder and mixed with flour. Each loaf contains 70 crickets, making up around three percent of the bread’s weight.

“Mankind needs new and sustainable sources of nutrition,” said Juhani Sibakov, innovation director at the Fazer Bakery, one of the largest food companies in Finland, in a statement.

The Food and Agriculture Organization (FAO) of the United Nations launched in 2013 a program to encourage the breeding and consumption of insects, saying the cheap and ecological food could feed the nine billion humans expected by 2030.

Finland became the fifth European country earlier this month to lift a ban on the sale of edible insects.

“We are looking forward to seeing how our novelty bread is received,” Sibakov said.

The first cricket breads will be available in eleven in-store Fazer bakeries on November 24.

Sales will initially be made in cities near the capital Helsinki due to lack of cricket flour for nation-wide sales.

Several stores in Belgium, the Netherlands, Denmark, and Austria have been marketing insect-based products for human consumption.

Some 2.5 billion people, mainly in Asia, are already eating insects, which are rich in fatty acids, calcium, iron and vitamin B12, on a regular basis, according to the FAO. AB