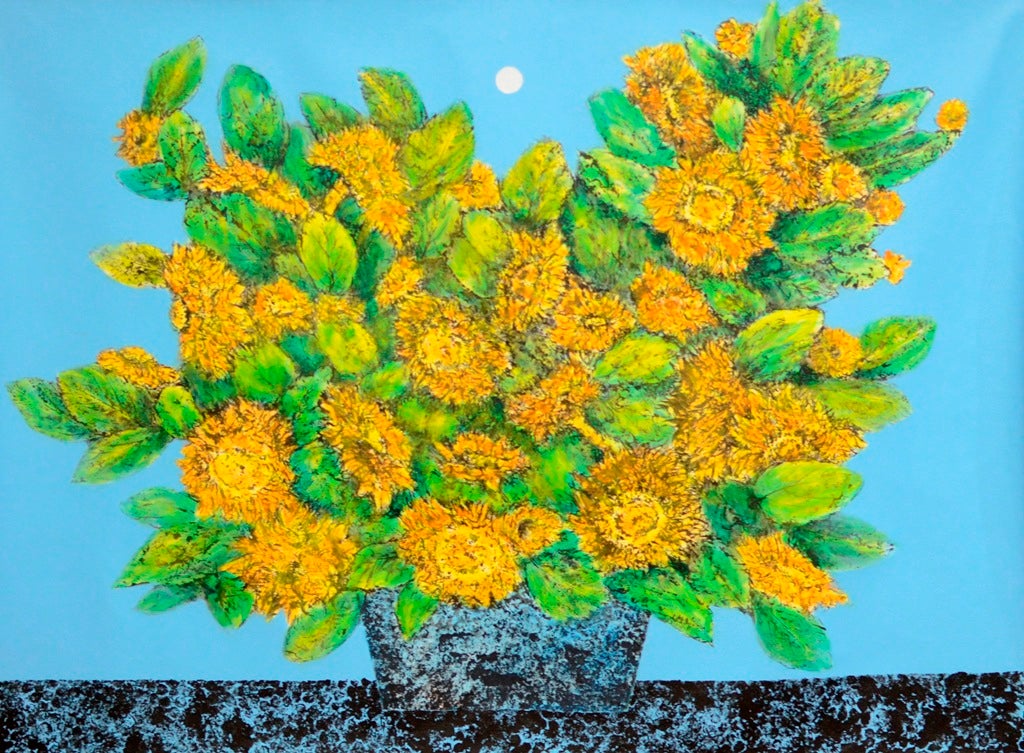 To mark the 88th birthday of Juvenal Sansó, “Sanso: Colors” will open Nov. 28 at Solaire in Pasay City.

With a stellar career in the arts spanning seven decades, Sansó has received three important awards from three countries: King’s Cross of Isabella from the King of Spain, Order of Chevalier from the French republic, and Presidential Medal of Merit from the Republic of the Philippines.

An artist of great import, his works have been collected in private collections and museums in the Philippines, France and the US. A substantial body of his works is exhibited at Fundacion Sanso, which runs a museum and an archive in San Juan City, Metro Manila.

Sanso is a master colorist. He can wield colors to compare the mood or ambiance for his specific artworks, making them tranquil, contemplative, exuberant, somber, or even morose and tragic. He can use color or even the absence of it for his own purposes.

In “Sanso: Colors,” two sets of works are presented to highlight contrasts in Sanso’s artistic oeuvre.

First, a set of textile designs from 1958 to 1968, when as a young artist, Sanso supported himself in Paris by creating these for leading fashion houses such as Bianchini Ferrier and Balenciaga.

The second, rare works on paper, mostly from the 1980s, with flowers and landscapes as the main subjects, which the artist often kept for himself. Both sets of works have been chosen to highlight an aspect of his practice: color and his manifold ways of combining them to achieve a balanced composition and mood.

By juxtaposing these two distinct bodies of work, the public is given access to both his artistic legacy and his person.