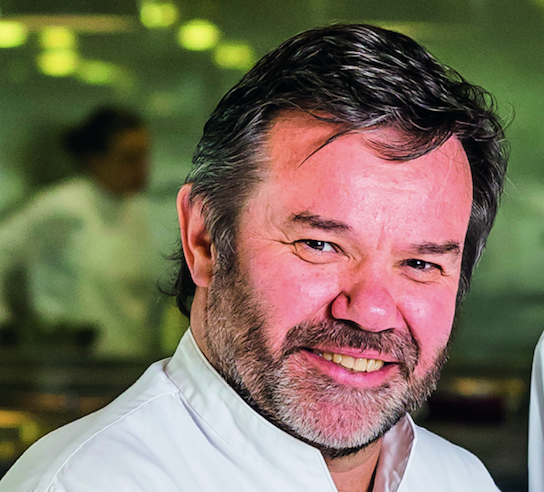 Michel Troisgros, of the storied Maison Troisgros restaurant in southwest France, has been voted this year’s top chef by his fellow Michelin-starred colleagues, in an international survey which was revealed in Monaco on Sunday.

Organized by the French industry magazine Le Chef, the 2018 edition of the “100 Chefs” list asked 552 international chefs who hold two to three Michelin stars to name the five chefs they believe represent the best of the profession, create the most influential cuisine, and helm a must-visit restaurant.

Winners were announced at the Chefs World Summit in Monaco Sunday night.

This year, Troisgros earned the biggest respect of his peers, taking the top spot in the fourth edition of the awards for the culinary excellence he performs at Maison Troisgros, holder of three Michelin stars.

After more than 85 years, holding court as one of France’s most illustrious dining institutions opposite the Roanne train station, Maison Troisgros began a new chapter earlier this year and moved a few kilometers to a nearby commune of Ouches.

The restaurant has held three Michelin stars since 1968. Michel Troisgros is the third-generation chef to continue its gastronomic legacy.

France boasts a healthy lead ahead of its nearest rivals, with Spain and Japan represented by 10 chefs each and tying for second.

For the first time this year, Norway cracked the list with chef Esben Holmboe Bang getting nods from his colleagues for his triple Michelin-starred Oslo restaurant Maaemo.