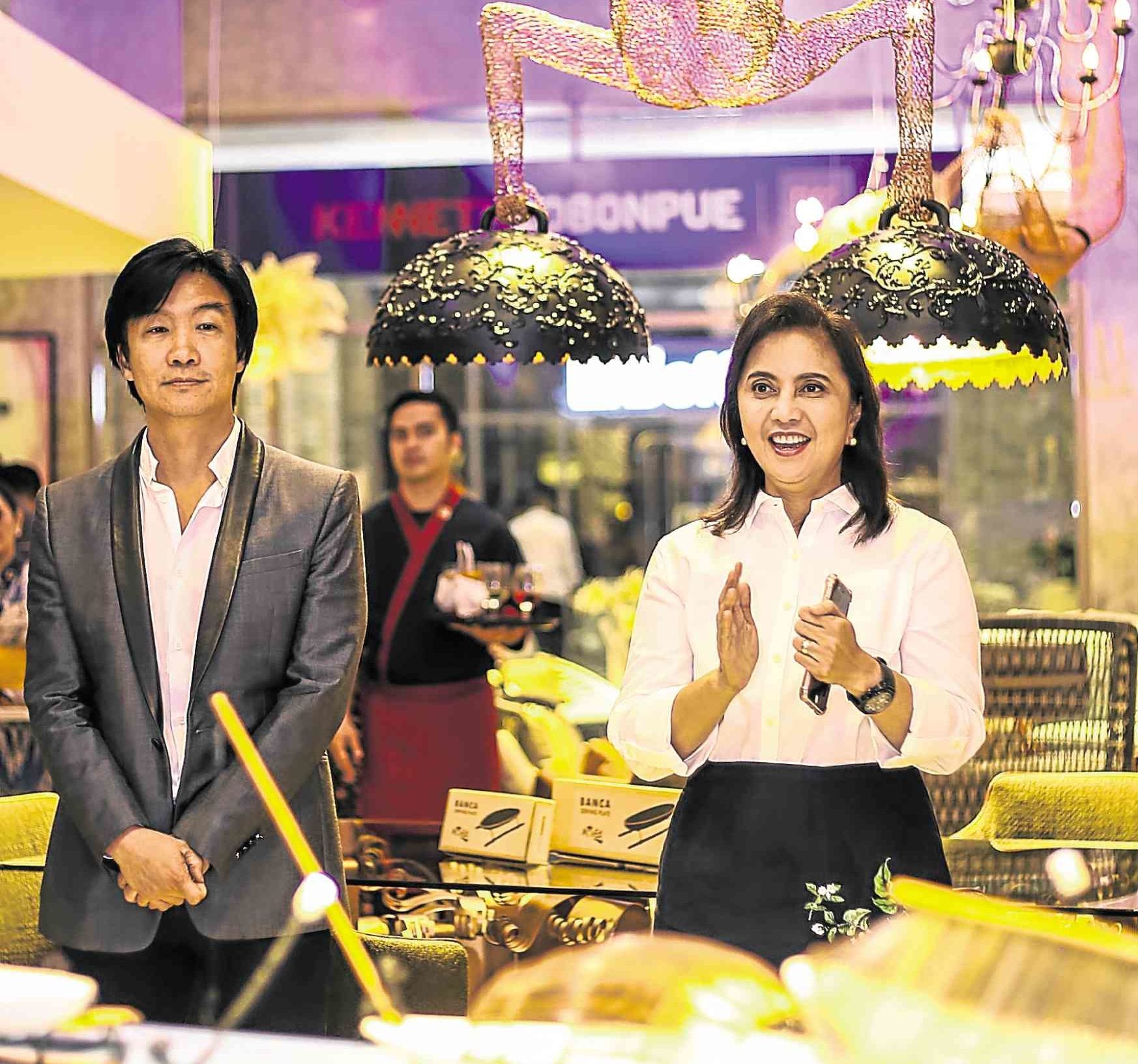 Not content with handling big-ticket projects, industrial designer Kenneth Cobonpue is pushing the envelope with tableware and accessories.

He has come up with witty gift items to draw holiday shoppers to his eponymous showroom at The Residences in Greenbelt, Makati.

“The character changes with the plant that you put in,” he pointed out.

The pièces de résistance are his Asian boat-themed tableware, dedicated to MovEd Foundation, which is committed to providing quality education to the underprivileged.

The series consists of Filipino rattan rafts bearing fishermen with their nets and lamps, and ceramic bowls with a metal canopy and rattan hulls.

“There is so much tableware in the market. I wanted to bring something Filipino and fun,” the Cebuano designer said.

He collaborated on the tableware collection with an apprentice. Meredith Lichangco, a student from De La Salle- College of Saint Benilde, applied for an internship at Cobonpue’s factory in Cebu.

The designer gave her the concept of Asian-inspired boats for table accessories. He then guided her in drawing the forms, making the models and developing the product.

The smaller boats are priced at P1,750 while the big bowls are at P2,250. All proceeds will go to MovEd.

MovEd founder Alexandra Eduque got in touch with Cobonpue when she headed Habitat for Humanity’s Youth Council. She broached the idea of designing an item to raise funds for Supertyphoon “Yolanda” victims.

Cobonpue developed “First Light,” a metal-framed candle holder, sheltered by a nipa hut on stilts. To this day, sales of this candle holder go directly to Habitat for Humanity, which honored the designer as an ambassador.

Eduque established MovEd in 2012 to help improve the quality of life of underprivileged youth through education. The NGO, headed mostly by millennial directors, sustains the schooling of 702 students in the National Capital Region and Camarines Sur.

“In our holistic approach, the children can’t go to school hungry. We serve at least one nutritious meal a day through our class feeding program with R.S. Po Foundation of Century Canning. We also run livelihood programs for the parents,” Eduque said.

Early this year, Eduque asked Cobonpue to design a piece that could be auctioned for charity. Last March, he created a large, mixed-media work on canvas which was sold at a Philippine Tatler event.

Unlike other designers who get a commission from the sales of a piece, Cobonpue is known for his generosity. He has donated to The Art of Pink, an auction held at the Peninsula Manila for the Philippine Foundation for Breast Care, Inc., and to the Rotary Club of Makati’s art sale, proceeds of which go to treating poor children with congenital heart disease.

“What is important is that the pieces inspire young designers and that they bring good to people who need help,” Cobonpue said. –CONTRIBUTED

Kenneth Cobonpue Showroom is at The Residences, Greenbelt, Makati. Call 5761639.