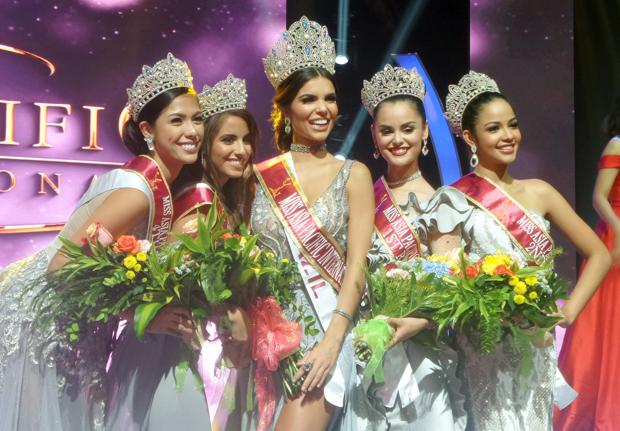 PASAY CITY – There’s a new ambassador for “beauty in diversity” and she’s from Brazil.

She received her crown from Dutch beauty Tessa Le Conge, who bagged the title in last year’s edition, the first after a decade-long hiatus.

Rounding out the winners’ circle are Morgan Doelwut of the Netherlands and Ilene De Vera of the Philippines who finished fourth and fifth, respectively.

At the turn of the millennium, the contest expanded and accepted delegates from outside the Asia-Pacific region and was called the Miss Asia Pacific International pageant.

The coronation ceremonies will be telecast on the FOXLife channel on Dec. 3 at 9 a.m., and on ABS-CBN on the same day before “ASAP.”

The Philippine Daily Inquirer is a media partner of the 2017 Miss Asia Pacific International pageant. /atm