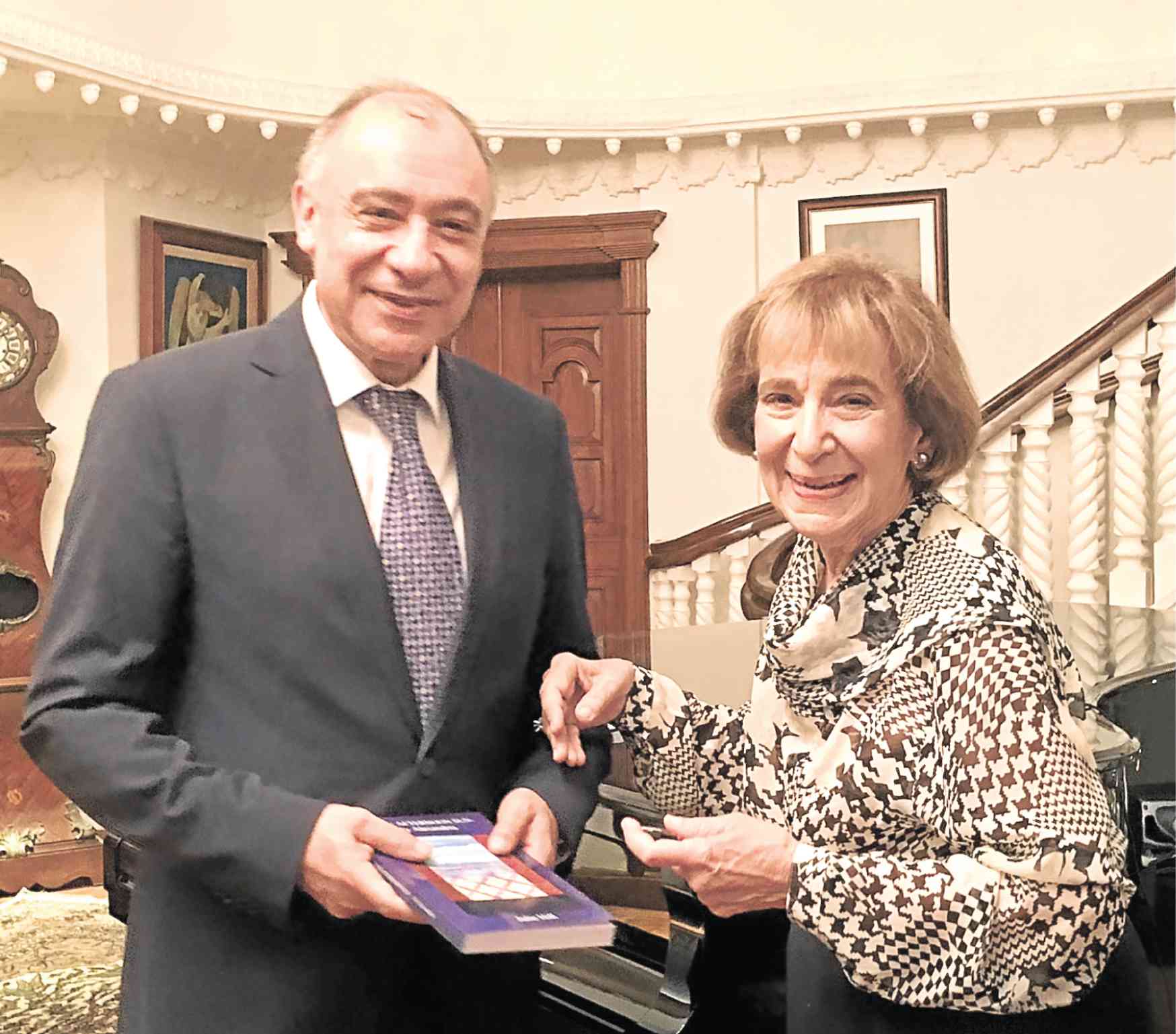 Julie Hill remembers the ‘vivid dream’ of her vanished Alexandria

“I am an Alexandrian.”

With this proud declaration, world traveler and writer Julie Hill opens “In the Afternoon Sun: My Alexandria,” her memoir of the Mediterranean city where she spent the first two decades of her life.

Hill’s recollections are all the more poignant since the city she describes, for all intents and purposes, no longer exists except in the memories of its surviving inhabitants.

“It echoes the life of a Greek community in a time and space that doesn’t exist anymore,” says Hill, now 81.

Hill’s connection to the Philippines dates back to the 1970s when her late husband Arthur ran the Ford Foundation’s Manila office for several years. She formed lifelong friendships with, among others, Philippine cultural conservator Dr. Jaime Laya and writer Butch Dalisay.

It was the latter who, after reading Hill’s previous books on her travels from Athens to Afghanistan and along the fabled Silk Road, encouraged her to write about her childhood in Alexandria.

The Philippine edition of “In the Afternoon Sun: My Alexandria” was published by the Society for Cultural Enrichment Inc. and launched in Makati last October. An international edition will be launched in Athens this December.

Hill’s book will be of interest to Filipinos primarily because of the light it sheds on Alexandria in the years immediately before, during and after the World War II.

Few cities have been mythologized in the popular imagination as thoroughly as Alexandria, thanks in large part to the English novelist Lawrence Durrell, who set his famous “Alexandria Quartet” there, roughly around the same period as Hill writes about. Mysterious, exotic, decadent, the city itself becomes one of the central characters in Durrell’s tetralogy, a living, implacable witness to the romantic entanglements and intrigues of the other characters.

“Everybody knows Lawrence Durrell and his vision of Alexandria, which is not the real Alexandria,” Hill says . “I grew up there.”

“When I am asked  where I am from, I would say Alexandria, which is not the same as Egypt,” she writes in the first chapter of her memoir. “I am a citizen of that city. ‘Alexandria’ is a word that is a key, opening up the imagination to a vivid dream that brings the ancient past and the more recent future together: and in that dream parade the Pharos—one of the seven wonders of antiquity—the great library, Alexander the Great, Constantine Cavafy and Lawrence Durrell, to whom the city persists as the Capital of Memory.”

“The city, inhabited by these memories of mine, moves not only backwards into history, studded with so many great names, but also back and forth in the living present, to the familiar and commonplace, to my family, to myself,” she continues.

The author was born Ioulia Leotsinides in 1936 to parents who had immigrated to Alexandria from Greece.

“We were not wealthy but we had a comfortable middle-class existence,” she recalls.

Alexandria then was “a mosaic of people of all nationalities,” she says. “Everyone was living independently, we had our own schools, our own churches, our own hospitals, our own sporting events. Somehow, we didn’t intermingle —the Swiss with the Greeks, the British with the Italians, and so on. Everyone looked down on the Arabs. It was during the colonial times.”

As a resident of a multicultural city, Hill had to be conversant in several languages, not only the Greek she spoke with family, but also French, which was the medium of instruction in the schools she attended; Italian and English; and by necessity, Arabic, which was the language of the bazaars.

Alexandria’s strategic location and its proximity to the Suez Canal guaranteed that it would not be spared the brunt of World War II, a period of air raids and privations that Hill describes vividly.

The wave of Egyptian nationalism and anticolonialism that followed the war saw the expulsion of all foreigners, among them Hill’s parents.

With their properties sequestered and their businesses nationalized, they were forced to return to Greece.

But when one door closes, another one opens.

While on a scholarship to America, she meets a Fulbright scholar from Australia named Arthur Hill. A whirlwind courtship and marriage ensues, and the life they build together would take them far away from Alexandria.

It would take 25 years before she would see Alexandria again, and she would hardly recognize it.

“I had difficulty holding back my tears when I arrived,” she writes. “My initial reaction was disappointment, even despair, looking at a filthy, neglected city.”

Over the years, however, Hill seems to have managed to reconcile the city of her childhood memories and present-day Alexandria, a crowded mega-city that has not been spared from the social and political unrest that plagues that part of the world.

Although she now calls Rancho Santa Fe in sunny Southern California home, Hill continues to return to her spiritual home. Together with other expatriate Alexandrians, she now devotes her efforts to supporting the Bibliotheca Alexandrina, the reincarnation of the fabled Great Library of Alexandria which was one of the marvels of the ancient world.