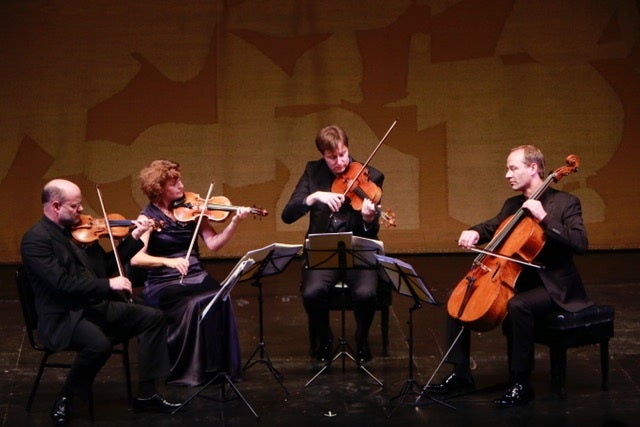 The Manderling Quartet recently made its Manila debut at the Cultural Center of the Philippines (CCP).

Obvious was every member’s astounding soloist capability; but each made a singular effort at collaboration and fusion to bring out the essence of ensemble work.

Having met the musicians backstage after their “amazing concert” in Berlin two years ago, Ching, who wrote the program notes of the concert, said he had composed the “sequel” to Mozart’s famous work and called it “Quartett Dissonanzen”—which he dedicated to the quartet.

In his notes, he said his composition was a “reverse” of Mozart’s. Immersed in European music tradition, Ching’s work is a witty commentary on Mozart’s work. His world premiere by the Manderling Quartet elicited hearty applause from the CCP audience.

The quartet held their audience in awe even more when they performed with collective ease Dvorak’s well-loved epic quartet, “The American,” which lasted for an hour! It was a very engaging listening.

Presented by Goethe Institut Philippines and CCP in cooperation with Makati Diamond Residence, the concert was a standout.

The Manderling Quartet was for keeps. They should come again to Manila! –CONTRIBUTED