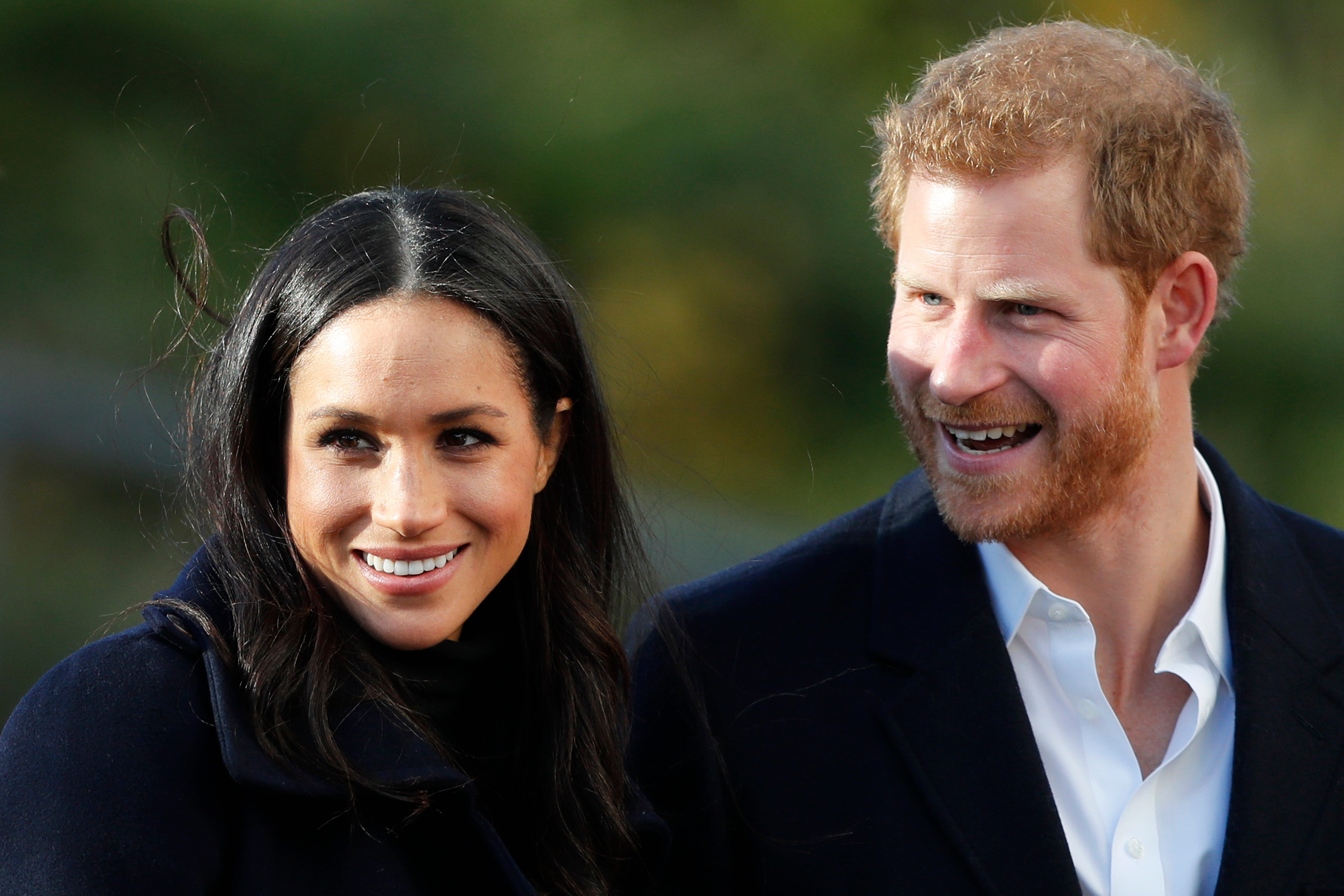 The couple’s visit to Nottingham was their first official commitment since they announced their engagement on Monday.

They plan to tour Britain over the next six months to give Markle an opportunity to learn about the country before their May wedding in the chapel at Windsor Castle.

Markle smiled and looked confident as she basked in the adoration of a crowd that had waited for hours in the cold to catch a passing glimpse of the couple. Dozens waved British and American flags.

A few were lucky enough to see the engagement ring up close as Markle shook hands. But the ring was old news for British commentators, who instead focused on her handbag — a Strathberry tri-color leather tote designed in Scotland and handcrafted in Spain.

The couple traveled to the east Midlands in England to visit a youth project and to raise AIDS awareness.

Their fans followed, including Irene Hardman, 81, who brought a gift bag with fridge magnets and candy for Markle.

Hardman wept with joy after handing the bag to the bride-to-be.

The trip was Prince Harry’s third to Nottingham since October 2016. The prince has long championed AIDS charities, following in the footsteps of his late mother, Princess Diana.

Holly Burdett, who is originally from West Bridgford, Nottinghamshire, but now lives in Sydney, Australia, returned home on the “gamble” that the couple would announce their engagement while she was there.

“I always thought I’d marry Harry, but you can’t win them all,” Burdett joked. “As long as they’re happy, that’s all that matters.” NVG

Prince Harry, Meghan Markle to wed in May 2018 at Windsor Castle

Meghan Markle has advocated for women since the age of 11