Love your dog? Don’t give him bone treats | Inquirer Lifestyle 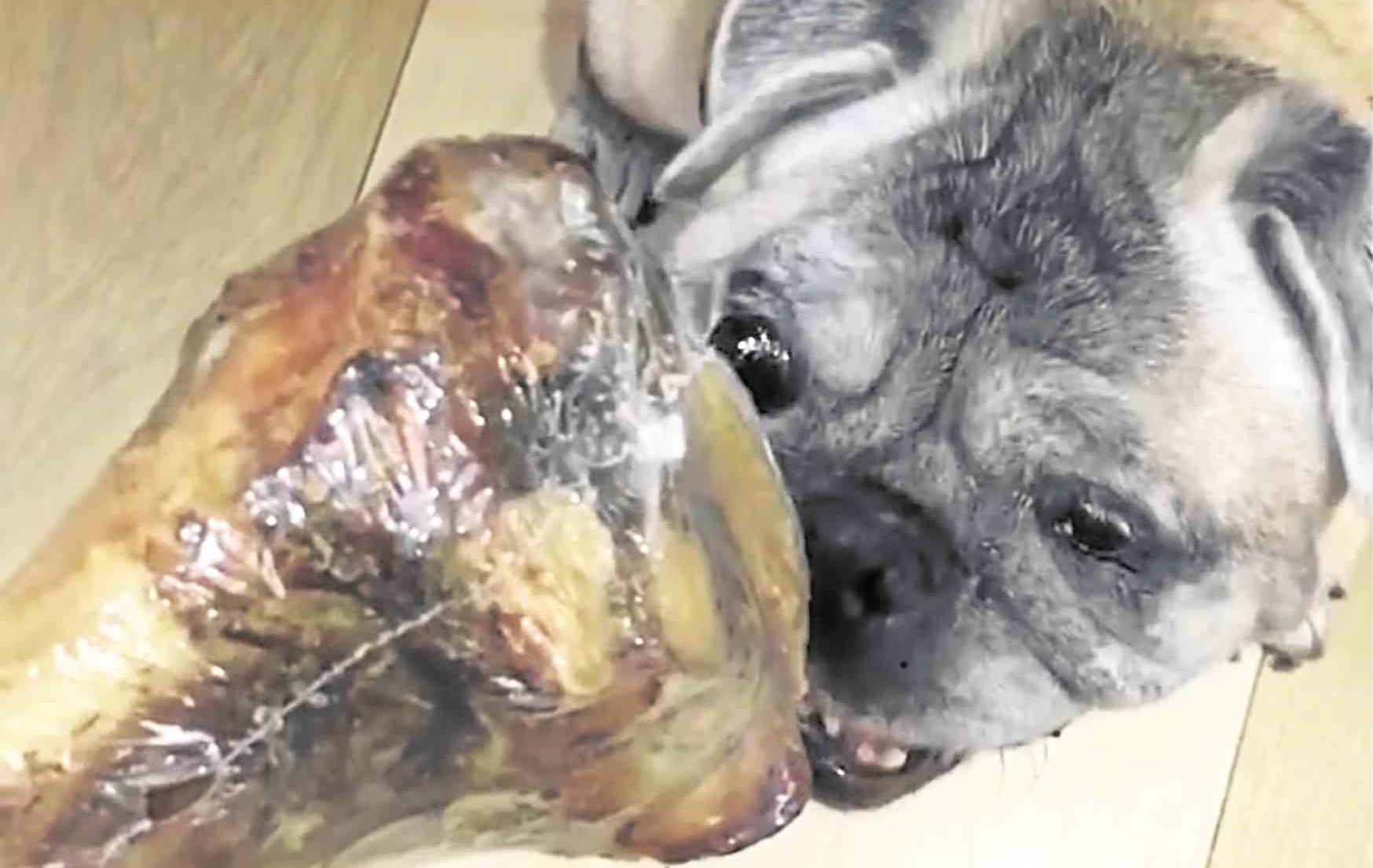 Love your dog? Don’t give him bone treats

Don’t stuff your dog’s Christmas stocking with bone treats. Giving these to your pooches can cost them their lives.

Bone treats are real bones that have been dried, flavored and packaged for dogs. They come in many sizes and flavors. Who hasn’t been tempted to spoil their dogs with bone treats, especially for the holidays?

The US Food and Drug Administration (FDA), however, issued a warning to pet owners last week linking bone treats to 15 deaths among pet dogs and 90 reports of illnesses. While news of the dangers of bone treats went viral last week, the FDA warning has actually been up since November 2010, said National Public Radio (NPR).

The FDA report also pointed out that it reviewed seven instances of other problems related to bone treats, including mold and treats that splintered when chewed.

According to CBS News, bone treats differ from uncooked, butcher-type bones since the former are processed and packaged for sale as dog treats, often advertised as a safe alternative. Bone treats are dried through a smoking process or by baking, and may contain other ingredients such as preservatives, seasoning or smoke flavorings.

Ham bones, pork femur bones, rib bones and smokey knuckle bones were among those listed in the illness reports.

“Giving your dog a bone treat might lead to an unexpected trip to your veterinarian, a possible emergency surgery or even death for your pet,” said Carmela Stamper, a veterinarian in the Center for Veterinary Medicine at the FDA. “We recommend supervising your dog with any chew toy or treat, especially one the dog hasn’t had before. And if the dog isn’t acting right, call your veterinarian right away.”

Symptoms reported to FDA by owners and veterinarians included gastrointestinal obstruction (blockage in the digestive tract), choking, cuts and wounds in the mouth or on the tonsils, vomiting, diarrhea, bleeding from the rectum and death.

In a report by NPR, Dr. Christine Bryan, a professor of community veterinary services at Mississippi State University, said one of the issues with bone treats is the way some of them are made. Some bone treats are animal material ground up and pressed into a bone shape, increasing the risk of small shards breaking off and causing internal damage or blockages.

While the FDA statement focused on bone treats, it also mentioned that turkey and chicken bones are dangerous for pets due to their tendency to splinter. They can also cut or choke your pet. Dog treats like dried pig ears or rawhide may also contain salmonella.

The FDA recommends the following steps to keep dogs safe:

Keep platters out of reach when cooking or when the family is eating. Bones from the kitchen table, including chicken bones, can cause injury when chewed by pets.

Be careful what you put in trash cans. Dogs are known to rummage through trash.

There are many products available in the market, made with different materials, for dogs to chew on. Discuss with your vet about alternative toys and treats that are appropriate for your dog.

Bryan recommends chew toys that engage a dog’s physical and mental energy. She told the NPR that a type of rubber toy with holes can be filled with peanut butter or canned dog food, and frozen for longer play time.

Stay away from rawhide chew bones. According to a report in Forbes, the United Pet Group early this year recalled a slew of rawhide chews for dogs, including American Beefhide, Healthy Hide, Companion, Dentley’s, Enzadent, Good Lovin,’ Hill Country Fare and Priority Pets, among others.

Some of the manufacturing facilities used quaternary ammonium compounds that are not approved for rawhide production in the United States and are linked to health problems in dogs, including gastric irritation, diarrhea and vomiting.

Holiday parties with large spreads are easy targets for sneaky dogs, Bryan said. It is that time of the year where higher instances of dog digestive distress occur. Keep your canine family members safe this Christmas—keep them out of the kitchen and trash bins, and don’t give them bone treats.