Could buying or having fewer things make you happier? | Lifestyle.INQ ❮ ❯ 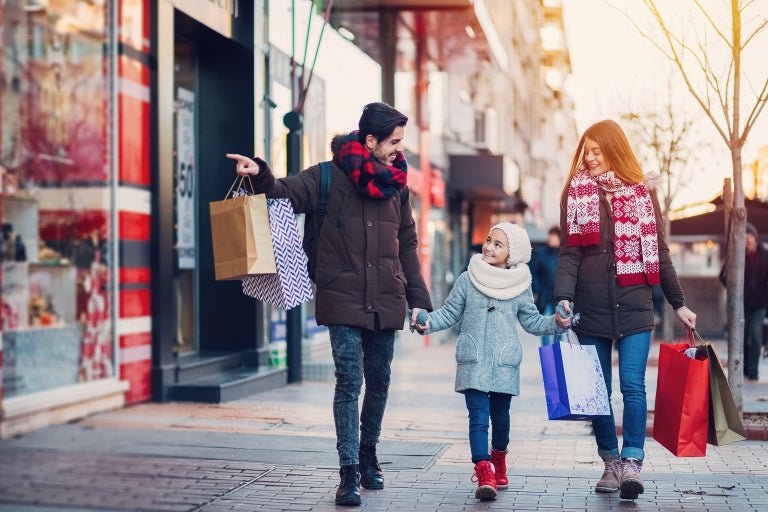 Could buying or having fewer things make you happier?

As we move towards Christmas and the inevitable shopping that comes with it, many of us will be thinking about what to buy our loved ones.

However, in line with the old adage “money can’t buy you happiness,” some recent research suggests that having more material possessions doesn’t necessarily make us happier, and spending money instead in other ways could actually give more satisfaction.

Here we look at what the studies suggest about how buying and living with less may affect well-being.

The most recently published research to look at possessions and their effect on us is well-timed for Christmas. Published last month by the University of Toledo, the new study suggests, perhaps surprisingly, that children are happier playing with less, not more toys. The researchers found that children with fewer toys played for longer periods with a single toy, and played with the toy in more creative ways, giving parents a good reason not to buy everything on their child’s Christmas list this year.

When looking at presents for adults, research has found that although material purchases can bring happiness, it may not be as expected. A 2015 Canadian study found that although both material and experiential purchases gave happiness, material purchases brought repeated feelings of happiness over time while experiences brought a more intense, but shorter feeling of happiness. However, when the team asked participants to look back on their purchases six weeks after Christmas, it was the experiences that gave them more satisfaction.

Other studies have also suggested that instead of buying yourself material possessions, buying yourself extra time can in fact lead to greater levels of life satisfaction, with a study published earlier this year finding that regardless of income, those who spent money on things that saved them time, such as paying a cleaner or for someone to mow the lawn, reported greater life satisfaction.

Meanwhile research from Cornell University also found that people are more grateful, and even more generous, when they enjoy experiences rather than material gifts.

And feeling gratitude itself can lead to many positive health benefits, including increased feelings of happiness, better health outcomes, improved sleep quality, and even improved social cohesion, with Thomas Gilovich, who co-authored the study, suggesting that governments could use his findings to improve well-being of citizens and improve society.

“If public policy encouraged people to consume experiences rather than spending money on things, it would increase their gratitude and happiness and make them more generous as well,” he commented, with the team concluding that, “shifting spending toward experiential consumption can improve people’s everyday lives as well as the lives of those around them.” JB

Does living near a busy road have an effect on heart health?