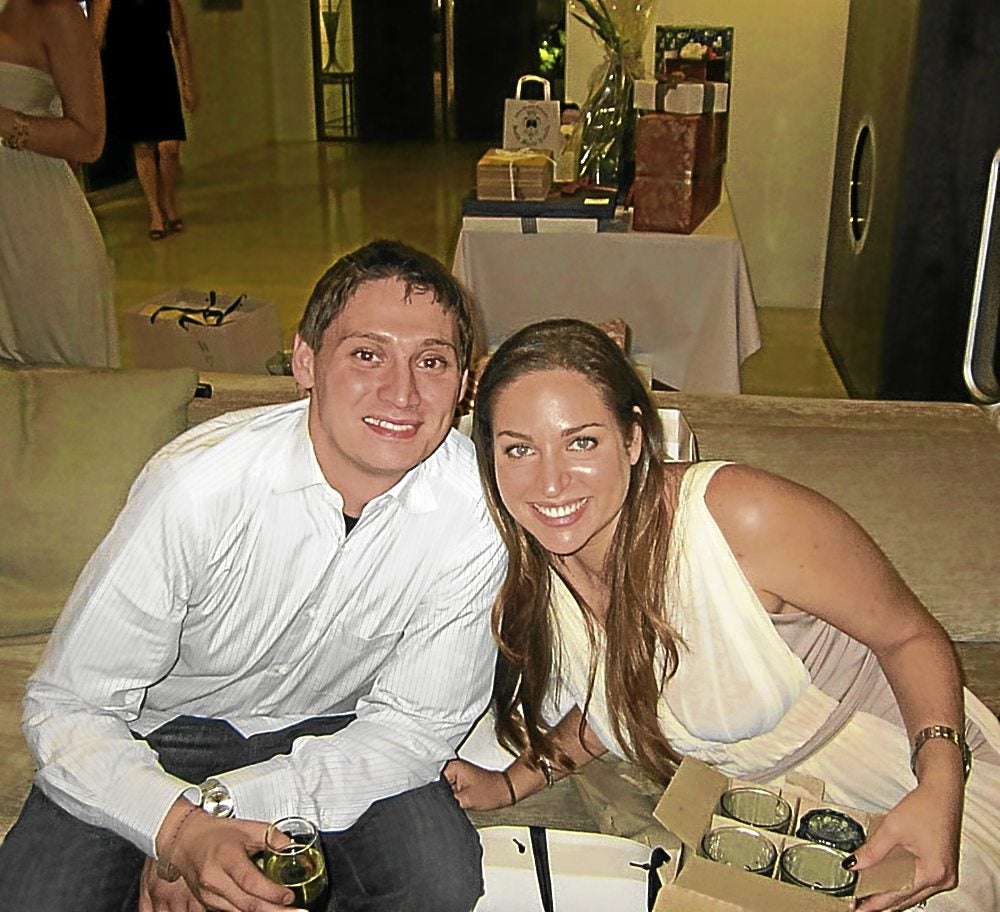 It’s in support of the current campaign “Chilled is Fresh… Chilled is Safe” of the National Meat Inspection Service (NMIS), under the Department of Agriculture. Agriculture assistant secretary Dave Catabagan  and NMIS director, lawyer Jane Bacayo , were both très visible, dahlings.

Invitees overflowed to the sprawling, well-manicured garden, with the excellent, scrumptious dinner prepared by no less than food doyenne Glenda Barretto and her Via Mare staff—succulent fresh and baked oysters; endless canapés; corned beef that had guests going back for more; as well as lechon  and chicken dishes, naturellement,  from Monterey Meatshop, palanggas, which were laid out on the buffet table as centerpieces, fantastically created by Via Mare’s Boy Cano.

“Over time, we have come to believe ‘myths’ about meat that have been proven wrong and sometimes even dangerous,” Obviar explained. “When the meat stays longer at room temperature, the higher the rate of bacteria increase and the possibility of the consumer getting sick when he consumes the meat. That is the very reason why it is of utmost importance to have the meat refrigerated or chilled, to keep bacteria from multiplying.”

Invitees included José Bengzon III, who can sing better than Michael Bublé; 357 Boracay GM Marylindbert Alberto Rosal; San Miguel Purefoods chefs Maricel Manalo  and John Chua, who were chatting about the product, natch; and Magnolia Chicken’s Camille Juan, Anna Nery of Monterey and Joal Arellano, franchising business manager, who had their hands super-full entertaining the guests. Now that’s what being a good host is all about. Di bala, palanggas?

Now you know why Monterey is a consistent recipient of the Best Meat Establishment Award by NMIS.

A bridal shower for Bianca Zobel 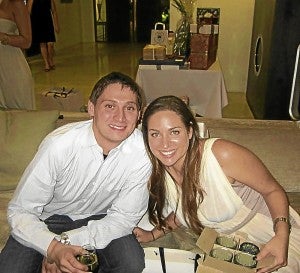 Three close pals—lawyer Liza Araneta Marcos, Sonsoles Barretto and Gina Tabuena Godinez—hosted a super fun shower for bride-to-be Bianca C. Zobel last Thursday, at Liza’s sprawling, well-interiored home in one of the ultra-posh villages in Makati. The theme was “something elegant for entertaining,” and the event started at 4 p.m., dahlings.

Guests showed up to wish Bianca happiness for her wedding next month to the very well-mannered and good-looking Chris Paris Warns. 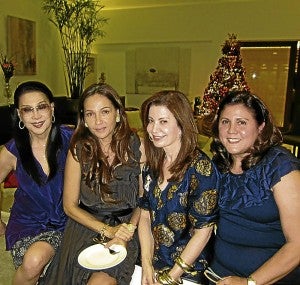 Après  the merienda, invitees were asked to write down their advice for Bianca. Well, the pointers ranged from “Be friends” to “Talk a lot.” Bianca felt the best advice came from Maripi Muscat, who won a prize for her tip: “Don’t stress over your arguments, let the man always think he’s correct, but in the end you get always what you want. Love is like dancing the tango. Enjoy each other, and remember it’s all about the dance.”

Après , Maricris Z. asked Sonsoles B. to collect all the advice cards from the other invitees, “since they were all worth keeping and knowing what marriage is all about,” she said. Sonsoles, tied the cards with a green ribbon and handed them over to Bianca.

Then Sonsoles hosted a little Q&A to see how well Bianca knew Chris (and vice-versa). Chris was game enough to be there, and it was Bianca who got all the answers right! A great way to start a happy marriage, dahlings. The party continued till about 9:30 p.m. while Bianca opened her gifts, helped by her adorable little sister Rocio.

It was a totally fun shower, all the nicer since everyone came in their best afternoon outfits.

They are totally renowned all over Asia, dahlings, so it’s no wonder Tuason Racing School (TRS) has distinguished itself as the longest-running and only professional racing school in the country. TRS launched its newest breeding ground of racing champions, the TRS Cup, powered by Ford Fiesta, at The Plaza of Newport Mall in Resorts World Manila, with tons of racing enthusiasts coming in full force. 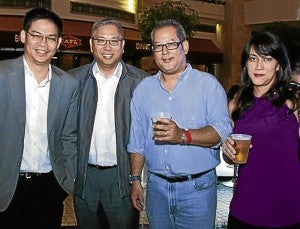 TRS’ vision is to make the Philippines the racing hub for the region and make Filipino racers globally competitive.

“We now believe that racing would be the next sport Filipinos will be known for and excel in. Filipinos are naturally good drivers, and need to channel their skills in the right direction and train to be globally competitive,” explained the brains behind TRS, JP Tuason, founder and president.