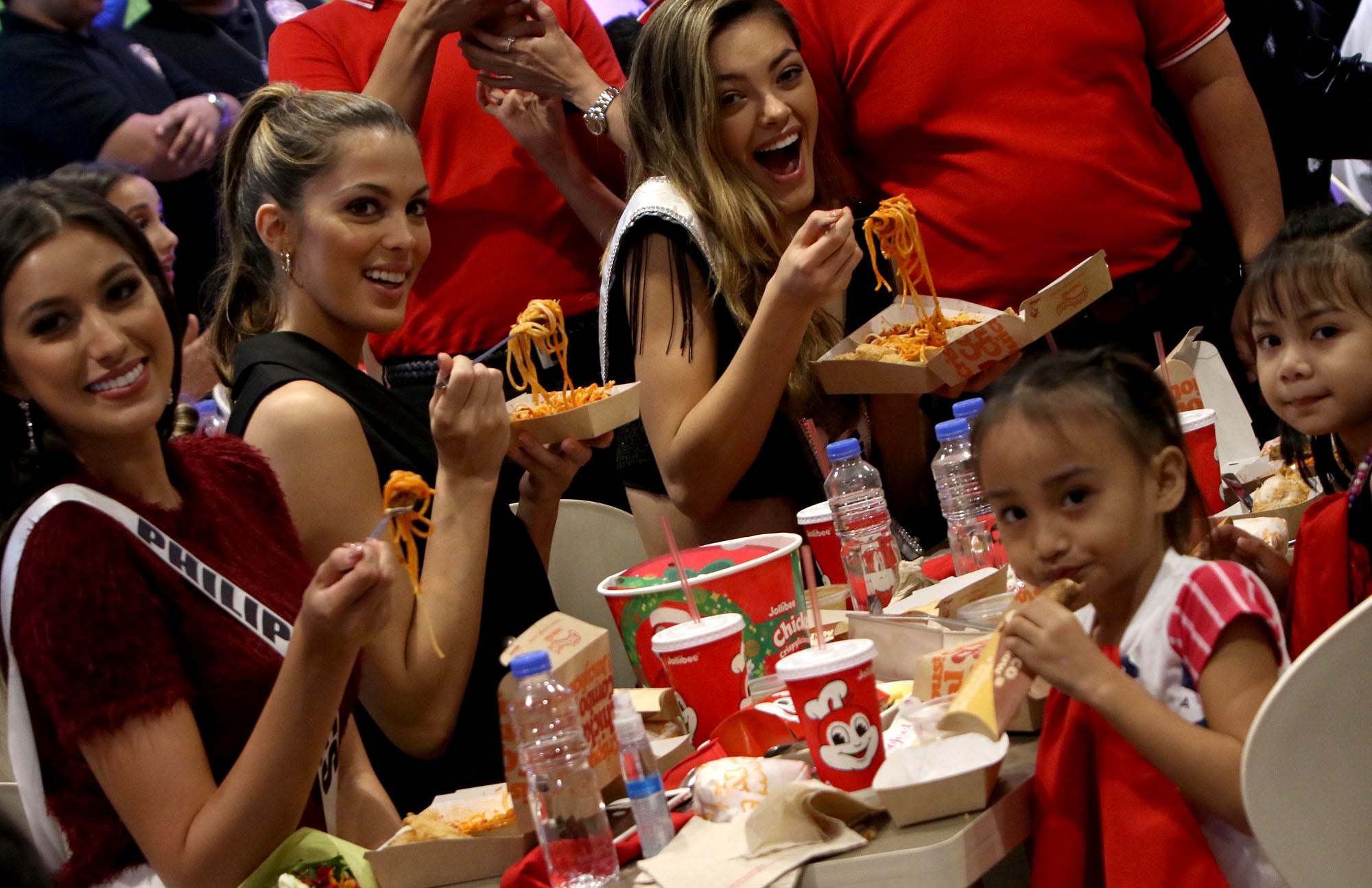 Miss Universe 2017 always had her eyes on the prize

It seemed like Demi-Leigh Nel-Peters was still vying for 2017 Miss Universe title.

In an interview  with Inquirer last December 7 at Jollibee Macapagal Biopolis, the South African stunner said she had been eyeing one pageant: “For me, it’s always been Miss Universe.”

When schedules are too tight, however, the contestant herself gets to choose which pageant she will join.

In the case of South Africa, its candidates prefer Miss Universe, although Rolene Strauss won Miss World 2014, after the reign of Miss World 2013 Megan Young of the Philippines.

The last time South Africa won the Miss Universe was in 1978.

When Nel-Peters snagged the Miss Universe crown on November 26, she told pageant organizers what Miss Universe stands for, its impact on women’s lives, not just winning the title but having the honor to be seen worldwide.

From the day she became Miss South Africa, pageant experts consistently declared the 22-year-old business management graduate a front-runner against the other 91 candidates.

But she didn’t feel complacent. “I appreciate the support that I got on social media” she said, but the judges will determine the winner.”

So, she put her eyes on the prize: “I’ve just always been hard on myself. I woke up every morning trying to be better than I was the day before.”

On pageant night, she kept an open mind. “I’ve given it my everything,” she said. “I wouldn’t say that it was a surprise but you never know and it’s never over until it’s over.”

When she was finally proclaimed Miss Universe 2017, the audience remembered the powerful words she let out every time she had the opportunity to speak—from unity to gender gaps to women empowerment.

Nel-Peters, known as an advocate for breast cancer awareness in South Africa, has a stepsister with a disability.

Barely a month as Miss South Africa, she was held at gunpoint inside her car until she escaped by delivering a blow to the throat of one of her abductors.

She went on to train women in self-defense and plans to continue pursuing it as another advocacy. “I’m really passionate about empowering women and children with skills and knowledge on how to defend themselves not just physically but emotionally as well,” she said. “I think it’s a global problem that women face.”

And like Miss Universe 2015 Pia Wurtzbach of the Philippines, Nel-Peters expressed support to HIV and AIDS awareness. She said: “It’s a very big problem in South Africa, and that’s something I would like to get involved in. know that Miss Universe has great connections and relationships with organizations that raise awareness about HIV/AIDS, and I’m looking forward to getting on board as well.”

Nel-Peters said the Miss Universe crown was something she “wanted even as a little girl,” a motivation for excellence. Her message to the little girls who want that Mikimoto crown on their head: “It’s never just to win the title, but it’s for every young girl to live in a way like a Miss Universe.”

She added: That is how previous Miss Universes have inspired me—to work hard in school, to be take good care of myself, to be healthy and fit and take care of my body, to empower myself by getting a good education, the best that I possibly could.”