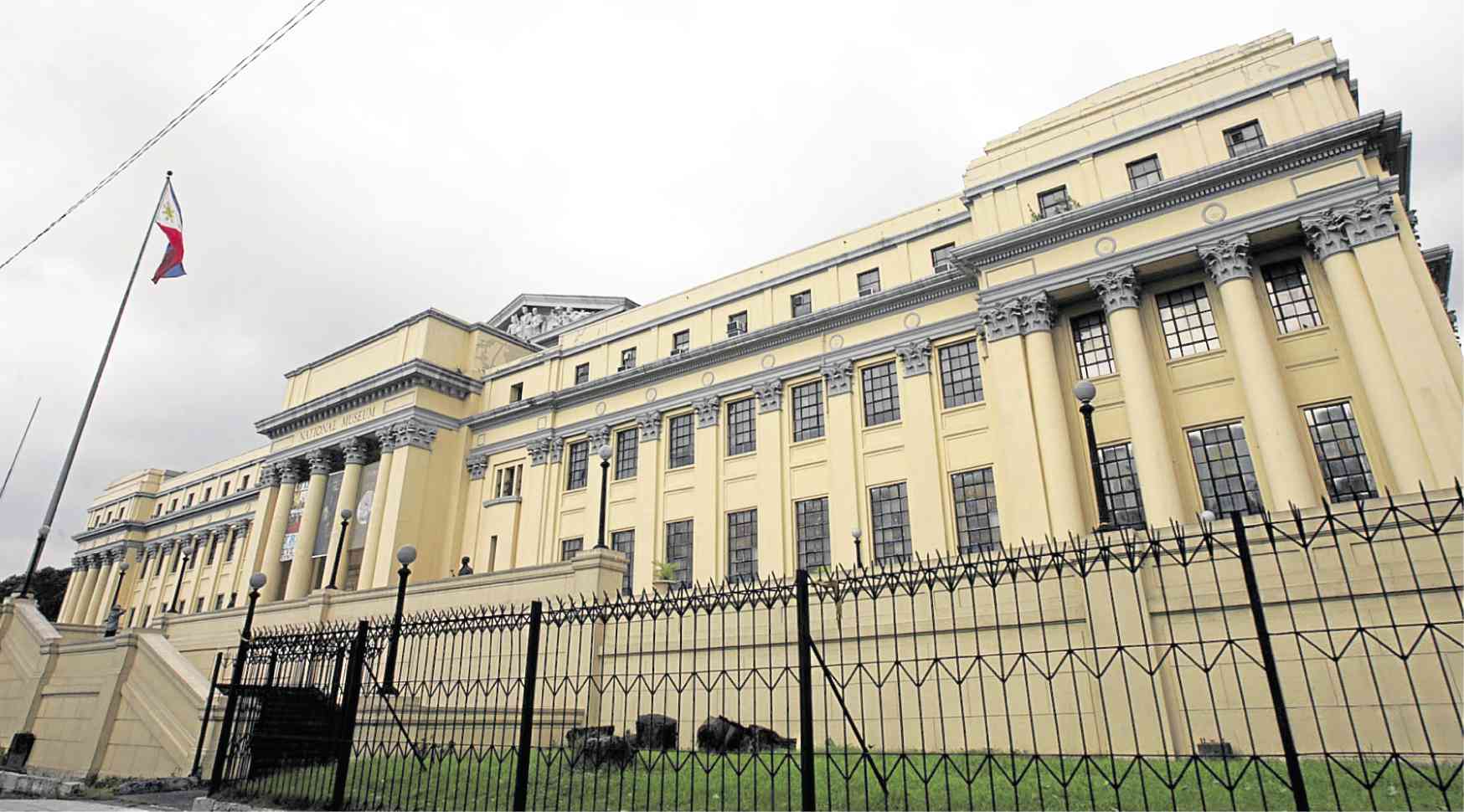 National Museum of the Philippines

Lav Diaz—He’s suffered for his art, now it’s your turn. No filmmaker demands as much commitment from his audience as Diaz, whose glacially-paced, daylong-watching epics such as “Death in the Land of Encantos” and “Norte: The End of History” are truly mind-altering experiences.

Ely Buendia—As chief songwriter of the Eraserheads, Buendia’s hook-laden pop mini-dramas such as “Ligaya,” “Alapaap” and “Ang Huling El Bimbo” captured the inchoate dreams of the pre-millennial generation like no one before, or since.

The Auctioneers—For better or worse, rival auction houses León Gallery and Salcedo Auctions are setting the pace for the local art scene, creating tomorrow’s art stars and defining the art market, for good or bad.

The National Museum—The tag team of director Jeremy Barns and assistant director Ana Labrador resuscitated a moribund institution and turned it into the present-day cultural dynamo. Who’d have thunk it?

Lino Brocka—Although his landmark works predate the Philippine Daily Inquirer, Brocka ushered in the era of the director as auteur. His compassionate critiques of Philippine society have stood the test of time.

Whilce Portacio—Following in the footsteps of pioneers such as Nestor Redondo and Alfredo Alcala, Fil-Am comics artist Portacio was first through the breech with his landmark work on “The Punisher,” “Uncanny X-Men,” “Batman” and “Iron Man.” In his wake would come the likes of Leinil Yu and Gerry Alanguilan and the rest of the Pinoy wave currently dominating the comics industry.

Francisco “Bobby” Mañosa—Tireless proselytizer for Filipino architecture since his landmark “Tahanang Pilipino” (better known as the Coconut Palace), Mañosa has finally seen his efforts pay off with greater acceptance of Filipino design elements among younger architects and their clientele.

Ronald Ventura—It’s just too bad that his name has become synonymous with the record price one of his works fetched at Sotheby’s: $1.1 million. Ventura gets a lot of flak from other Filipino artists, but the irony is, the Sotheby’s record price was a precursor of jacked-up prices of Filipino artists’ works on the world market.

Benedicto “BenCab” Cabrera—The prolific National Artist is also, arguably, our first celebrity artist. (Was Amorsolo ever mobbed by strangers wanting a “Kodak” moment?) BenCab has made his presence felt across various art media, even in theater and fashion.

Wawi Navarroza—Until Navarroza arrived on the scene, a photographer doing only art photography was all but unheard of. Now others have followed in her footsteps.

Junyee—He all but invented Filipino installation art in the 1970s, influencing younger artists such as Santi Bose, Robert Villanueva and current practitioners of the form.

Carlos Celdran—Tour guide, cultural activist and performance artist, Celdran tested the limits of freedom of expression with his “Damaso” stunt at the Manila Cathedral, for which he was convicted of “offending religious feelings.” Well done.

Joey Ayala—In the early years of the Philippine Daily Inquirer, Ayala fused poetic lyrics with indigenous instruments and the world view of a nature mystic, taking the Pinoy folk rock of progenitors such as Asin and Heber Bartolome to the next level.

Felino “Jun” Palafox Jr./Augusto Villalon—Few people had heard of “urban planning” until architect Jun Palafox started making the rounds of talk shows. Then there was an “a-ha!” moment when everyone realized why life in Metro Manila was so intolerable.

Villalon created the niche for conservation architecture in the Philippines and was recognized globally for it. Thanks to his Inquirer column and professional practice, people became aware of the need to preserve, repurpose heritage structures.

Ambeth Ocampo—By making Philippine history palatable to millennials, Ocampo has become a come-on, if not oddity: a popular public intellectual.

Raimund Marasigan—Through his revolving musical projects such as Sandwich, Pedicab and Cambio, Ely Buendia’s cohort in the Eraserheads has proven that it is possible to build a life around indie rock.

Lea Salonga—First we take Manhattan, then we take… Hollywood. From Broadway musicals to Disney productions, Lea has blazed a trail toward truly global appeal for Filipino artists.

Pinto Gallery—If you build it, they will come. Dr. Joven Cuanang’s passion for art has allowed him to build an artist’s community in Antipolo and a popular destination that nurtures the creative spirit.

Peta—The keepers of the flame. Hope springs eternal for the Philippine Educational Theater Association that theater can raise social consciousness.

Lourd de Veyra—Does this beatnik really belong on this list? For one thing, he has managed to parlay his literary aspirations into a career in music, via the Radioactive Sago Project, and on to television.

Club Dredd—In the “alternative” rock era of the ’90s, this club in Edsa (from its original site in Timog), Cubao, was the epicenter of the cultural revolt.

Agnes Arellano—Few artists have explored the primal energy of sexuality as deeply as sculptor Agnes Arellano, working primarily with casts of her own body.

Eric Gamalinda—Although his writing reached its full flowering when he left the country, Gamalinda remains one of our most unique voices.

Ayala Museum—A private sector counterpart to the government’s National Museum, this institution’s offerings are anything but corporate. 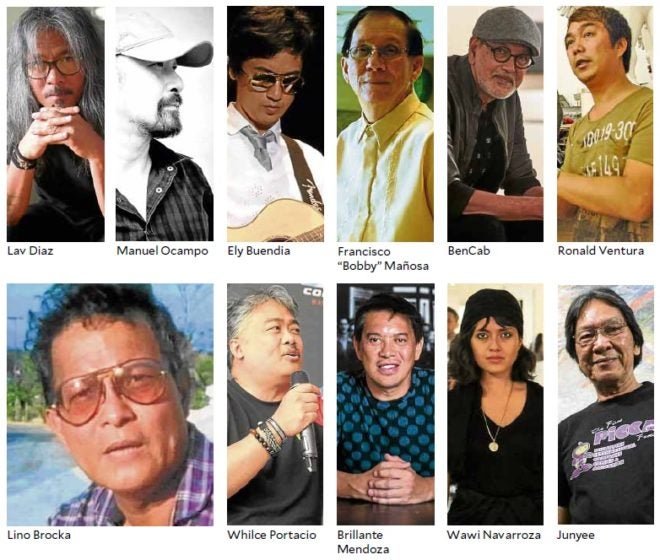