Sandara Park is worth the wait | Inquirer Lifestyle ❮ ❯ 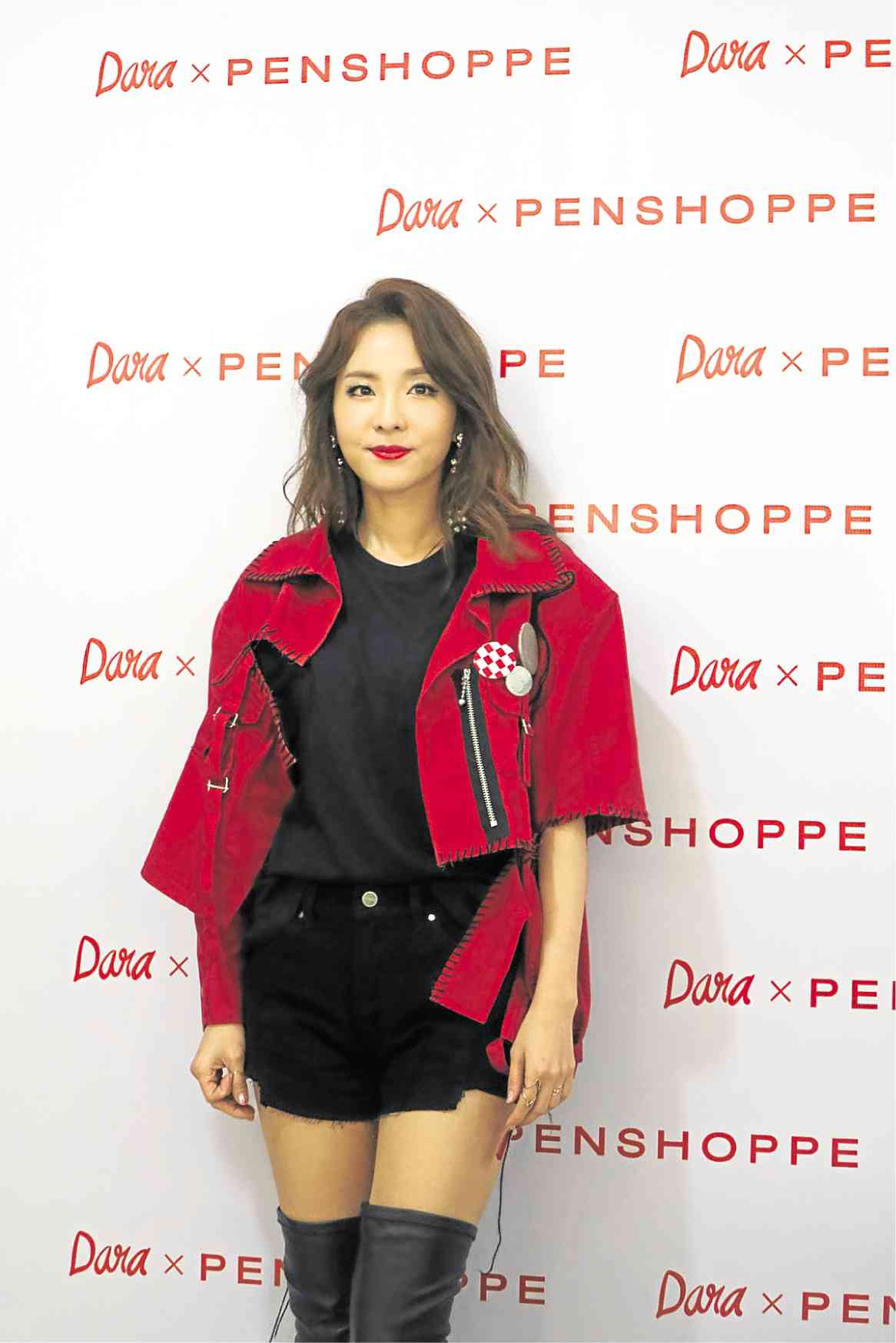 Sandara Park is still how we came to know her: cute, funny and honest

Sandara Park is worth the wait

Since Penshoppe Presents Dara was announced on social media, Sandara fans and Blackjacks alike had marked their calendars for the much-awaited fan meeting. There was only one place to be on the first day of December—the Kia Theater in Quezon City.

It seemed like an ordinary day for the rest of Manila, but at the entrance of this Cubao theater, fans of all ages (some even required mommy’s supervision), patiently queued hours before the event.

One of them was Roxanne Sergio, who came as early as 4:30 a.m. to line up. She was the first one at the venue, and she has the fast jeep ride from Antipolo City to Cubao to thank.

This 21-year-old has been a fan of Sandara Park since her Star Circle Quest days.

This is the first time she’s seeing her idol in the flesh, she said, courtesy of the recent purchase she made of a pair of denim jeans and Sandara’s current favorite, the white Penshoppe hoodie.

“Tiwala naman ako sa voice niya, even if she is performing alone. I hope she sings the classic 2NE1 songs because I’m sure they arranged it to fit her voice, and I can’t wait to hear that,” Roxanne told Super.

She ended up with a much deserved front-row seat, and can even see herself from the photo Sandara posted after the fan meet. Patience is indeed a virtue.

Some of Sandara’s fans came straight from their classes that day, too. A pair of college Accounting sophomores started their school day at 6:15 a.m., and after five classes, they rushed to the Kia Theater.

“We still listen to 2NE1 songs everyday, and today we’ll get to scream like there’s no tomorrow,” Kianna Villareal and Shannen Laforteza said. While in line, the girls gushed about Dara’s chemistry with Bigbang’s G-Dragon, and ranted about the artist’s online bashers.

“Don’t let yourself get affected by the mean things they say,” they told Dara.

These two girls, can’t imagine ending their long day (and starting the month of December) any other way—and we can’t blame them. Sandara Park, even without the rest of the 2NE1 gang, was worth the long wait.

“That night was a real flashback Friday night for all Blackjacks. It left me with such good vibes that will keep me smiling til the end of the month,” Roxanne shared after the concert.

The earlybird-slash-fangirl also came up with a message to her idol using the night’s setlist (brace yourself for some cheesiness): “DO YOU LOVE ME as a Blackjack? Because you lit up the FIRE in my heart. Maybe IT HURTS not to see the other members onstage but you proved ‘I AM THE BEST.’ The Blackjacks, including myself, will always be GOOD TO YOU—and CL, Bom and Minzy. We’re MISSING YOU already,” she said.

As she carried the same message of every fan in that theater that night. This young girl only had one hope—that, maybe, Sandara will be able to read it.

Sandara has been used to the spotlight being in showbiz since her teenage years.

She let out heavy sighs as each song finished, not really because of exhaustion. But with every track, she was conscious that time was ticking away.

She didn’t want to leave that stage—and no one in the crowd wanted her to.

Sandara told the Blackjacks that singing and dancing to live music kept her alive. It’s what she wants to do the most. Not only could they hear the sincerity in her cracking voice, they felt it.

She then sang “Can’t Nobody” and “Go Away,” and it was when the audience sang the loudest.

She closed with “I Am The Best” for her encore and it spoke volumes.

It was ultimately an empowering reminder for herself as she ventures on to the proverbial new chapter of life. And there was nothing like an eager crowd to help this artist realize that she is the best as she does the best that she can.