Thumbs Up/Thumbs Down: 32 juicy happenings, stories and trends through the years | Inquirer Lifestyle 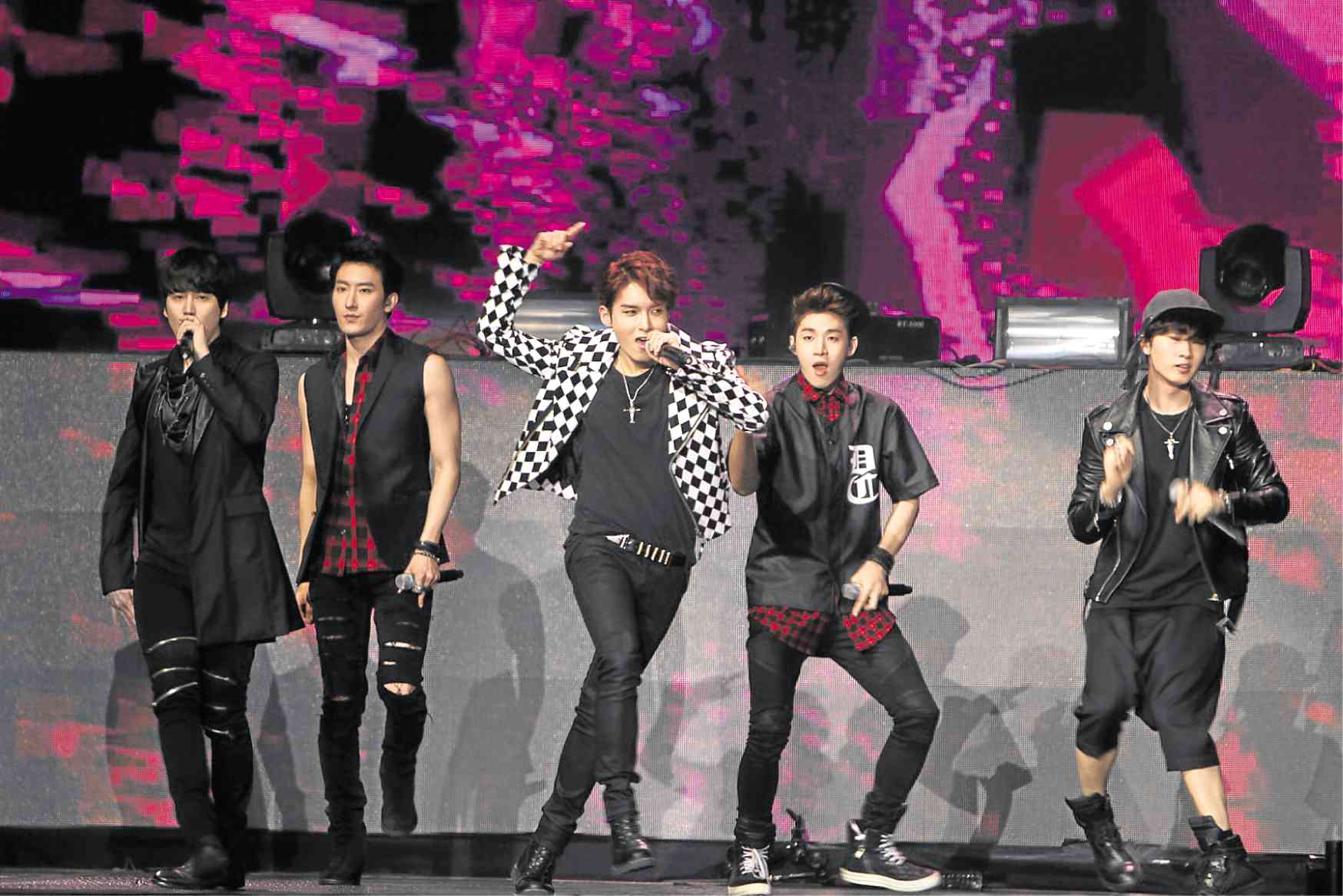 Thumbs Up/Thumbs Down: 32 juicy happenings, stories and trends through the years

Pinoy talent: Lea Salonga and Monique Wilson blew our minds when they bagged lead roles in “Miss Saigon” in 1990. They opened the floodgates for other Filipino talents.

Filipino artists with works fetching millions in auctions abroad are not far behind. And the Philippines has also participated in the last two Venice Biennale art festivals.

Accessible art: The continuous increase in annual attendance in events like Art In The Park and Art Fair Philippines should prove that art and culture are not elitist.

Haute Pinoy cuisine and the popularity of culinary courses: While the world still awaits Philippine cuisine’s moment, many local chefs now have their shows, restaurants and fan bases. Pinoy cuisine has been featured in CNN and the like, while Margarita Forés was named Asia’s Best Female Chef.

Food tourism: Guided tours to restaurants or hotels noted for good food have now become part of travel itineraries. Social media is also peppered with personal accounts of treks to try a destination’s delicacy or specialty.

Filipino beauty queens: Filipinos use “pageant” as verb (“puma-pageant”). That’s how obsessed we are with beauty pageants. The next Gloria Diaz, Margie Moran or Rachel Peters could very well live just across your street.

Corporate social responsibility: It’s called spreading the love and giving back. Big business now has the consciousness to support the community.

The demise of “wangwang” culture: Many thought it wasn’t possible, but President Noynoy Aquino put a stop to the nuisance of using a loud siren or “wangwang” to bully one’s way out of traffic. The policy was a clear message against abuse of authority.

Staycations: A respite from daily stress is a necessity, but traffic and crowded airports can dampen the most dogged vacationer. Thank heavens for the internet and live streaming. Now we have that sexy word “chill.”

Condo living: With the daily commute a challenge, the economy improving and the real estate booming, Filipinos are opting to live in condos.

Vicki Belo: She single-handedly made liposuction a household word, and for the past decade has introduced us to the world of enhanced beauty. But more than the nips and tucks, Belo merged medicine and show business. She and now husband Dr. Hayden Kho also showed that “meant to be” is not just a cheesy phrase in a slam book.

Five-star care: Who said hospital confinement should be boring? Hospitals that feel more like hotels than medical institutions certainly improve the experience. There’s even live piano music on the lobby. A hospital offers concierge service that includes airport pick-ups.

The Azkals, Gilas Pilipinas, Philippine Volcanoes and other Philippine sports teams: More than endorsing clothing brands, food and beverages, these athletes ignite our love of country when they don their jerseys and wear our national colors.

An empowered LGBT community: Lesbian, gay, bisexual and transgender brothers and sisters are now allowed to bloom, quietly or flamboyantly, whatever their choice—as long as it’s theirs.

Thumbs Up, Thumbs Down

The internet and social media: Remember Arab Spring? It became the strongest argument for the clout of social media. Both empowering and insidious, the internet has provided avenues for information, decision-making and life-planning unavailable in the last century. We now have OOTDs, blogs and trolls. Relationships are easily made or shattered. Just press “Send.”

The shrinking print media market: While the power of online news is undeniable, pundits believe print is not about to sing its swan song, if only we realize its next creative purpose soon enough.

Local art auctions: Their regularity is a welcome indicator of the art community’s vibrancy and the availability of what is considered good art, notwithstanding the intrigues in the industry.

Bryanboy: The small town boy from Muntinlupa’s Barangay Tunasan
hobnobs with the likes of Anna Wintour and has a handbag named after him by Marc Jacobs. Once accused of credit card fraud, the power blogger formerly known as Bryan Grey Yambao continues to frustrate his haters. You know what they say about living well…

Senator Manny Pacquiao: The boxing hero who carried eight concurrent titles at one time had the power to clear Edsa of traffic, keep the city on a standstill on the Sunday mornings he was set to fight, and unite the Filipinos. His real friends, however, wish he would not consider re-election in 2022.

Reality TV: Remember when IBC-13 had a mini-resurrection in the early 2000’s? “Who Wants To Be A Millionaire?” was a game show that stirred up TV ratings, but it took the local franchise of “Big Brother” to turn things around. Right now, we have a squadron of singing contests. Until the next light bulb moment…

Midnight sales: Midnight sales became a thing in the early 1990s, drawing crowds to the malls. Lately, however, exiting shoppers worsen traffic at night, prodding authorities to call for a stop.
Designer bags and the “triple-A”: They are the status symbol that some women can’t live without, giving rise to online selling sites, even scams.

Traffic: But when one is late for work because of nonstop encounters with wayward tricycles, habal-habal, jaywalkers and undisciplined fellow motorists, it becomes easy to believe Dan Brown’s assertion about Manila as “the gates of hell.” And it only gets worse when government officials blame their predecessors instead of finding solutions as their jobs require.

Clogged Naia terminals: We made it out of the World’s Worst Airports list and spruced up Terminal 1 of the Ninoy Aquino International Airport. But having the same runways accommodating more and more flights and passengers is a lot like simply adding more and more vehicles to Edsa.

Art forgeries: A downside to art appreciation is the unscrupulous attempt by some quarters to cash in on the enthusiasm of mostly newbie aficionados. There are also old patrons who are offered “works” by H.R. Ocampo, Vicente Manansala and Fernando Amorsolo by parties who have obviously studied their personal preferences to “customize” what to offer them.

The “Gucci Gang”: They were Manila’s version of Bright Young Things. Trouble began when a member’s alleged lover accused him, in a series of blog posts, of squandering 70,000 Australian dollars. What followed was the lover’s sordid account of the hip and happening group’s lifestyle.

The Brunei Beauties: A so-called Senate fiscalizer wondered why local actresses were being flown to Brunei faster than domestic help.

Manila Film Fest 1994 scandal: A male Gutierrez scion hadn’t even opened the envelope naming the season’s Best Actress when Miss Mauritius (Viveka Babajee) suddenly announced Ruffa Gutierrez as the winner. Aiko Melendez was robbed of her victory and Manila Mayor Fred Lim made good his vow to charge the culprits in court for fraud.

Actors and athletes turned politicians: The reopening of Congress in 1987 paved the way for the reinvention of a considerable number of aging showbiz icons and sportsmen. Take your pick of their faces now flooding TV and social media.

The break-up of Kris Aquino and Joey Marquez: Perhaps the only time in local broadcast history when ABS-CBN and GMA-7 engaged in a real time tit-for-tat was when the ex-lovers traded very personal accusations. Coffee shops buzzed for weeks after that.

The Birkin Scam: Shiela (not her real name), an audacious ex-flight attendant, gypped well-off friends of an estimated half-a-billion pesos with a proposal to “invest” their hard-earned cash in Hermès Birkin bags.

The liberation of Susan Bayot Ortigas: The esteemed high-society figure’s accusations of concubinage against husband Francis “Paqui” Ortigas III, the country’s ex-ambassador to Mexico, was the juicy sidebar to the Corona impeachment trial in 2012.

Susan’s supporters could only shake their heads. Susan was a good cook and a good hostess. Marian’s specialty, the detective said, was spaghetti and fried chicken.