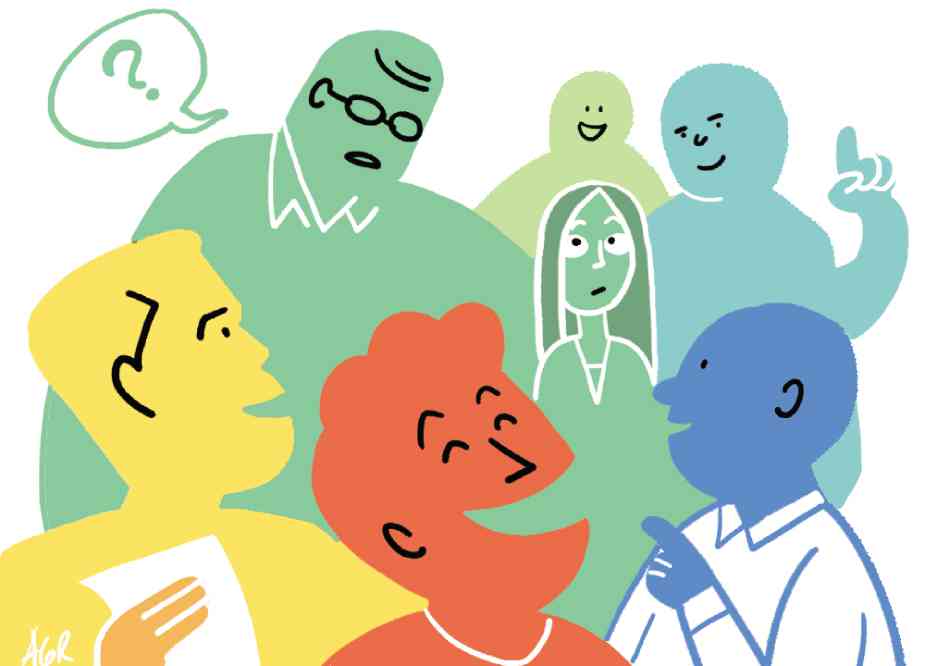 There’s a running joke in the Lifestyle section (or, at least, in our noisy corner of the Inquirer office) that one veteran writer is so old, he covered the 50th anniversary of the 500-year-old University of Santo Tomas—and even reported on the Pact of Biak-na-Bato in 1897.

The writer, who retires from the Inquirer this year after 30 years of service, types his stories in a tuldok manner. He uses only his right and left forefingers to encode his 8,000-character story and, when done, summons me to transfer his piece to the office’s publishing platform for layout.

I select the text, hit the Control and C keys, switch windows in an instant, create the file, hit the paste shortcut, and voila! And when this happens—every week, without fail—coupled with a few questions like how to forward an e-mail or what a PDF file is, you know you’ve been visited by the newsroom OG.

She was editing a story for the youth section and the slang was alien to her.

The newsroom OG predates hashtags, tweets, trending stories and digital papers. The OG’s current turf is the print newsroom, but he/she will tell you that back in their reporter days, they would phone their stories to the editorial office so the person on the other end of the line could type the copy.

Before messaging apps like WhatsApp, OGs used hand-held radios for communication. And, in true walkie-talkie fashion, they were given codenames like Tiger, Volvo and Bishop.

OGs are the most discerning type of people you’ll meet. They weed out the unnecessary article, they give a boring story more than a bit of oomph, and, no matter how bad their eyesight is, they can spot that dangling modifier a mile away.

These OGs can operate a computer and scroll through Facebook like any other. But when they send a job, they always come in a dummy—a broadsheet-size paper with some red markings. That’s a mock page, and the drawing is the preferred layout.

Just like graffiti on a wall, the newsroom OG’s penmanship can be hard to crack.

Sometimes they can be surprising—like Arts and Books editor Lito Zulueta sending messages on Viber at 3 a.m., asking for his stories to be shared on your personal account.

In this age of multimedia reporting, this OG likes updating his Twitter followers only when there is some big Papal news, or when his favorite Korean boy band releases a new music video.

OGs like to hide their real age, but they are consistently bad at lying about it.

In first grade, my classmates used to say I was named after Lavinia of “Sarah Ang Munting Prinsesa.” (I was not.) I had classmates named Sarah and Charlotte, and the three of us would complete the lyrics: “Sarah, Sarah, prinsesa/ Lavinia, Lavinia, inggitera/ Loty, Loty, iyakin.”

But, in the newsroom, OGs asked if I was named after Lavinia, Cherie Gil’s villainous character in the 1985 film “Bituing Walang Ningning.”

On typical Friday night overtime, when pages have been laid out and the articles are done, one editor would say, “Do you remember this ’80s person in this decades-old film?”

And that would cue a theatrical flashback Friday of ’80s pop culture and other such throwbacks—no Instagram post required. I, the ’90s kid in the group, would always ask something stupid like, “What is DI?”

“Di nga?” I asked, thinking he was just playing me.

He was not joking, and about four editors filled me in on that era when society ladies would bring their DIs to parties and social events.

OGs are particularly obsessed with the word “millennial.” They still haven’t figured out that millennials refuse to be categorized as such, and that using that word in a story head does not translate to clickbait for this age group.

Once in a while, OGs enjoy talking gibberish like, “Wow! Lodi ka talaga! Petmalu!” But they never fail to write compelling stories—the ones that can stoke the fire within, or tug at heartstrings.

Opinion editor Chato Garcellano once said: “May we never lose faith in the written word even in this age of alternative facts, fake news, limited attention span, 140-character declarations. And may you always receive declarations of love in an essay—not merely in a tweet.”